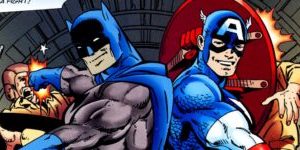 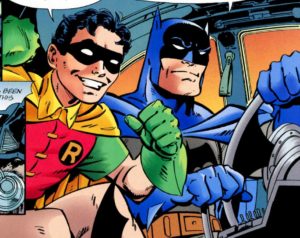 Happy Independence Day from Strange Times & Places, where this week we’ll be visiting a world the Sentinel of Liberty coexists with the Dark Knight Detective during World War II – the world of John Byrne’s Batman & Captain America!

It’s hard to categorize, but I suppose I’d call this one a Royale With Cheese. Neither Batman nor Superman’s histories are particularly different from canonical material that portrays their 1940s adventures (when Batman is said to have had some…), they just simply happen to coexist. 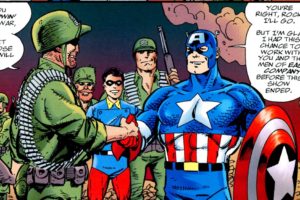 Batman & Robin are hot on the trail of The Joker, who is pulling a series of jobs far outside his usual thuggish M.O. – targeting personnel and materials being used by the top secret Gotham Project in the creation of the atomic bomb! Someone’s clearly pulling the Clown Prince of Crime’s strings, and the U.S. government has a suspect – conspicuously clean Gotham Project benefactor Bruce Wayne. They’ve recalled Captain America and Bucky from the European front to go undercover and catch Wayne red-handed, but it will take the combined might of these Dynamic Duos to tackle the REAL culprit 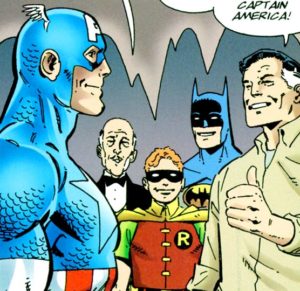 Come back next week for a new installment of Tokusatsu Gesundheit!