Happy Friday to you all.  I hope your week has gone well and welcome to the weekend!  This week’s Fabulous Find focuses on the 60’s television program The Man From U.N.C.L.E., or at least some of the collectible merchandise from said show.  Actually there was/is quite a bit of collectible swag out there for the serious collector.  I don’t have time, or the room, to talk about it all, but will look at a couple of the more affordable items I’ve pulled from my own collection, or hope to add soon.

I do want to mention that the first tie-in was the original book series based on the television show.  This series of paperback books was published by ACE Books, with the first one published in 1965, simply entitled, at least on the cover; The Man From U.N.C.L.E. (G-553), though the actual title is ;The Thousand Coffins Affair and it was written by American author, Michael Avallone.  The series was written by various authors and ran through book number twenty-three (#23); The Finger in the Sky Affair, written by English writer, Peter Leslie and published in 1966.  Here are the covers to these books, from my personal collection: 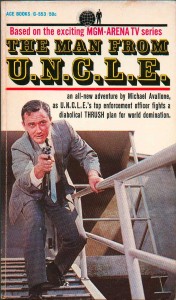 If you’re interested in more information on the individual books, please let me know and I can provide you additional information.  I own the complete series.

Next up was the Man From U.N.C.L.E. digest magazines.  These began shortly after the publication of the first paperback book original novels.  They first made the scene, cover dated February 1966, and were published monthly, through January 1968.  I think these are harder to find than the paperback novels and also harder to find in great condition.  The first issue contains the story; The Million Monster Affair, written by Robert Hart Davis.

Some of the later, i.e. higher number, Ace paperback books can also be tough to find and it sure helps to know someone in the used book business!  And I’ve been lucky in that regard and which has enabled me to complete my collection!

Okay here’s a couple of those covers, the first and second issues from 1966: 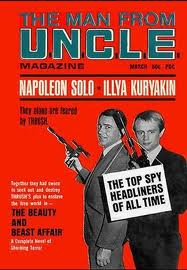 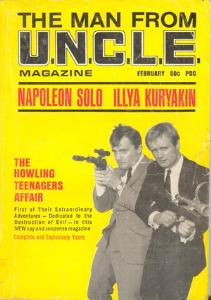 So what other Man From U.N.C.L.E. can I show you here?  Well, I also own my very own Man From U.N.C.L.E. badge.  It’s made from plastic and has a pin to attach it to my shirt/jacket, etc.  I’ve had mine for a really long time and I’m not exactly sure when and where I picked it up from.  I don’t remember buying it new, but I don’t think it’s something I picked up at a convention, so maybe I traded for it when I was a kid.

I guess my memory isn’t what it once was!  But that doesn’t mean that it’s not still something I cherish, or at least think is pretty cool.  But then again, I tend to love all things from the 1960’s!  So I guess I’m not really revealing anything new to my readers!  The badge is manufactured by Ideal and dates to 1965.

So here’s a scan of my badge and also a scan of the display for the badges that I was able to find on the internet: 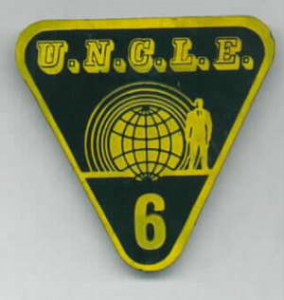 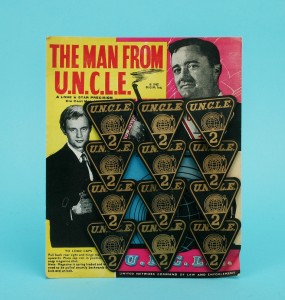 The next Man From U.N.C.L.E. items I would like to discuss, are the games that were produced and sold based on the television show.  If I haven’t said so before, I love old board games, as well as, so many other things!  And yes, my wife is beginning to suspect that I’m a hoarder!  And there may be some truth in that, but I prefer the term, collector!  Though one of these days, I’m going to flat run out of space!  Then look out world, who knows what may happen!

Anyway back to the Man From U.N.C.L.E. games.  There was one board game produced and two separate card games.  I only own the board game, but the card games often are available on eBay, but so far I’ve managed to resist buying them.  Here’s what the board game looks like: 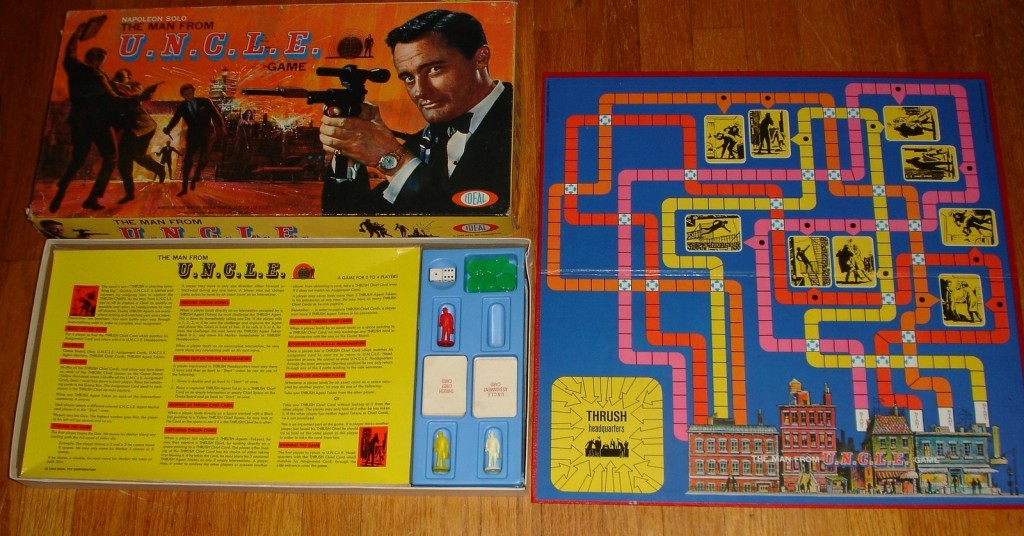 And even though I don’t own the two card games, I’ve grabbed a couple of pictures from the internet so that you can see what they look like, as well.  I think the one entitled; The Man From U.N.C.L.E. is relatively inexpensive and easy to find.  the other one, entitled; Illya Kuryakin, is more rare and you’ll expect to have to pay more for that one.  Here’s scans of those two card games: 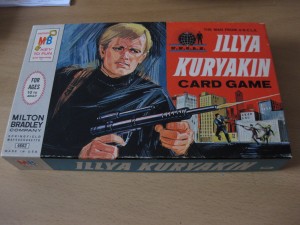 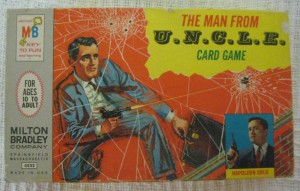 And before I wrap this Fabulous find up, I ought to mention the three stars of the hit television show which aired on NBC from September 22, 1964 through January 15, 1968.

And those stars were; Robert Vaughn, as Napoleon Solo, David McCallum, as Illya Kuryakin and Leo G. Carroll, as head of U.N.C.L.E., Alexander Waverly.  Here’s a photo of them: 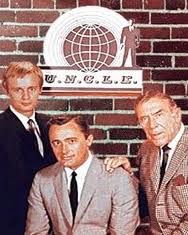 I hope you enjoyed this Fabulous Find and come back in two weeks for the next installment.  And don’t forget to check out my RETRO REVIEW post next Friday.  Finally I leave you with this image: 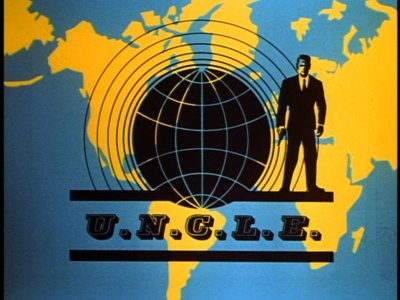