Batroc The Leaper: Joke or Threat? 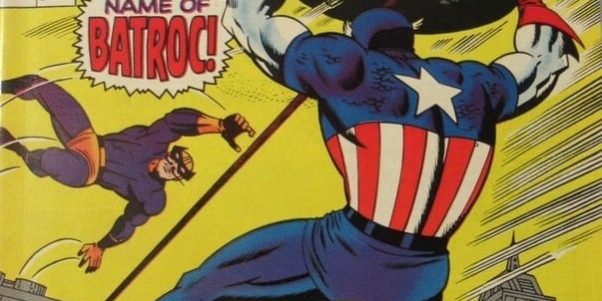 Welcome back to My Hero! Each week, Back to the Past uses this column to tell you why the obscure characters from our custom action figure collection are great! Years ago, we purchased the life’s work of an artist and comic fan whose chosen medium was granting forgotten comic characters the action figure immortality denied to them by major toymakers. We’re still sorting through it all, and we’re making new finds every week! This week’s find, who will soon be available on ebay, actually has been immortalized by the Marvel Legends series in recent years. He was, however, left out of the Toy Biz era that inspired this figure: Captain America’s longtime foe Batroc The Leaper! 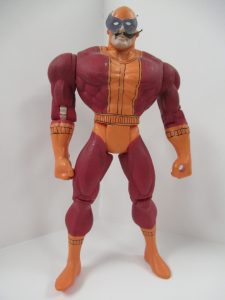 Batroc The Leaper as he appears in our Custom Action Figure Collection.

Worth noting: his first and second appearances, as well an early appearance of Batroc’s Brigade, all come to auction tomorrow! Bidding will be live in-person and online for a beautiful collection of high grade, single owner comics from the late 50s up into the 80s. This isn’t one to miss, folks.

Batroc The Leaper (real name George Batroc) debuted in 1966’s Tales of Suspense #75. He was created by Stan Lee and Jack Kirby to serve as a physical match for Captain America, whose comic book iteration didn’t so much have “super powers” as “peak human abilities” at the time. As such, a guy like Batroc could hang against him with dedicated training. Batroc is a mercenary hired by THEM, the scientific cabal that would become the evil beekeepers of AIM, to obtain a capsule of the isotope Inferno 42.

Batroc’s reputation preceded him, being recognized by Cap as “Batroc the Leaper, eh? A master of la savate, the French art of boxing with the feet!” Which isn’t wholly accurate, but close enough for Silver Age Marvel. The two fight their way around Manhattan in pursuit of Sharon “Agent 13” Carter, who also makes her debut in this story as the courier for Inferno 42. He manages to secure the chemical and escape with his bosses, only for Cap to find that he’d successfully diverted their attention long enough for Sharon to switch the cylinder for a fake.

Batroc is a bit of a walking stereotype, rocking a pencil-thin waxed mustache that continues off his face and speaking with an accent befitting a cartoon character. In his second appearance, he works for HYDRA to capture Cap before turning on them for being “men wizout honair”.

Batroc’s status as a gun for hire made him a long-running villain not just for Captain America but the Marvel Universe in general. Either alone or assisted by a revolving lineup of mercenaries in Batroc’s Brigade, he has battled Iron Fist, Hawkeye, Black Panther, The Defenders, Deadpool, Union Jack, The Heroes for Hire, and Gambit. Despite being a collection of French stereotypes originating from the 60s, he continues to pop up as a serious threat to Captain America to this day. 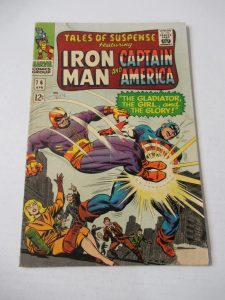 Batroc’s 1st cover appearance in Tales of Suspense #76. His coloring has varied from purple to magenta over the years.

That mix of silliness and enduring use has put him in a somewhat unique position. He’s been able to cross from Captain America titles into humor-based books like Great Lakes Avengers or The Unbelievable Gwenpool and back again without either feeling out of character. While other “silly” old villains get radical redesigns or new codenames (Water Wizard being a prime example), Batroc Ze Leapair remains unmistakably himself wherever and whenever he appears. His mixture of explicit eccentricity and deadliness make him a pretty fun foe.

Appearances in the MCU

Batroc’s status as a mainstay, if B-Tier, Captain America foe has lead him into the Marvel Cinematic Universe. Portrayed by French Canadian martial artist Georges St-Pierre, Batroc is a mercenary whose work brings him into conflict first with Captain America and later the duo of The Falcon & the Winter Soldier. In fact, his enmity with Super Soldiers spans the Multiverse, with St-Pierre voicing the character in an episode of What If? featuring Captain Carter.

That’s what lead to him getting a comics-accurate Marvel Legends figure a few years back. However, Captain America was largely an afterthought in the 90s Toy Biz era. Accordingly, Batroc – like basically all of Cap’s iconic foes – didn’t get an action figure then. If you want a Batroc to fight your Spider-Man: The Animated Series or Avengers: United They Stand Captain America figure, you need the one in our Custom Action Figure collection. And if you’ve got collection like our custom figures, be it more customs, original art, garage kits, convention sketches, whatever – and are looking to sell it, get in touch!