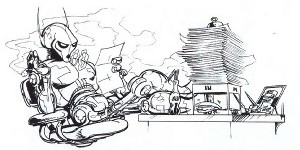 Welcome once again to another Fabulous Find!  This week I thought I’d spotlight one of my favorite fanzines, CPL, or it’s proper name; Contemporary Pictorial Literature!  With a name like like it’s got to be good, right?  The issue I’m going to be speaking about this time around is issue number eleven (11).  It was published in 1974, by CPL/Gang Publications out of Indianapolis, Indiana. This issue focused on articles and artwork based on Marvel, DC and Charlton Comics.  It is published in a five and a half by eight and a half format, so digest sized.

The CPL Gang was a group of comic book fans who published a number of fanzines during the mid-seventies.  They started with Contemporary Pictorial Literature, CPL for short, and eventually went on to published the Charlton Bullseye.  The group was founded by Bob Layton and Roger Stern, but also included members, such as, Roger Slifer, Duffy Vohland, Don Maitz, Steven Grant and John Byrne!

Layton and Stern began publishing their fanzines out of Layton’s apartment in Indianapolis.  CPL featured a mix of articles, interviews, columns, art, and comics strips.  They eventually were able to get a lot of industry professionals to contribute to the fanzine, making it a joy to behold!

A character, Rog-2000, created by John Byrne,  as the CPL “mascot”, went on to become a character in the Charlton Comics universe.  He appeared first within the pages of CPL, but then “graduated” to back-up stories in Charlton’s E-Man comic!

Here’s what John, himself, had to say about the creation of Rog-2000: “Bob (Layton), along with Roger Stern, ran a fanzine called CPL, out of Indianapolis. I got hooked up with them, providing spot illustrations. One day I sent in a drawing of a robot with his arm blown off. Since there were several people named Roger “on staff” at the time, Bob decided this was the latest editor, and dubbed the robot ROG-2000. Roger Stern then got in touch with me and asked for more. Since I had no access to xerox technology at the time, I had to work from memory, and the robot I came up with was somewhat different from the original. The illustration of him sitting behind a desk, reading mail, is the first official ROG-2000 drawing.”  And here it is: 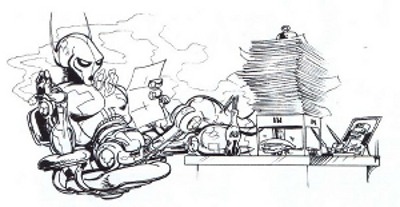 With CPL rapidly became a popular fan publication, this led to Layton and Stern forming an alliance with Charlton Comics to produce and publish a one-shot called Charlton Portfolio (actually CPL #9/10) in 1974!  Twelve issues of CPL were published in total.  Though issue #13 was promised, it was never published.

This issue leads off with a nice Alex Toth cover, showing a freighter being surrounded by “guitar pick” spaceships!  A pretty cool graphic, though as far as I know not having to do with any published strip Toth ever worked on.  If you know otherwise, I’d be interested in knowing.  Take a peek: 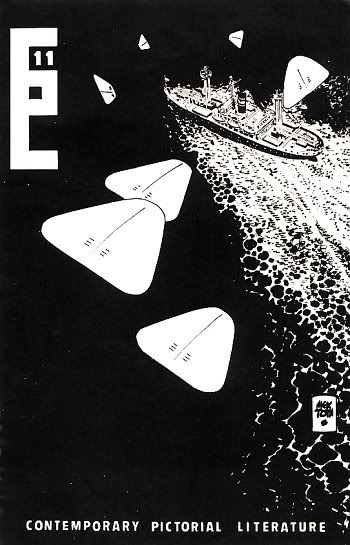 The fanzine contains lots of art, articles, columns and comic strips.  There is something for everyone to find enjoyable this issue.  New editor, Roger Stern, or as he’s known within the ages of CPL, Sterno, provides a three page editorial explaining that he’s taking over the reins from Bob Layton, though Bob would still be around.  This change was caused by Layton’s turning pro at this time.  His editorial is even flanked by a nice illustration by Bernie Wrightson.

But even before that, there is a nice full page drawing of Ka-Zar and his saber-toothed tiger, Zabu done by artist, Don Maitz.  It’s so nice I’ll share it here: 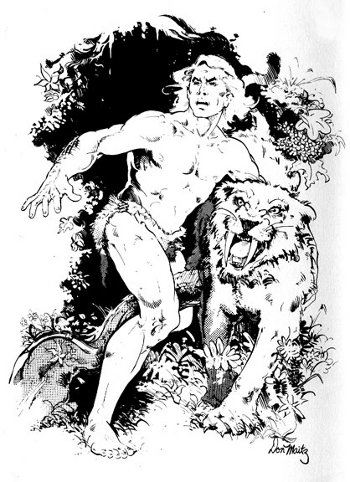 Next  issue # 11, is a column entitled; Further Muck Meditations by Steve Gerber.  Then a couple full page illustrations provided by Rich Buckler.  Here’s his Thing from Marvel Comics: 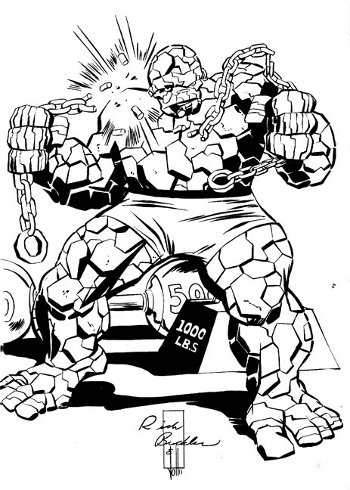 The Thing by Rich Buckler

Next up is another column entitled; Northern Lights written by the aforementioned John Byrne, discussing Galactus!  At the end if the column, he promises to cover Darkseid in the next issue.  Followed by a great Gil Kane illustration of Marvel’s Iron Fist!  Take a look: 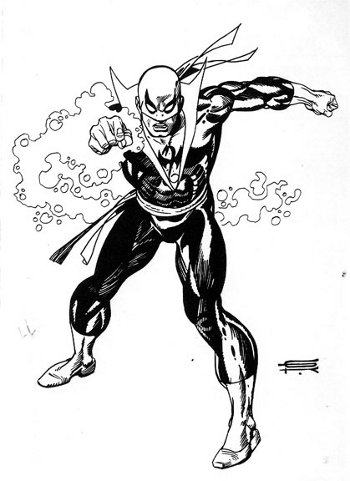 Followed by a column entitled; Sterno’s Hot Ones.  This issue he takes a look at the “Fastest Streaker Alive”, discussing comic book writer, Cary Bates and D C Comics’ The Flash!

Rich Buckler provides a very nice two-page centerfold illustration of Marvel’s Deathlok, the Demolisher, which I also must share: 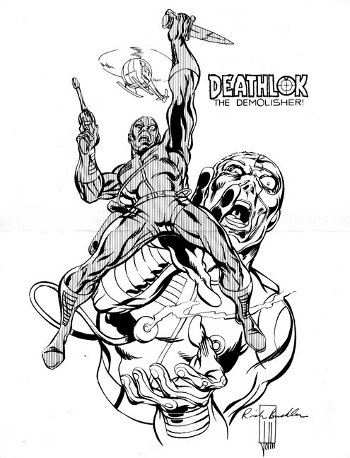 Next up is Sterno, with a column entitled; He Always Was a Sucker for Platinum Blondes! which discusses how the CPL mascot, Rog-2000 has now become a comic book strip of Charlton Comics.  The first appearance in an official comic book story was in Charlton’s E-Man # 6, as the back-up strip.

But for the benefit of the fanzine readers, Sterno proudly presents the first chronological Rog-2000 story in this very issue, entitled; The Coming Of The Gang.  It’s a six pager written by Roger Stern and penciled by John Byrne with the inks by Bob Layton.

Next follows a two page Letters from the Readers section, a column by Paty Cockrum entitled; Does the Vision Have Blood?” though she writes it in the guise of a female robot named Paty 200-69.

And lastly a column entitled; Don’t Show and Tell Everything by professional, C.C. Beck.  In it, he asks fellow comic book professionals to have fewer words and better pictures!  Amen, C.C., Amen!  The article has nice spot illustrations by Clyde Caldwell and Dan Adkins.  The inside back cover has sports a lovely Doctor Strange illustration by Bob Hall.

The back cover also has one last illustration and one I think is well worth sharing here, as well.  It’s a Neal Adams drawn Havok, the Marvel Comics character!  So you’ve seen the front of the fanzine earlier, now here’s the back to close today’s Fabulous Find: 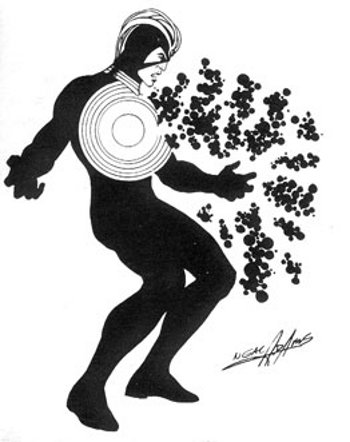 And that wraps up, in my opinion, one of the finest fanzines you can find.  I highly recommend the CPL fanzine to any fanzine collectors.  I only own issues 8, 11 & 12, plus the 9/10 issue that was published as the Charlton Portfolio.  If anyone knows where I might pick up earlier issues, I’d appreciate hearing from you!

Come back next week for another RETRO REVIEW …  Be seeing you.