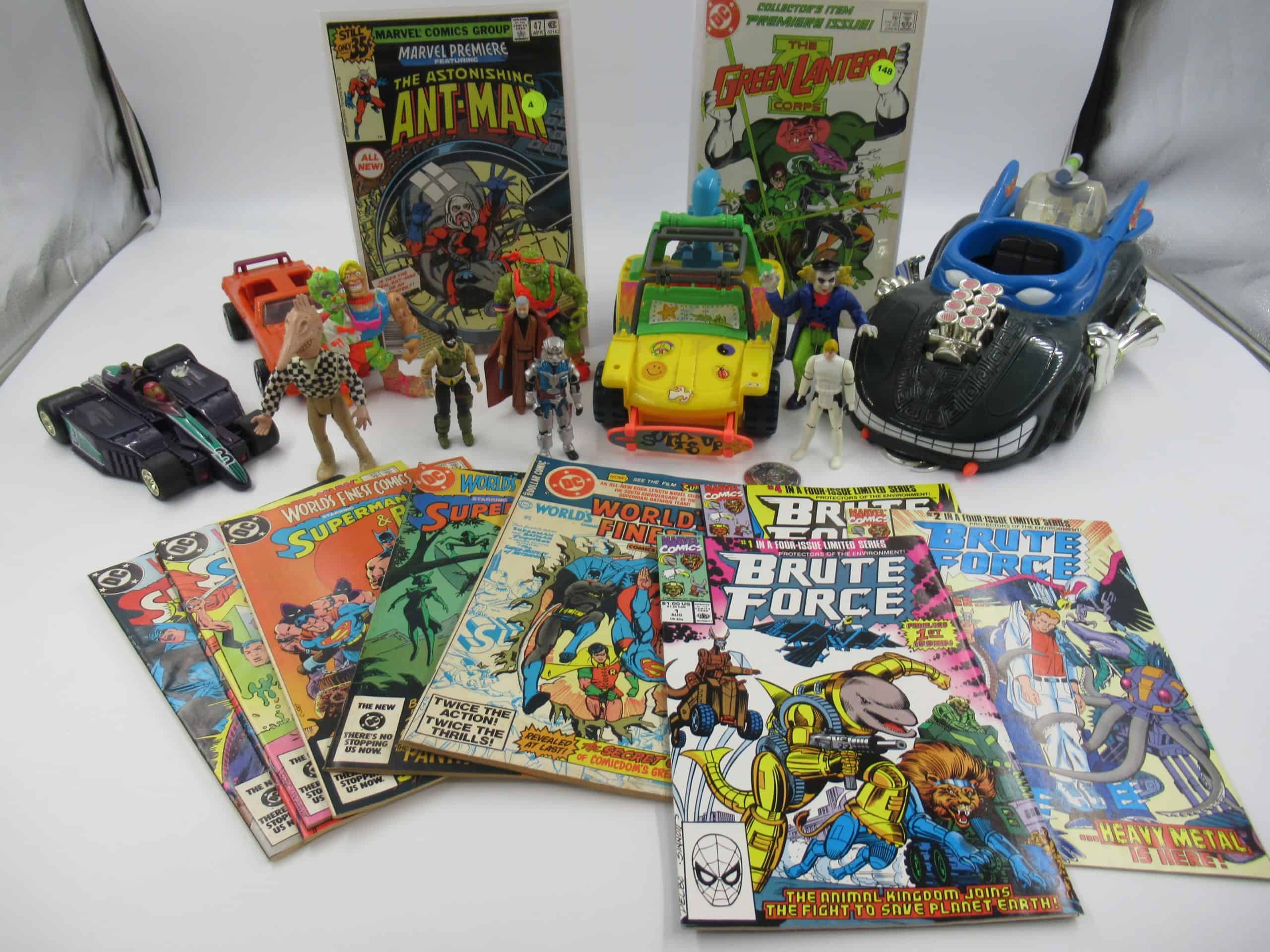 Over 400 lots worth of vintage comic books and toys! Most of the toys date from the early 80s up into the mid 90s, with the bulk of the collecting riding the line between those decades. There are also some more modern DC Direct figures mixed in as well. Comics ranges from the Bronze Age to present day and include key issues, runs/sets, CGC grades, and “grab bag” short boxes.

The bulk of the toys come from collections of mid-80s Star Wars action figures & vehicles and a late-80s to early 90s collection of Teenage Mutant Ninja Turtles figures & vehicles. The absolute highlight are mint-on-card Kenner Star Wars figures from the late 70s!There are also groups of figures from lines like The Toxic Crusaders (AKA Toxic Avenger), Terminator 2, Beetlejuice, Batman: The Animated Series, MASK, Transformers, G.I. Joe: A Real American Hero, Hasbro era WWF, Silverhawks, Power Rangers, and more! Most figures are loose but many have their accessories.

For local bidders, lots may be picked up starting at 12pm noon on Monday, August 29, 2022. For everyone else, shipping costs will be assessed and shipments will start going out later that day.