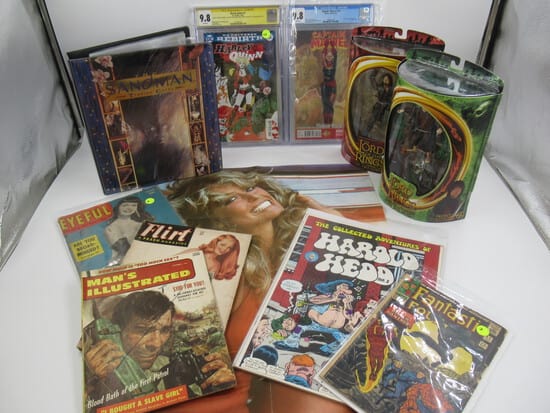 This auction also has vintage memorabilia including an Eyeful Pin-Up Magazine with a Bettie Page cover as well as a 1976 Farrah Fawcett swimsuit poster.

Also included are Lord of the Rings, other franchised and DC/Marvel figures!

For local bidders, lots may be picked up starting at 12pm noon on Monday, October 10, 2022. For everyone else, shipping costs will be assessed and shipments will start going out later that day.