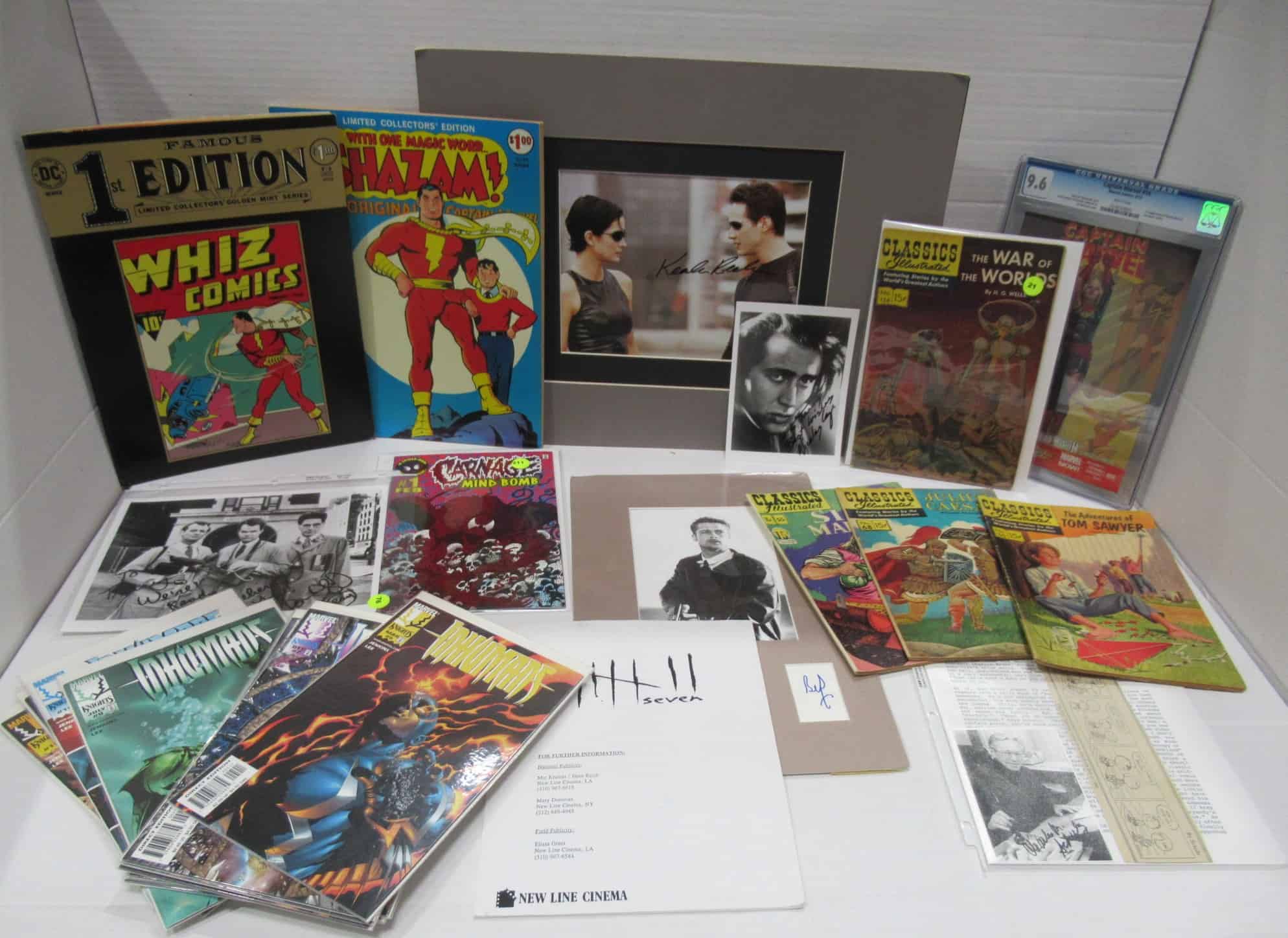 The stars are out tonight! This session features 130 lots worth of celebrity autographs from the world of entertainment, predominantly movies but some TV stars and musicians snuck in to the party too.

What are the rest of the lots, you may wonder. Well, they are Golden to Modern Age comic books! The older specimens are predominantly from the venerable series Classics Illustrated series, while the Bronze Age and forward comics are mostly superhero tales from the Big Two.

For local bidders, lots may be picked up starting at 12pm noon on Monday, March 28, 2022. For everyone else, shipping costs will be assessed and shipments will start going out later that day.