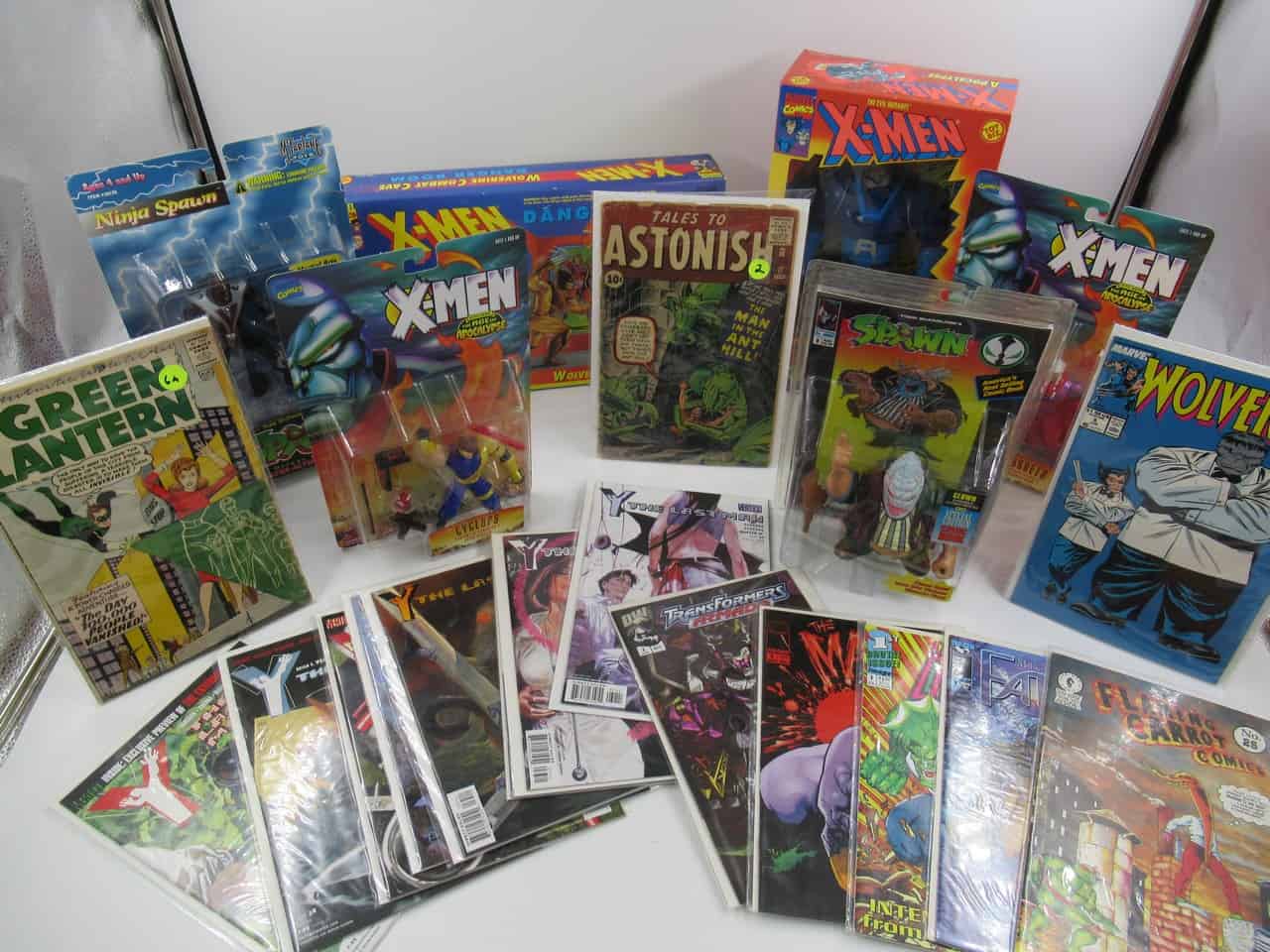 Start your weekend off RIGHT with this Friday night session featuring 425+ lots worth of comic books and toys! As the title suggests, the focus here is on superheroes from Marvel, DC, Image, and more! The toys are from the 1990s while the comics date all the way back to the 60s.

The toys come from the mid 90s Silver Age of Action Figures! That means a ton of Toy Biz Marvel toys and early McFarlane Toys Image Comics figures. Whether chasing childhood desires or revisiting your early days in the collector market, there’s something here to catch your eye.

For local bidders, lots may be picked up starting at 12pm noon on Monday, September 12, 2022. For everyone else, shipping costs will be assessed and shipments will start going out later that day.