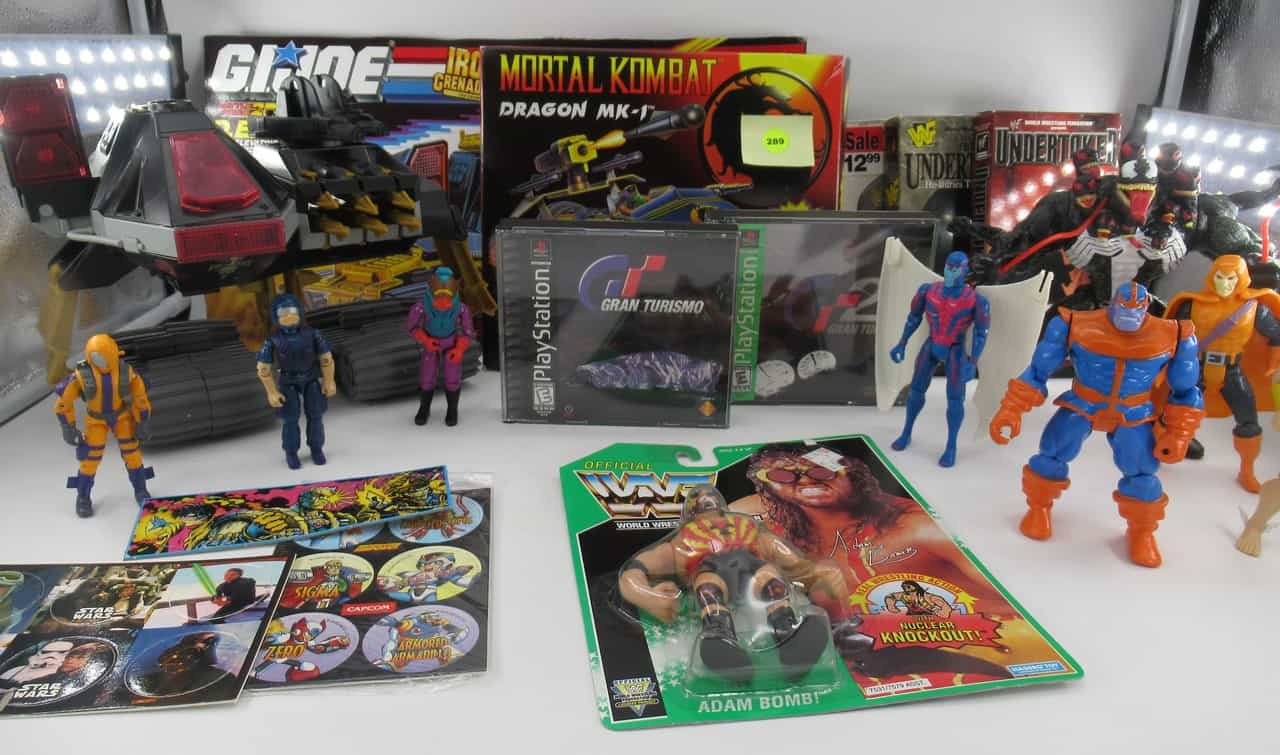 This online-only session boasts 300 lots of vintage goodness from the last two decades of the 20th century.

In this corner, hailing from Providence, RI, we’ve got figures, vehicles,. comics, and playsets from the latter half of the G.I. Joe: A Real American Hero Action figure line!

In this corner, hailing Stamford, CT, is WWE/WWF/WCW merchandise from the days of Rock ‘n Wrestling up through the Attitude Era! That includes action figures, T-shirts, home media releases, and other goodies.

Oh no, 80s Star Wars figures have stormed the ring with a steel chair while PlayStation & Xbox 360 games distract the ref! But wait, here come Teenage Mutant Ninja Turtles figures to the rescue! It’s pandemonium on the auction block, folks. Parents, cover the eyes of the Garbage Pail Kids cards.

*ahem* If you like the looks of this collection, stay tuned for next weekend’s session: it travels even further back into the 80s with even more cool stuff!

For local bidders, lots may be picked up starting at 12pm noon on Monday, June 13, 2022. For everyone else, shipping costs will be assessed and shipments will start going out later that day.