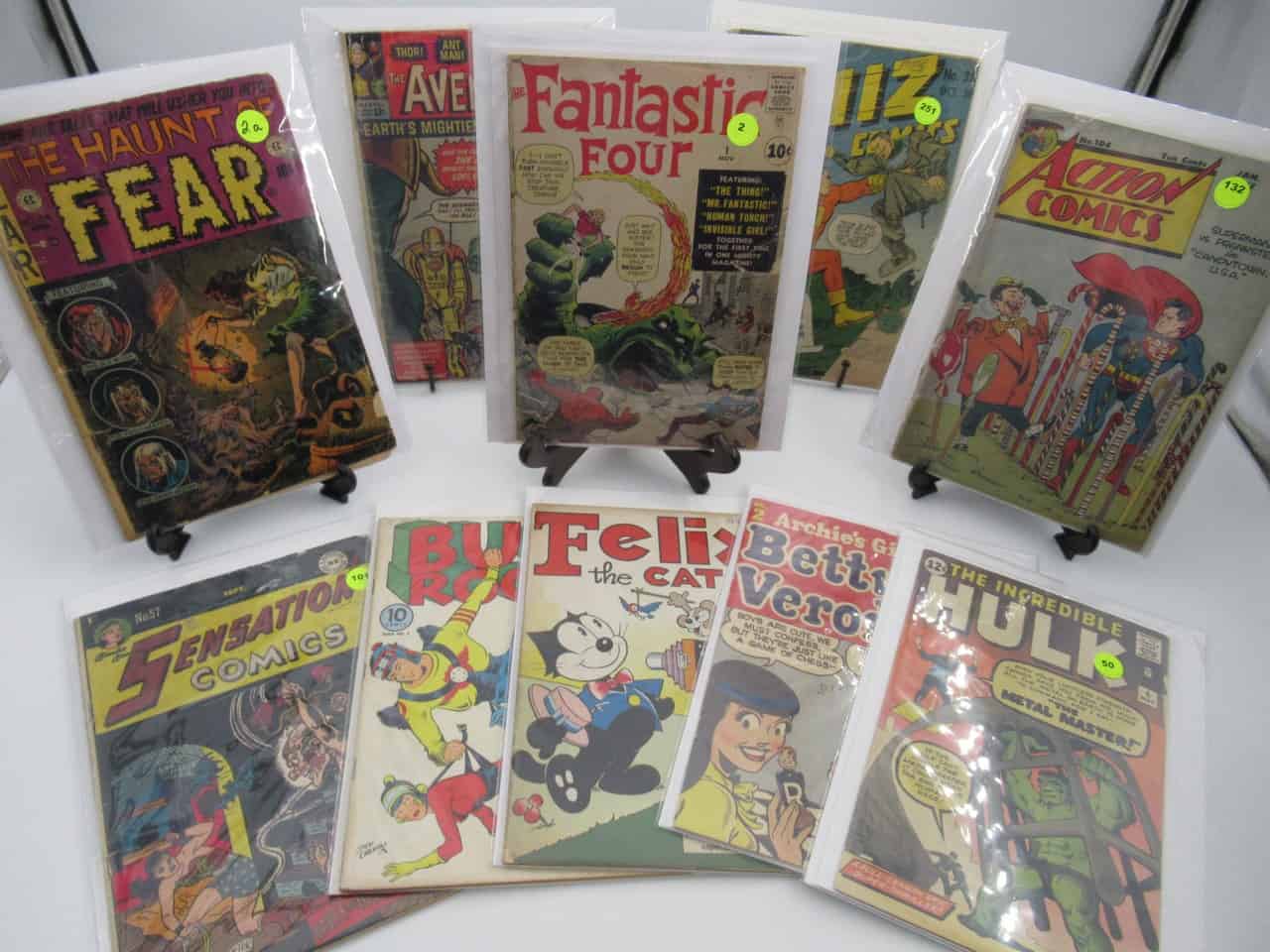 Face front, True Believers! This is not an auction to overlook: it includes both Fantastic Four #1 (the birth of Marvel Comics as we know it) and The Avengers #1 (the first assembling of Earth’s Mightiest Heroes)! Those alone make this one not to be missed.

For local bidders, lots may be picked up starting at 12pm noon on Monday, January 9, 2022. For everyone else, shipping costs will be assessed and shipments will start going out later that day. PLEASE NOTE: our hours have changed with the New Year and we are no longer open on Saturdays. Pick-up is available Monday through Friday, 9 AM to 5 PM, at our shipping & receiving entrance.