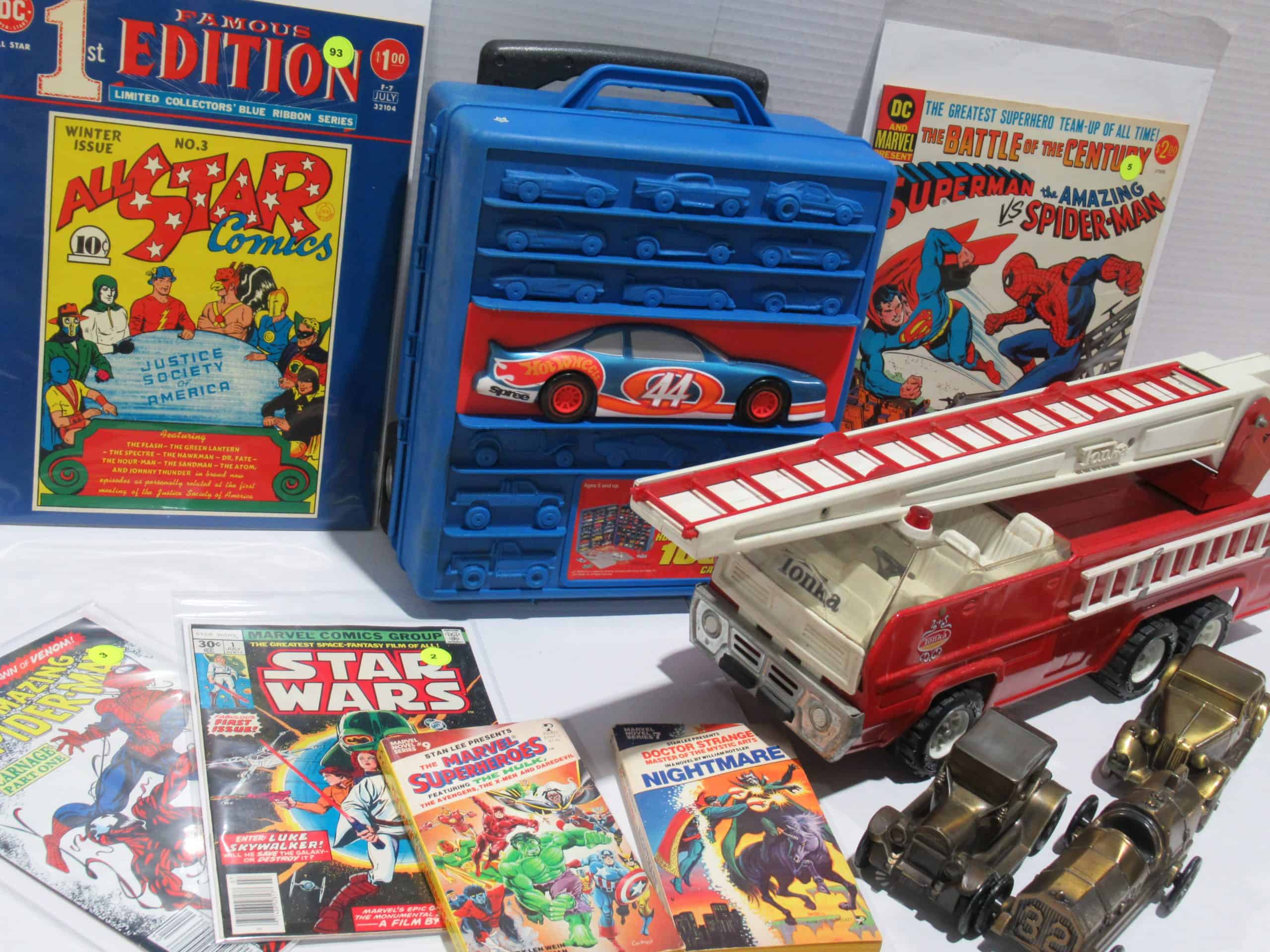 Gas up your landspeeder and get ready to cruise the main Mos Eisley drag with your pals at Back to the Past! This 200 lots Wednesday session features a wide variety of die-cast vehicles alongside vintage comics, primarily from the 1970s.

Comic highlights include first printing copies of Marvel’s original Star Wars series #1-7, Marvel Pocket Novel adaptations, treasury editions including the iconic match up of Superman Vs. Spider-Man, key issues like Ms. Marvel #1, Eternals #1-2, What if? #1-2, Wolverine #1, Shazam #8, and much more!

For local bidders, lots may be picked up starting at 12pm noon on Thursday, February 24, 2022. For everyone else, shipping costs will be assessed and shipments will start going out later that day.