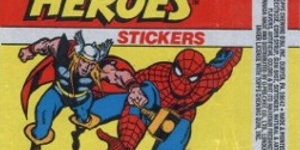 Welcome, you’ve found your way to a new Fabulous Find and this week I’ve pulled out my collection of 1975 Topps Marvel Stickers.  This set wasn’t the first Marvel card/sticker sets, but it was the first one I bought.  There was an earlier card set from Donruss that came out in 1966 and then the first sticker set was put out by Philadelphia Chewing Gum Company in 1967. But this was the first set I came across.  I bought a lot of packs that summer trying to complete the set of forty (40) cards, plus a nine card puzzle set, and I finally managed to complete it.

Here’s what I first saw in the stores back in the day: 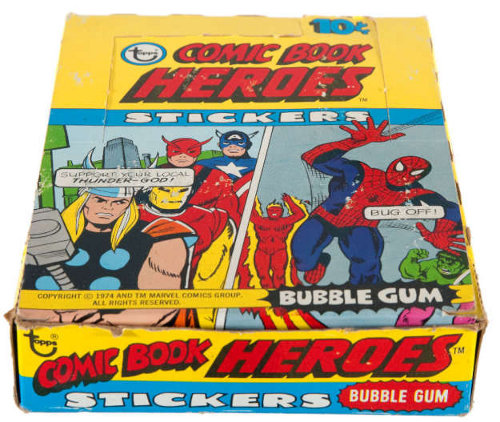 Dig the great artwork!  Sorry but I don’t know who did it, but it clearly wasn’t Jack Kirby or Steve Ditko, but it’s was still great.  Next take a look at the wrapper that the cards came in: 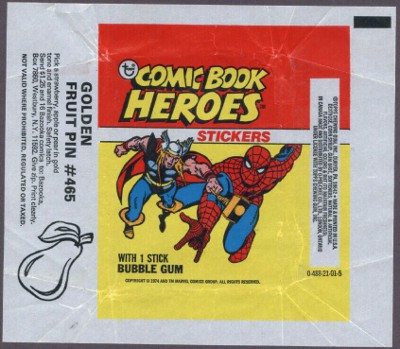 The cards/stickers that made up the set totalled forty (40) individual stickers, plus a checklist card, plus a nine card set, that when put together, reproduced the cover to Fantastic Four number one hundred (100), as drawn by Jack “King” Kirby.  I guess this would be the time to show you those, eh?: 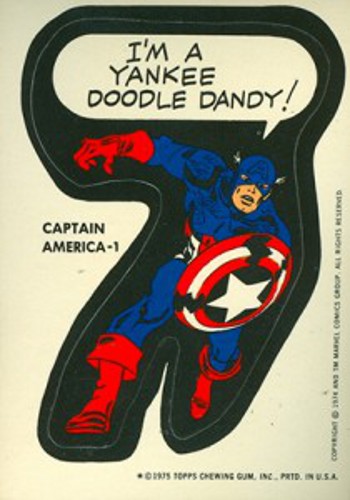 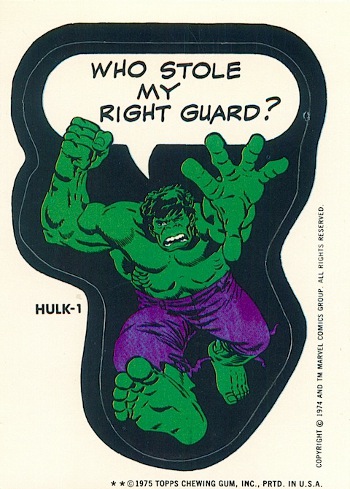 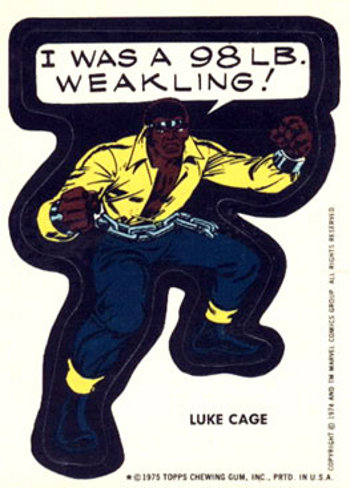 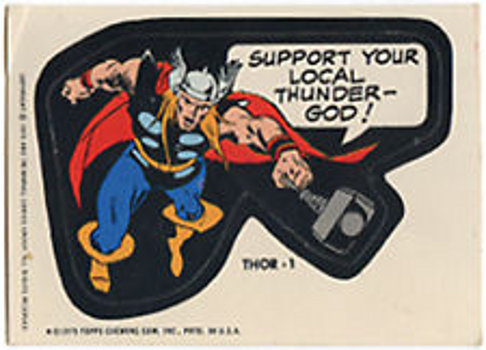 Within the forty card set, a couple of heroes got two (2) separate cards, as you might guess by the captions above, on the Captain America, Hulk and Thor cards.  Besides the three named heroes, Spider-Man, the Thing and the Human Torch also warranted two separate cards.

I also mentioned a checklist card, so here it is, as well: 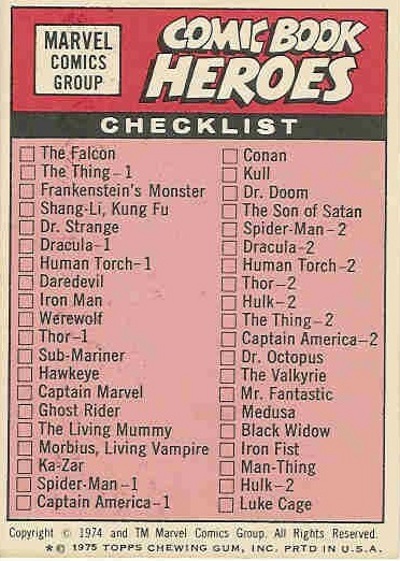 In researching my card set on the internet, I learned that there are actually two cards that have variant captions.  I was not aware of this, so I guess I’ll be searching eBay and conventions for the two additional cards that I now know exist.  Just when you think you’re out, they drag you back in!

And because I’m such a nice guy, I’ll show you both versions of both of those cards/stickers.  So don’t say I never did anything for ya!   First up is the Spider-Man 2 card:

I own the card on the right, so if any of my readers have the card/sticker on the left, with the “Bug Off” caption, I’d be interested in making a deal for it.  If you look again at the box, you’ll see the use of that caption, as well.  So I guess that was a clue, but I sure never new it.  But then again, I don’t own the box itself, I just remember seeing it in the stores.

The next variant is the Captain Marvel card.  Take a look: 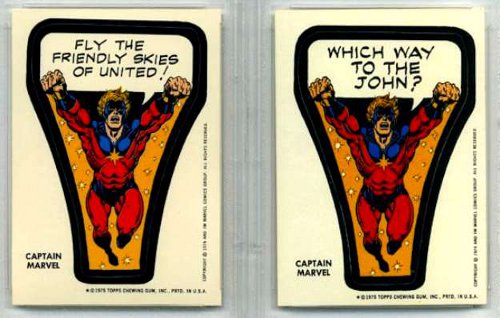 I own the card on the left.  Again, if anyone have the “Which way to the john” sticker, I’d love to hear from you, especially if you’d be willing to sell or trade it.  Since I now know of the existence of these two cards, I won’t be happy until I track them both down and add them to my collection.  I do have a few extra cards in this set I could trade, or we could hopefully work something else out.

But that is not my purpose for writing this blog.  I just want to be able to share some of my interesting comic book collectibles with all you out there that might not know this stuff even exists.  Hopefully, I’ve brought to light a few unknown treasures for your edification and enjoyment, including these 1975 Marvel comic book heroes stickers from Topps.

That’s it for this entry, and next week will be another RETRO REVIEW.  Hopefully I’ll see ya then!