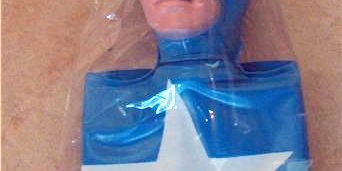 Hey kids, it’s another Fabulous Find!  It’s been a while, so I thought I better pull out something cool this week.  So I’m featuring the 1978 Captain America hand puppet from Imperial Toy Corporation!  Here’s mine, still sealed in it’s plastic with an unpunched header card!

I think he’s pretty cool and as Captain America is my favorite super-hero, this collectible rates high in my eyes!  He was one of four hand puppets that Imperial offered in 1978.  The others three were; Spider-Man, Hulk & Thor.  I only own the one, but I hope to find the others one of these days!  They do appear pretty regularly on eBay, if you’re willing to part with the cash to buy them mint in the package.  Loose hand puppets do turn up, but I think this collectible is better still in the package, with the header card attached.  Here’s the complete set: 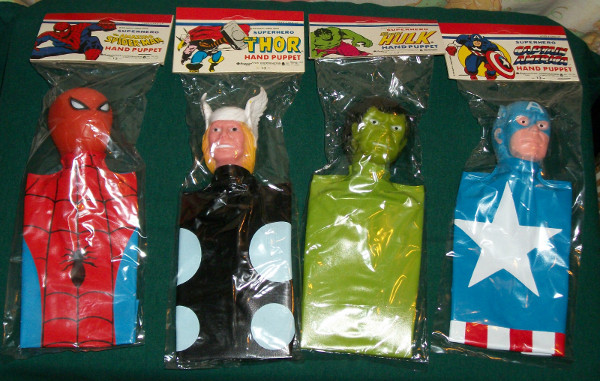 I was also able to snag a couple of pictures of the box that the puppets were sold/displayed in from off the web.  Here’s a couple, first the top, looking down: 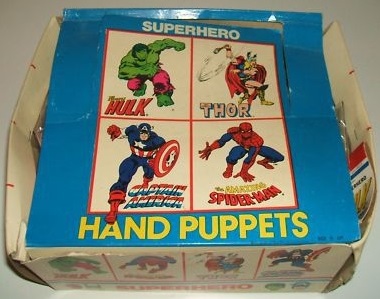 Next, one of the side, just to show the graphics: 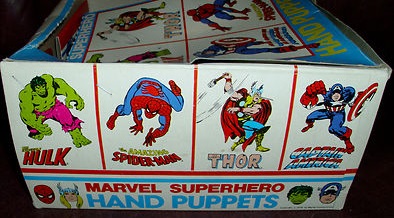 Again, I don’t own the box, but thought it was cool to be able to show it to you.  Hopefully you agree!

But believe it or not, these were not the first marvel hand puppets!  Nope that honor belongs to the Spider-Man and Captain America hand puppet that were issued back in 1966 from Ideal Toys.  Cap and Spidey represented Marvel, Wonder Woman represented DC Comics and the Green Hornet, the Lone Ranger and Tonto were also produced in the Super Hero TV Favorites collection!  These go for quite a bit more money, when you can find them!  Here’s a look at the Cap hand puppet to compare: 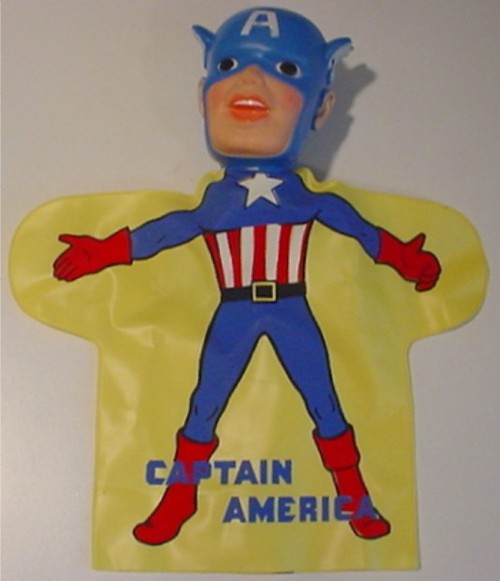 Kinda cool, with Cap’s body provided, unlike the 1978 version which just gives us his uniform.  At least I think so, but I’ll let you be the judge! 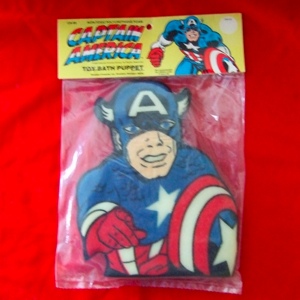