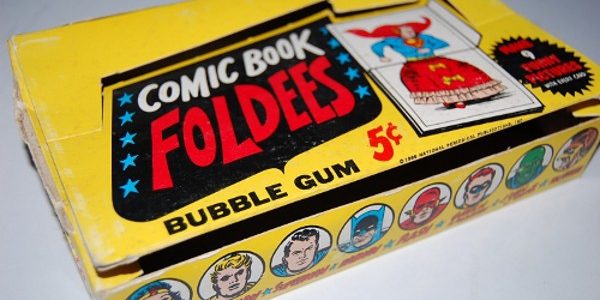 As most of you know, I’m more of a Marvel guy than a D C guy, at least when it comes to collectibles, so I’m sure I’ve featured more Marvel Comics items than D C Comics items, simply because I have more in my collection.  But this week, I want to feature a D C Comics Fabulous Find.  And so I’ve dug out the only 1966 Comic Book Foldees I own, number sixteen (16) in a series of forty-four (44).  These cards were put out by Topps and they all featured a D C Comic book character.  The one I own features Saturn Girl from the Legion of Super-Heroes, and as far as I know, she is the only Legionnaire in the set.

I bought this card back in the nineties at a comic book convention, in Chicago, I’d guess, though they are readily available on eBay now a days, at usually decent prices, i.e. not too outrageous!  A set would run you a couple hundred dollars, I’d guess and might be pretty hard to find sold as a set. Here’s both sides of my card: 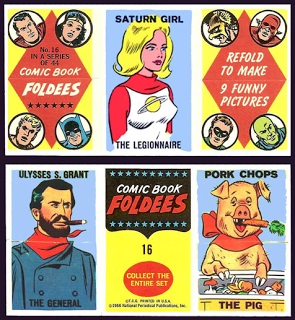 I believe that all the artwork was done by the great Wally Wood, and I’m sure I would have bought more of the cards if there had been more Legionnaires!  Of course, the cards were heavy on Batman and Superman, the two heroes, their allies and they foes, as well.  Here’s the front of the Batman card, number seventeen (17) I used in the Header for the website: 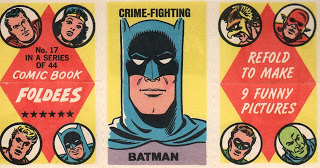 And because I’m such a great guy, no really, I am!  I went on line and snagged a couple more pictures.  First, the box the cards were sold in: 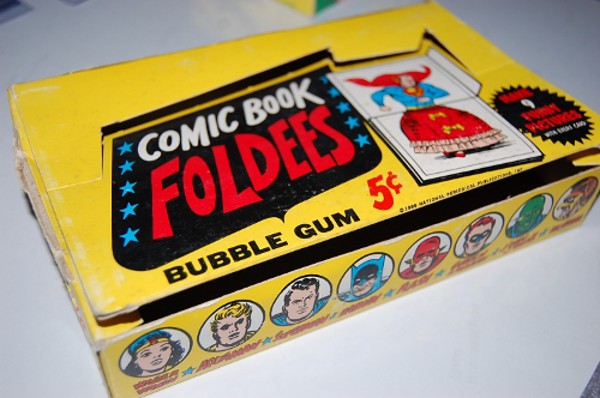 And now a wrapper the cards came in: 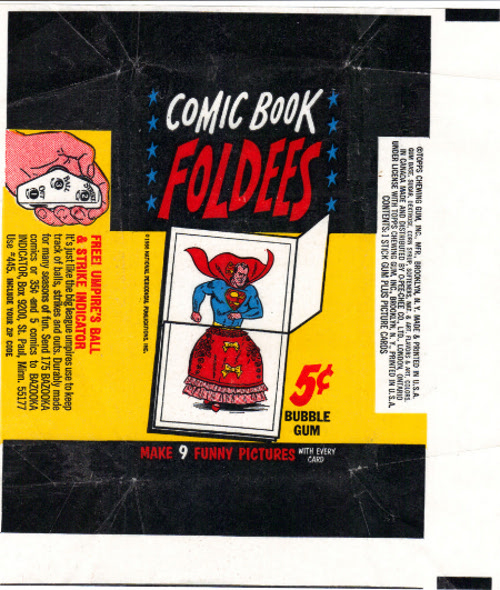 As you can see the suggested retail price was five cents per pack!  I don’t remember ever seeing these in stores I visited.  And in 1966 I would have been checking out a lot of mom and pop type stores, as well as Kresge’s five and dime stores, buying baseball cards, so I should have come across these somewhere, but I never did!  I do remember seeing Beatles cards, but never these super-hero foldees!  Hey remind me to do a Fabulous Find on my complete sets of Beatles cards one of these days!

Anyway, that’s my Fabulous Find for this week.  I hope all you D C fans appreciated it.  See you all next week with a new, RETRO REVIEW.  Till then, enjoy what’s left of summer.  Stay safe and keep enjoying our hobby!  Be seeing you…