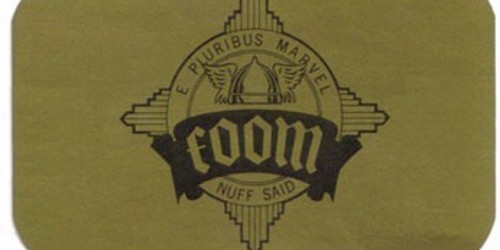 Hey Ho, Faithful Followers, it’s Friday, so it’s time for another Fabulous Find!  I hope you’re as excited as I am!

Today I’ve pulled out the very first issue of FOOM magazine. And what exactly does FOOM stand for?  Well, I’m glad you asked, it stands for; Friends Of Ol’ Marvel, coined by none other than Stan Lee himself!  Obviously a Marvel Comics production, if there ever was one.  Oh, for the record, sometimes FOOM was listed as F.O.O.M., so don’t let that fool ya!

Apparently, artist extraordinaire, Jim Steranko, dropped in on Stan one day to chat about comics and Stan said he was thinking about starting a new Marvel Comics club to replace the Merry Marvel Marching Society for a few years back.  The subject had been raised at one, or more, of Stan’s college lectures and enough people seemed interested in a new club that Stan decided it just might be time once again to start one up.

And somehow, it was decided that Jim should head up the project, and thus, FOOM was shortly moved from an idea to a reality!  The first issue was dated, February 1973.  Here’s the cover, with ol’ Stan’s mug prominently featured, with his words running down the side, welcoming us to FOOM! 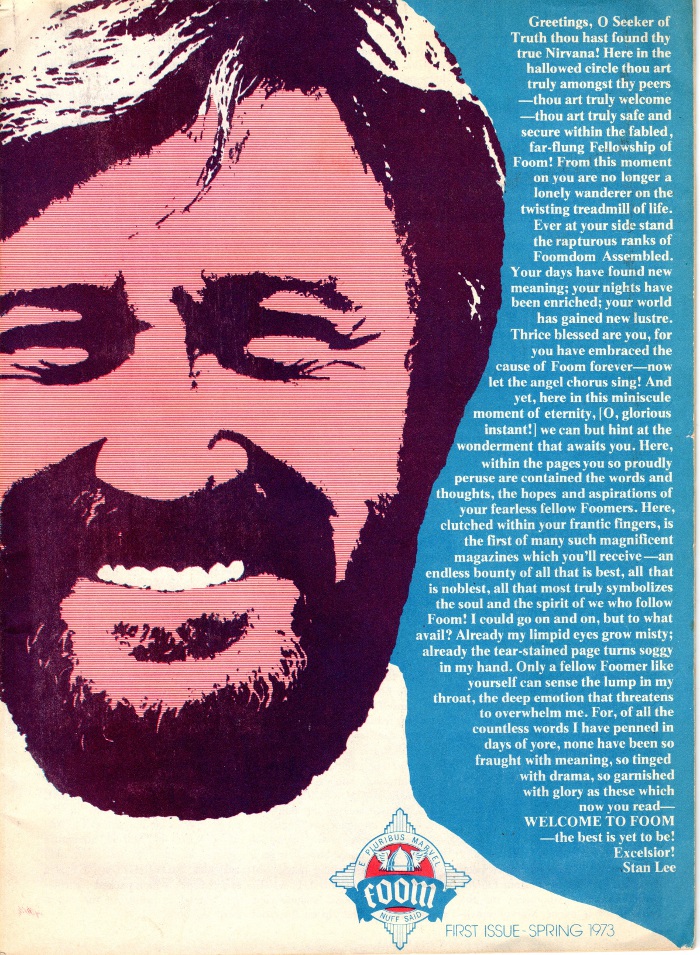 The fanzine, as I said was created and edited by Jim Steranko, with the associate editor being Ken Bruzenak, and getting created as consulting editor; Roy Thomas.  The staff was listed as Ed Noonchester, Joel Thingval, Gary Brown and all of the artists and writers of the Marvel bullpen!  The back cover was a very nice Spider-Man drawing by Steranko.  Take a look: 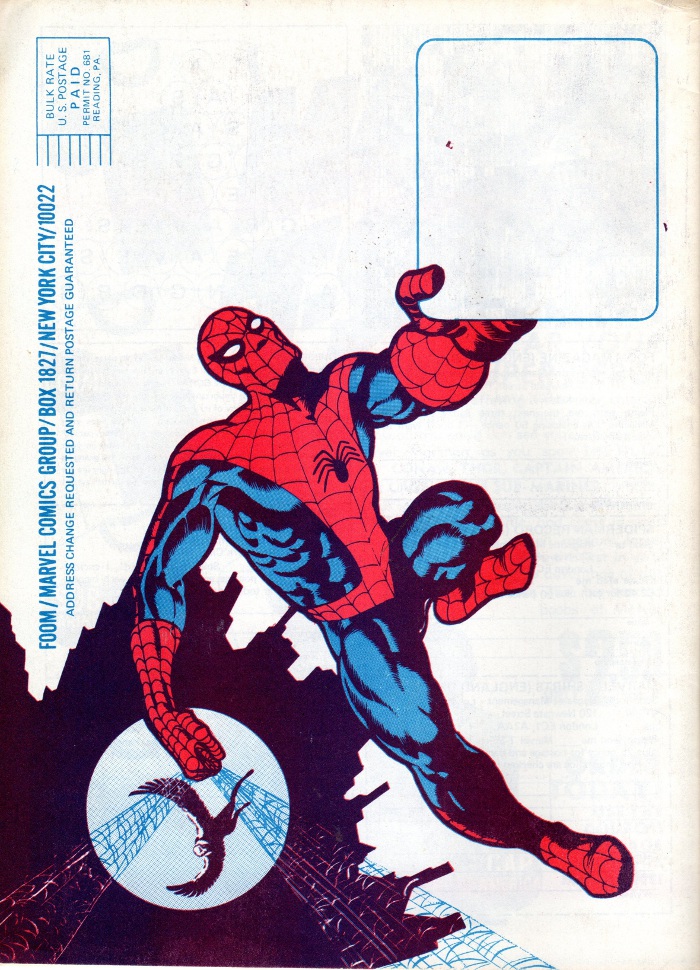 The fanzine itself contained an editorial by Steranko, two pages of bios of Marvel staffers, including; Stan Lee, John Buscema, Roy Thomas, Joe Sinnott and Gerry Conway.  Next up was a Crossword puzzle with a cute Hulk drawing in the center.  Next an article on the Fantastic Four, including a checklist of each issue through number one hundred and thirty-two ( #132), plus Annuals one (#1) through nine (#9).  Next up was a Kraven the Hunter Word Search.  Let’s see how well it reproduces: 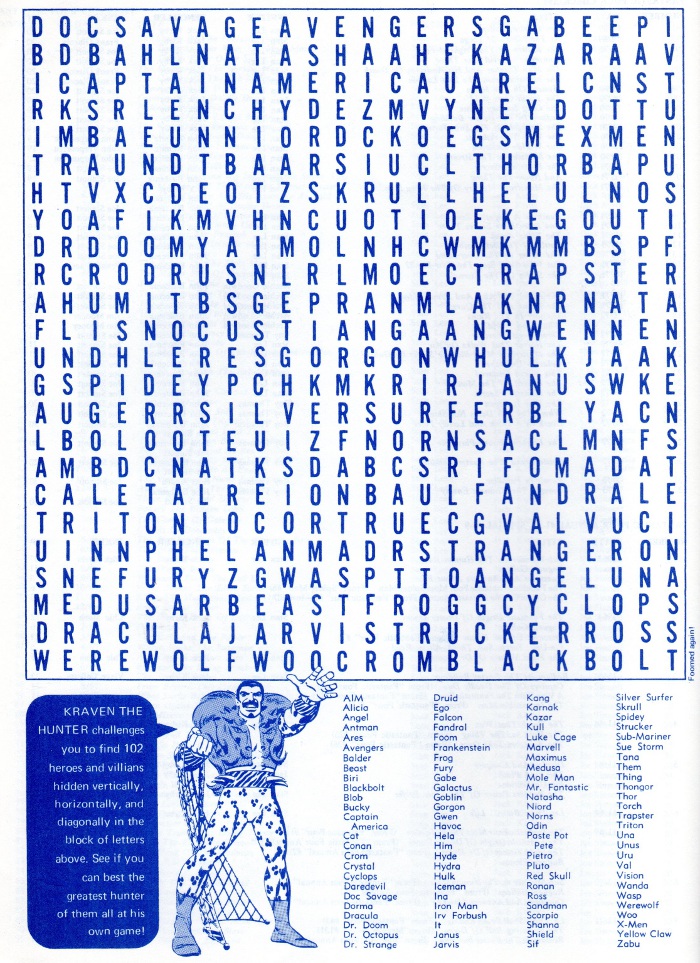 Next, in the centerfold was an actual board game entitled; Moving Target.  It’s for two or more players and all you need to do to play is to find a pair of dice and a couple if things you can use as markers, i.e. coins, buttons, or as Steranko says in the instructions, different sized potato chips (you can eat them when you’re done!).  Here’s the game from the center of FOOM # 1: 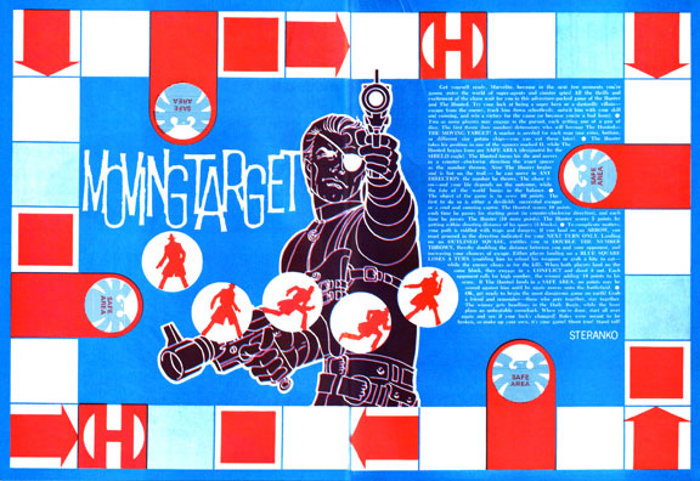 Next up was “Far-Out Fanfare and Infoomation” on up coming Marvel comics and magazines.  This section ran six pages.  Then a Fantastic Four Pin Up Page, followed by a Doctor Doom word game.  Then a one page Recommended Reading section that listed other fanzines worth purchasing, like Steranko’s History of Comics, Comixscene, also from Steranko’s Supergraphics Company, as well as a couple of great fanzines from outside of Marvel Comics; Martin Greim’s Comic Crusader, Bill Wilson’s The Collector and Mike Barrier’s Funnyworld.  The fanzine wraps up with a couple of house ads and a one pager entitled; The Fantastic Fear, by Roy Thomas, Len Brown, Gil Kane and Wally Wood.

All in all, quite a nice package.  Plus the first issue subscription came with a very nice Steranko mini poster and a membership card.  I’m sure you’d like to see them, so your wish is my command.  First the mini-poster: 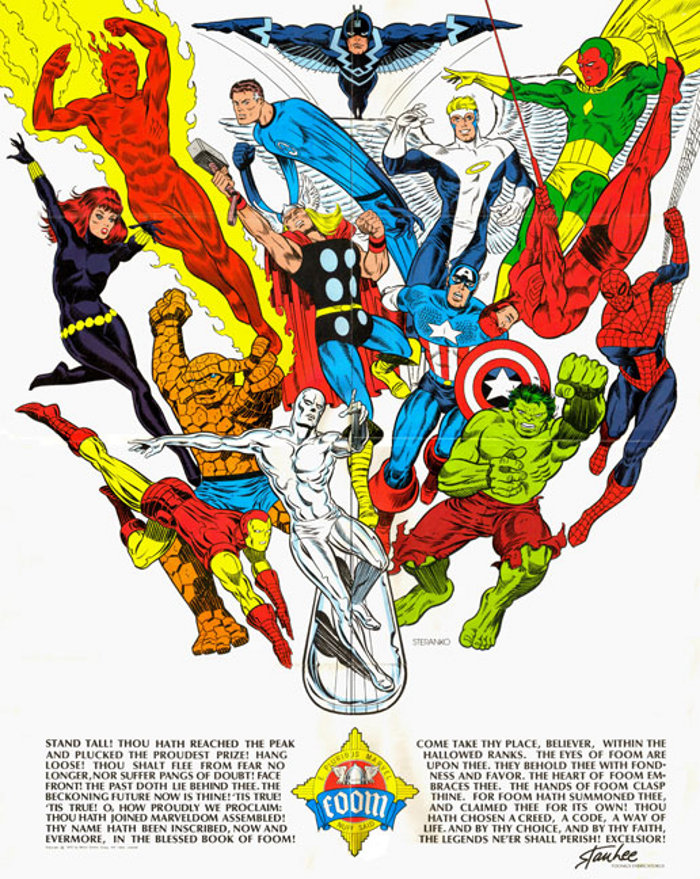 I snagged this image off the net, but I got my poster signed by Jim, at a local convention, a number of years ago!  Sorry if that’s bragging, I just think it’s pretty cool.  So please forgive me.  Next up is the membership card.  First the front: 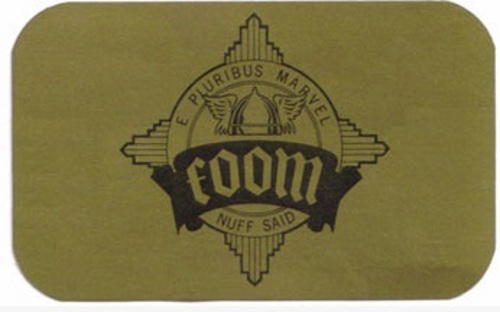 And now the back of the card, or maybe it’s actually the front.  You be the judge: 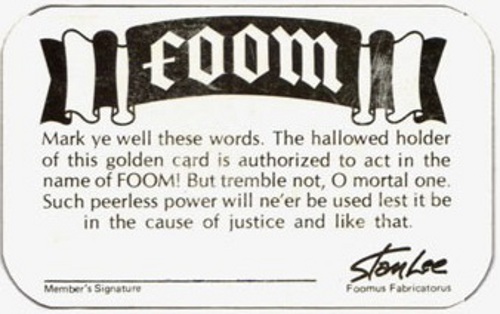 So that’s all I’ve got to say about this Fabulous Find, other than to say that Steranko left the team after issue number four and then the magazine / fanzine went through various editors throughout it’s run of twenty-two (22) issues.  The fanzine came out quarterly and lasted until the fall of 1978. Not a bad run for an in-house club magazine.  It certainly put Marvel Mania to shame with it’s six issues!

That’s it for this week, but please come back next week for another RETRO REVIEW.  Be seeing you…