A month or so ago I wrote about the , The Shadow Secret Society, and I mentioned that there was also a similar club for Doc Savage, The Brotherhood of Bronze.  So I thought I’d show you what that membership kit looked like.  As with the Shadow, the club was the brainchild of artist, Jim Steranko and was put out by his company, Supergraphics Publications.  It, like the Shadow Secret Society was first mentioned in Jim’s Mediascene fanzine, number fourteen (14) to be exact.

And for only $2.00, plus 50 cents postage and handling a special membership kit would be shipped to me!  So how could I resist?  I couldn’t, so I sent in my money and upon joining I received the following: 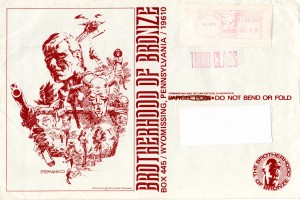 And inside was a Brotherhood of Bronze Bulletin, a whopping four pages.  Within those pages was information of Doc Savage and his five aides.  It also gave you the right to brag that you “were among the first to become a member in the renowned Brotherhood of Bronze”!  It covered a little bit about the Doc Savage book series published by Bantam Books.  It revealed that a Doc Savage black & white magazine would soon be put out by Marvel Comics.  And it also gave us a background on the original Doc Savage Club from the 1930s.  It may have only been four pages, but those four pages were packed with information! 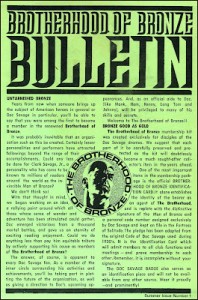 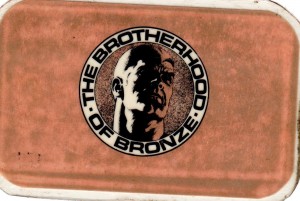 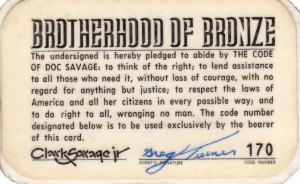 Brotherhood of Bronze membership card back

As you can see, my number was 170!  Also included in the membership kit was an official index to the Doc Savage pulps.  Here’s the cover: 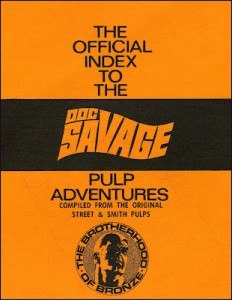 And the last thing the kit included was a Doc Savage pin or pinback.  And here it is: 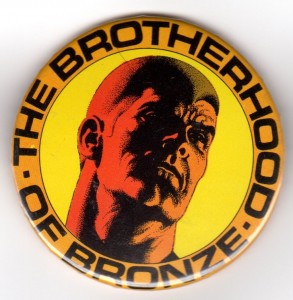 So there you go!  Not too shabby for your $2.50.  As with the Shadow Secret Society, I never received any other mailings, but I do understand that there was a second issue, though I do not own it.  And based on the research I did, it can be costly to add to your collection.

No one was knocking down my door asking me to cover The Doc Savage Brotherhood of Bronze, but what the heck, I had already scanned everything, so it was easy to go ahead and share.  I hope you enjoyed this edition of Greg Turner’s Fabulous Finds.  Be seeing you …