How Zombies Are Made 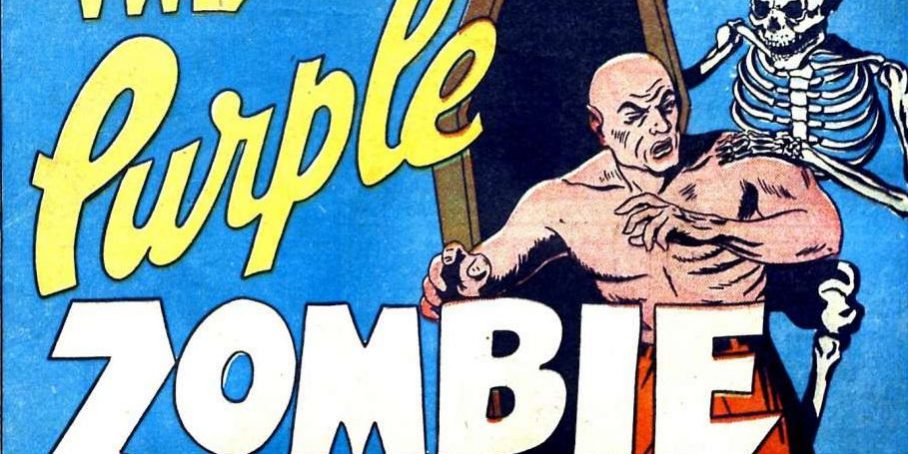 Welcome back to My Hero! Each week, Back to the Past uses this column to tell you why the obscure characters from our custom action figure collection are great! Years ago, we purchased the life’s work of an artist and comic fan whose chosen medium was granting forgotten comic characters the action figure immortality denied to them by major toymakers. We’re still sorting through it all, and we’re making new finds every week! This week’s find, who will soon be available on eBay, is The Purple Zombie!

No, not Chris after he tours Paisley Park this week, the Golden Age comic book hero. 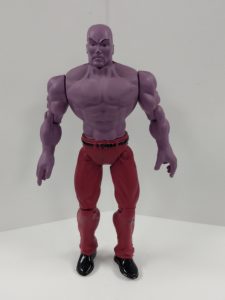 The Purple Zombie from our Custom Action Figure Collection!

A Brief History of Zombies

Before we get into the Purple Zombie, we have to remind you where zombies were pop culturally when he was created. Most every culture on planet Earth has their own version of the walking dead. Interestingly, motivations for corpses to get up and walk vary from country to country. Zombie folklore originates in Haiti, a diverse melting pot of a country due to its mix of indigenous peoples, French colonizers, and enslaved Africans. In Haitian lore, zombies are corpses raised by dark sorcerers called Bokor. They are servants with no will of their own, used by the Bokor against their enemies.

The earliest recognized zombie movie was 1932’s White Zombie. It starred Bela Lugosi as a white Bokor in Haiti with a brace of zombie henchmen. Though scientific methods of reanmination entered the genre in the 50s and 60s, zombies remained “enthralled corpses” in the popular consciousness until 1969. That’s when George A. Romero released Night of the Living Dead, which depicted the dead rising as a swarm of cannibalistic corpses. He never called them “zombies”, but the public made the walking dead connection and the association has stuck ever since.

The Purple Zombie debuted in Reg’lar Fellers Heroic Comics #1 in August 1940. That places him firmly, even early, in the “undead thralls” era of pop culture zombies. The story opens with scientists Dr. Hale and Dr. Malinsky in the midst of falling out. Together, they developed a serum that could revivify damaged tissue. Hale intends to use it to prolong people’s lives. Malinsky intends to use it to create an army of undead servants, of which he’s already created the purple-skinned prototype. 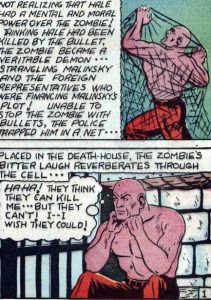 The Purple Zombie didn’t have the most elaborate design.

Malinsky shoots Hale, planning to make him his second zombie. Unfortunately, The Purple Zombie awakens at the gunshot. Deciding that he’d rather not be anyone’s lackey, he throttles Dr. Malinsky and sets off to find his backers. The injured Hale awakens and alerts the authorities – turns out it’s hard for a seven foot tall purple man to hide, and he’s quickly captured by police. Using a net, since bullets just annoy him.

The Continuing Adventures of the Purple Zombie

The Purple Zombie is convicted of the three murders he has, fair dinkum, totally committed. Unfortunately, he proves just as immune to the electric chair as he is to bullets. Can’t kill what’s already dead and all that. He’s released into the custody of Dr. Hale, who has the ability to influence him. The pair go on to be adventuring partners, fighting crime and traveling through time together. The Purple Zombie’s feature ended after issue #12.

Since he’s not a traditional superhero, The Purple Zombie hasn’t appeared in any of the usual suspects. Frankly, most comics featuring zombies these days go for the Romero style ravenous horde over the traditional Voodoo thrall. But if you’re a completist for horror-themed heroes, you need the Purple Zombie on your shelf. To do that, you need our Custom Action figure collection. And if you’ve got collection like our custom figures, be it more customs, original art, garage kits, convention sketches, whatever – and are looking to sell it, get in touch! or if you want a comment or quote on something we’ve written about, we’re always available! We can be found dang near everywhere as @b2pcollect. 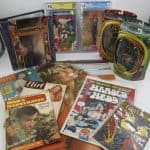 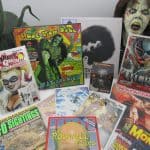