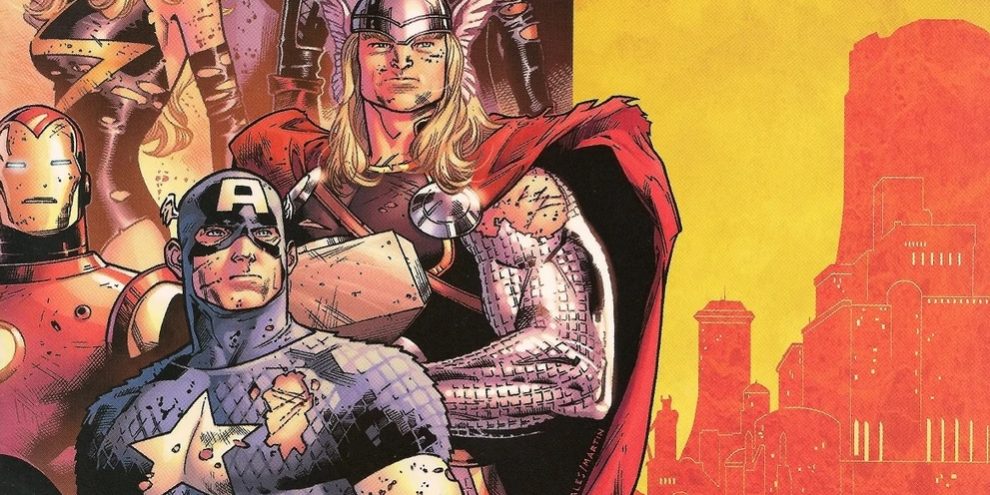 “Read Siege #4 before you read this issue!”

There, now that wasn’t so hard, was it, Marvel? And no, readers, you don’t need to read Siege #4 before you read this column. I only open with that line, because that kind of warning is all too rare nowadays, in an era where title-spanning event stories are all too common. And because I opened with a stolen line last time, too.

Say what you want about these kinds of crossovers, but at least Marvel and DC have largely stayed true to their word regarding the spillover of these stories on the monthly titles: recent event stories like Siege and Blackest Night were indeed ones that were told within the confines of their own mini-series, and did not require purchase of any other titles in order to make sense of the main event.

A sticking point with readers, of course, has always been the resentment over having to buy titles they didn’t normally purchase in order to make sense of the central story. Which, of course, is exactly what publishers are trying to get readers to do. But eventually, The Big Two decided that the open-handed approach was better than the closed fist, at least from a PR standpoint, by making the monthly titles an optional purchase rather than a required one. In doing this, at least a large part of the backlash over such stories has been stilled, and fandom has seemingly accepted the freedom to buy whichever titles they choose as a fair compromise for at least putting up with these uber-events.

But, within this accepted norm, the other side of the issue has been largely forgotten, if not ignored completely. Other side of the issue, you say? What do I mean, you ask? I will tell you. Namely, what about the faithful who already buy a certain monthly title, only to find their favorite comic flung into some larger storyline that they didn’t necessarily ask for? What then? Do they, for instance, start buying Siege so they can make sense of the events in New Avengers? This is no different than the closed-fist mentality of the old days. Do they just try to make sense of New Avengers without buying Siege? Possibly, but this feels much like buying the condiments and foregoing the hamburger. Do they just dump New Avengers as long as it has the Siege dress on the cover? That’s also possible, but clearly that is not what readers or publishers want. It’s also not likely, at least in sufficient numbers, because sales figures show that Marvel has found great success with its string of events over the past several years.

So all publishers have done is subtly but cleverly shifted their tactics, quelling much of the controversy surrounding big events, but really changing nothing and still getting what they want: readers buying more of their comics. Good job, guys! I always admire that kind of Benjamin Linus-type subtlety in order to get one’s way. But to publishers’ defense, if that’s what it can be called, it wasn’t just the marketing of these stories that caused controversy; it was just as much the quality of the stories. Anyone remember much about such stellar and award-winning events like Secret Wars II? Or Millennium? These were hated just as much for being bad as for being gimmicks. Like ‘em or not, at least recent event stories have been far better planned and written than those older ones, and more fans have been motivated to buy them with more of a reader’s mentality, rather than a collector’s. They buy them because they want them, not because they want to have them.

So telling a better story, i.e. the open-handed approach, has been a success that everyone has benefitted from when it comes to event stories. Got it. We buy the issues we want. We skip the ones we don’t. We’re all happy and publishers and fans are having their group hug. But when we get home, and sit down to actually read these issues, we find ourselves in a quandary: namely, what order are we supposed to read these things in? Does the current issue of the event title come before the tie-ins? After? Somewhere in the middle? And are the tie-ins supposed to be read in any kind of specific order?

I would tell you, but I’m not sure. No one is, except the publishers, who for some odd reason seem to prefer to keep this a secret to most.

A lot of times, publishers put out some kind of checklist prior to the beginning of these things, so you know what order you’re supposed to read the various issues in. If you’re paying attention, you might have picked one up at your retailer, before the start of the event. If you didn’t think to do that, and subsequently memorize it or carry it around with you wherever you might happen to read your comics, you could try peeking through one of those issues, looking for said checklist in a house ad, hoping you don’t accidentally spy a big spoiler somewhere in the comic, only to find that there is no such checklist in that issue. Or you can do what many of us just end up doing: take your best guess and read the issues in some particular order that your mutant precognitive powers tell you to. And probably be wrong, and screw up the whole experience if you read something out of sequence.

Or, how about this, since no one seems to be coming out and saying it: if publishers are asking us to purchase all of these comics, perhaps the burden should lie with them in telling us what order to read them, in a manner that doesn’t make us have to do something akin to a homework assignment. Something on the cover of each pertinent issue would be nice, but at a minimum a warning on the splash page of the same issues would work, too. Too bad Marvel didn’t really seem to figure that out with Siege until its conclusion, when that opening line at the start of this column shouted at us as we opened up New Avengers Finale and Dark Avengers #16. Had either of those issues been read prior to Siege #4, the conclusion of that event would have been spoiled.

While Siege overall was an enjoyable event, it and its predecessor events were plagued with these kinds of sequencing problems throughout, as these kinds of events often are. How many readers of that story actually saw . . . BEGIN SPOILER WARNING . . . the actual destruction of Asgard, before the aftermath of the same in the various tie-ins? . . . END SPOILER WARNING. Well, I wasn’t one of ‘em. And I was none too happy with that, especially when such confusion could easily have been rectified with some well-placed warnings. A checklist that I’m supposed to have at the ready just doesn’t cut it. Don’t leave us at the bus stop without a map.

Or, publishers, are you afraid? Does a disclaimer saying “Read Main Event Issue #X first!” sound a little too evocative of those marketing-driven crossovers from the days of yore? You could try saying please first, perhaps. Or better yet, you could thank us for taking the plunge, even though you didn’t tell us which way to swim. Or better still, you could give us a clear direction and reward us for our investment, with little additional effort on your part. It was too little too late for Siege, but it’s not too late for the next one. Oh wait; Brightest Day is well into its story; DC, are you listening . . . ?

Category: Comic BooksBy Jim JohnsonAugust 6, 2010Leave a comment
Tags: I Will Tell You