I WILL TELL YOU #76: Happy Fat Tuesday

I Will Tell You #76:
Happy Fat Tuesday

In the dead of winter, Christmas is nothing more than a distant memory, and Easter Sunday seems as far reaching as the promise of the spring season it heralds. Even St Patrick’s Day, with its own promise of corned beef and cabbage and cheap beer dyed green flowing everywhere, is weeks off.

This, despite all the talk of Lent and Mardi Gras and all that, is why I like to believe we have a Fat Tuesday. After gorging on turkey, stuffing, and pumpkin pie over the holidays, and in preparation for mass consumption of candy and lots of hardboiled eggs weeks from now, we have the interim holiday of Fat Tuesday, which gives us the excuse to cheat on our post-Christmas diets that we didn’t really have our hearts set on anyway.

The importance of this holiday cannot be understated. In fact, to lend some, um, weight to this claim, many heavyweights from our favorite comic books have come forward to weigh in on this weighty topic. And so, it’s time to serve up some thoughts from some well-known characters that have been known to embrace their enjoyment of sustenance, on a day which, for them, is the most important day of the year. They will tell you just how they feel about this solemn holiday 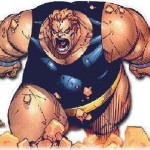 Fred Dukes, aka “The Blob”

“Fat Tuesday is almost as good as Christmas,” stated former circus performer Fred Dukes, munching on a dozen paczki from a local Polish bakery. “I mean, (belches) I gotta give the nod to Christmas, with all that fruitcake and stuff. Did you ever actually try to pick up a fruitcake? It’s like trying to pick up the hammer of that longhaired creep in The Avengers. You gotta be worthy, man; not everyone can do it. I pound down a few of those, and not even that butthead Colossus can move me.”

“But Fat Tuesday has these,” Dukes continued, belching again and pointing at a second dozen of freshly baked paczki. “These poonch-key things. The custard filled ones are to die for. In fact, the guy behind me at the bakery almost did. These things give me some serious gas!”

“Far be it from me to agree with a thug like Dukes,” added Central City police detective Barry Allen, “but I love Fat Tuesday. It’s the only time of year where I can actually put on a few pounds. I have this crazy, super-fast metabolism, probably because I run a lot in my spare time.” 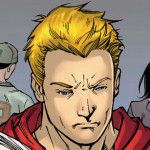 “I’m a sucker for McDonalds’ shamrock shakes,” Allen went on to say. “I have this . . . friend, I guess you could say, who loves the color green, and he’s always making up all of these weird things like chainsaws and big guns. All colored green. So when I see a shamrock shake, I’ve just got to have one. Especially now; I went years without having one. In fact, I went years without a lot of things. Let’s just say I’ve had a sort of rebirth. But that’s another story.”

Others were more difficult to reach for comment, but after multiple attempts, New York-area business leader Wilson Fisk finally stepped forward, late one night in a secluded location from his armored limousine. “You presume, incorrectly, that the origin of my girth is from overindulgence and lack of activity. Many have made this mistake, much to their chagrin.” 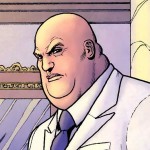 Fisk, enjoying a corned beef and cabbage sandwich, with sauerkraut and thousand-island dressing, it’s important to add, wasn’t done there. “My . . . leadership in the New York business world affords me the luxury of living well. For one such as myself, every day is Fat Tuesday. But I assure you, my own rivals, as well as those costumed clods from Queens and Hell’s Kitchen, are periodically reminded that my stature is not to be trifled with. Driver! Stop at that Taco Bell drive through! They’re still open!”

The last person contacted was U.S. government official Amanda Waller, who has probably fielded as many questions about her weight as she has about what her exact position in the government is. Historically, she has declined comment on both, but after experiencing a sudden and drastic weight loss, seemingly overnight, she was willing to speak. When asked about her feelings regarding Fat Tuesday, she said the following. 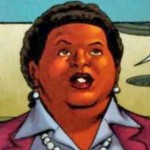 Amanda Waller, as seen before her sudden inexplicable weight loss.

“Look, I know I had weight issues in the past. People often joked that I would take a break from a large meal to go fix myself a snack. If only they knew that, it was true. But come on; Fat Tuesday and all of those Girl Scout cookies everywhere? I just can’t say no to tagalongs and thin mints.”

“But that all feels like another whole universe, now. I’ve dropped from my Old 52 to a much smaller size. And I know it seems strange that I lost all this weight in a flash; point taken. I’m not sure I understand what exactly happened myself. But know this: you’d better find someone else to be the butt of your Fat Tuesday jokes. You don’t want to cross me. It would be suicide.”

So clearly, Fat Tuesday is an important if touchy subject for many people. But hey, it’s February; we don’t have much else to talk about. Enjoy your paczki and Shamrock shakes and Girl Scout cookies, folks; I know I am . . .