I WILL TELL YOU #78: 5 Random Thoughts About Zombies

I Will Tell You #78:
5 Random Thoughts About Zombies and Other Stuff

Now that The Walking Dead has returned to AMC after its always-too-long hiatus, thoughts of zombies fill my brain. So I’ll share them with you, before some of them try to eat it. 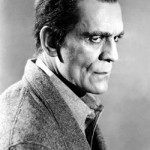 Boris Karloff starred in The Walking Dead; a 1936 movie by that name.

Robert Kirkman Stole The Name
There was a film in 1936 called The Walking Dead, starring Boris Karloff, about a guy who was executed, brought back to life in a laboratory, and then went after his executors. And more recently, in 1989, there was a comic called The Walking Dead, published by Aircel Comics, which was largely a rip-off of George Romero’s Night of the Living Dead. Except for the part about the First Lady being a zombie, much to the dismay of the still-living President. Few are even aware of that old movie, and probably fewer still of the comic, which wasn’t very good. So Kirkman can be forgiven for stealing the name, if it was even intentional, so he could make something with that title that people would remember. 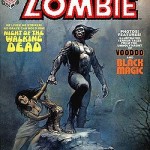 The zombie in this old Marvel mag didn’t eat any flesh. And look; “Walking Dead”, in big letters.

Zombies Used To Be Vegetarians
Everyone today associates zombies with eating flesh and brains, but before George Romero forever popularized the notion back in 1968, zombies stayed away from meat, as hard as that is to believe nowadays. The undead guy from the aforementioned Boris Karloff flick didn’t touch it. And in the comics, zombies never munched on anyone’s leg, even in the pre-Comics Code days. But we are a meat-eating culture, and we probably never would have warmed to the idea of vegetarian zombies, so a reimagining as flesh-eaters was probably the push the genre needed to finally catch on. 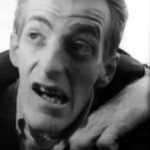 Actor Bill Hinzman. He was coming to get you, Barbara.

Doctor Jack Kevorkian Killed Johnny
Remember the opening sequence of Night of the Living Dead, where that first zombie attacks Barbara and kills her brother when he tries to fight him off? The guy’s an undead-ringer for Dr. Jack Kevorkian, the late Michigan-born pathologist best known for his assisted-suicide crusade back in the 90s. There’s a certain bit of irony there that I can’t quite put my finger on. And if you never noticed the resemblance, take a look at the pic to the left and directly below and tell me I’m wrong. Go ahead; I dare you. 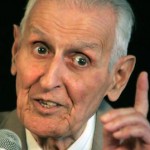 The late Dr. Jack Kevorkian, who helped people die in a different way.

A Little Known Fact About Me
True story: back during Kevorkian’s crusade, I was driving one day through Royal Oak MI, where Kevorkian lived. No, I wasn’t looking for him; but as I drove, I spotted him standing on the side of the street, waiting to cross, and immediately recognized him. Especially since I got a close-up look at the guy when he stepped right in front of my car. I stopped in time, and he crossed, giving a quick nod as he dashed across. That was the extent of my contact with him, but in subsequent days, he would go on to assist several people in ending their lives. And every time he did, it made headlines and generated controversy. And ever since then, I kept thinking about how, although I had absolutely no intention of doing so, I could have possibly prevented all of that with one quick thrust of the gas pedal. But the horrific visions I had of zombie Jack chasing me through a cemetery stayed my hand. Or my foot, as it were. 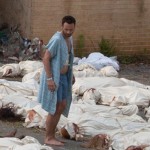 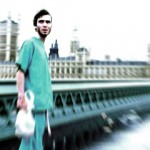 Stop Me If You’ve Seen This Before
Remember that awesome opening to The Walking Dead, in both the comic and the AMC series? Where the central protagonist wakes up alone in a seemingly deserted hospital, to eventually discover that the world is in the midst of a zombie apocalypse? Of course you do, because you saw the exact same thing at the beginning of 28 Days Later, the zombie flick that came out right around the same time that the comic began. The timing of the two independently-created efforts makes the notion of any kind of plagiarism unlikely, but hey; it’s still fun to point fingers.

I’ve got plenty of more thoughts about zombies, zombie-related stuff, and stuff that has nothing to do with zombies. I will tell you all about those . . . next week.