“There are places I’ll remember all my life, though some have changed.
Some forever, not for better. Some have gone, and some remain.
All these places have their moments with lovers and friends I still can recall.
Some are dead and some are living; in my life, I’ve loved them all.””
In My Life, from The Beatles’ Rubber Soul, © 1966. Lyrics by John Lennon & Paul McCartney

It’s almost a shame that we need a holiday like Thanksgiving to remind us all of what we’re thankful for. Everyone knows deep down that we should acknowledge and give thanks for all of our blessings a lot more frequently than once a year. But those of us fortunate enough to be so blessed are often too busy enjoying, experiencing, or otherwise indulging in whatever gifts we’ve been bestowed with that we forget to pause and take stock of our own fortunes.

Should we really give thanks for a comic book story? See below.

Our favorite hobby, of course, being comics. To give thanks for something that seems so insignificant when compared to the truly important things like family, friends, and good health almost seems trivial, at best, or sacrilegious, at worst. When we sit down at the dinner table in a couple of days and give thanks prior to digging in to our Thanksgiving feasts, should something like comic books really be among the things we think of when we thank God for all of our blessings?

Absolutely. Comics might seem like a trivial enhancement to our lives when we think about them amongst all of the other things we have, but they’re likely far more important than you might initially think. And if you want to know the hows and whys, at least my own hows and whys, well; gather round the table. And I will tell you.

To start, we have to understand that most of our lives would be vastly different, in many ways, if not for comics. All of the things that we should rightfully be thankful for likely have shaped and influenced our lives, and as such anything with that kind of impact deserves to be recognized. But it also means understanding that it’s not as simple as giving thanks that God put Alan Moore on this earth so that he could write Watchmen, for instance. It goes far deeper than that. Speaking for myself, comics have changed my life so much, and for the better, that it would in fact be shameful not to be thankful. So here goes.

Any given issue of this comic chased away the blues back in the day.

I’m thankful for comics providing a diversion from bad days, past and present. As a teenager in the late 1970s, nothing cured the blues after a bad day at school like getting lost in the four-color world of superheroes like The Avengers and Uncanny X-Men. Substitute the new Action Comics and BOOM Studios’ Irredeemable, among many other titles, and the same applies today after a bad day at work.

This comic made a crummy day on a summer job fade from memory.

I’m thankful for comics giving me 34 years of immense enjoyment, and counting. Some of the best entertainment experiences I’ve ever had have come from comics, including the aforementioned Watchmen, not to mention other masterpieces like Kurt Busiek and Alex Ross’ Marvels, Scott McCloud’s Zot, or Howard Chaykin’s American Flagg. And countless others.

I’m thankful for comics stimulating my imagination at a young age and instilling in me the desire to write. My grades in many a creative writing class in high school as well as college were undoubtedly in no small part due my yearning to write like “the masters;” Chris Claremont, Jim Shooter, Roy Thomas, etc. I assure all that I certainly never will write like these guys, but it’s always fun and a great motivation to try. 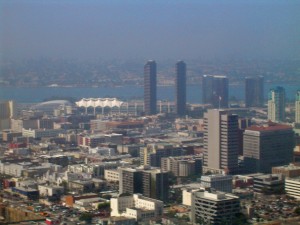 I’m thankful for comics being the catalyst for introducing me to incredible cities like San Diego and Chicago, locales that I might never have otherwise discovered, let alone venture to on an annual basis. I’ve been blessed to be able to travel out to San Diego Comic-Con every year since 1994. And to Chicago Comicon, and later WizardWorld Chicago, and most recently C2E2, for a total of, gasp, thirty years. These trips are among the events that I look forward to the most each and every year, and the memories from the activities inside and outside the conventions are some of the fondest of my life.

And I’m thankful for comics resulting in social encounters that have in turn resulted in some of my longest and most enduring friendships. What started as casual comic shop and convention chat has given way to other discussions and activities, paving the way for friendships that have outlasted residences, jobs, and a marriage. Relationships that endure are truly something to be blessed with.

There. I said I would tell you, and I have. But one curious thing I should add is that, ironically, it was on a Thanksgiving when I first discovered comics. When I was a kid, my family would drive out to my aunt and uncle’s house every Turkey Day, and one year I discovered my older cousin’s stack of early 1960’s DC’s in the basement. I quickly became fascinated with these comics, and my parents practically had to drag me up the stairs when it was time to eat. 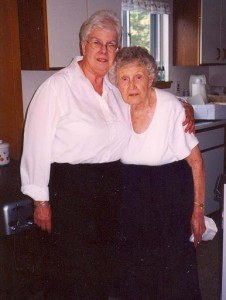 And, come this Thanksgiving Day, just to put everything in perspective, I am also going to give thanks for the good health I’ve enjoyed for 48 years. I’m going to give thanks for a wonderful relationship with a very special lady that has thrived for nearly four years now despite the challenges of so many miles between us. I’m going to give thanks that my 85 year old mother enjoys a life of happiness and contentment despite the degenerative disease that has so badly ravaged her mind and taken so many of her memories. But her otherwise perfect health is a blessing in and of itself, one no doubt passed down from my maternal grandmother who lived a life of perfectly sound body and mind until mere days before her sudden but quick and peaceful death at age 100. I’ll always be thankful that Grandma was a part of my life for so long, as well.

Of course, there are many, many more reasons to be thankful, both past and present, than a column will allow and most readers would want to sit through. But whether the people and things that have enriched our lives are still here or not, it’s important to acknowledge that our lives are better because of them. And there is no better way to do that than by honoring them. And remembering.