Ms. Marvel: Protector of the Universe? 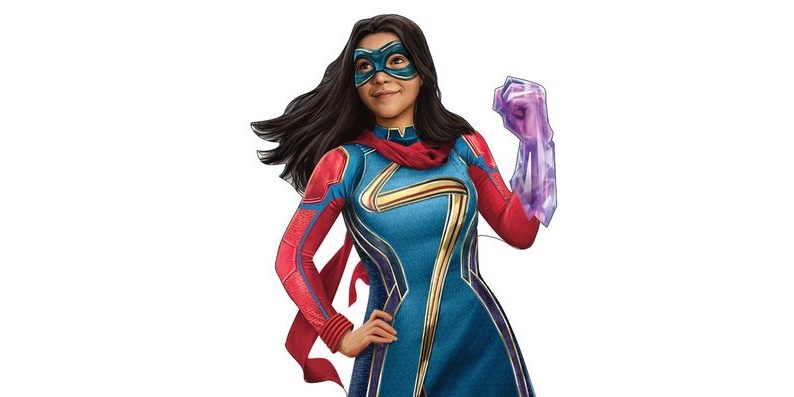 Welcome back to Pure Speculation! The first episode of Ms. Marvel debuts in just two days, so we’ll get straight to the point: Chris thinks that Kamala Khan will be the wielder of the fabled Marvel Comics artifact The Quantum Bands on the new show. Why? Read on!

What Are The Quantum Bands? 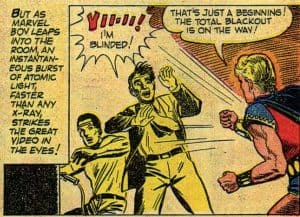 Technically, what are now called “The Quantum Bands” have a history going back to Atlas Comics’ Marvel Boy #1 in 1950. Written by Stan Lee, it was the first of a few attempts by Marvel’s immediate predecessor to revive their defunct superhero line. However, in the interest of brevity, we’re going to jump ahead to Quasar #2 from 1989.

Quasar had debuted as the new Marvel Boy, a member of SHIELD’s Super Agent team, in 1977. He had inherited the original’s cosmically powered arm bands, which allow him to manipulate light into solid objects and fly. Quasar #2 revealed the origins of these arm bands. Called The Quantum Bands, they were forged millennia ago by the godlike being Eon. They bestow the bands on their chosen champions along with the title “Protector of the Universe”. Eon had lost track of the bands for a few centuries and they’d found their way to Earth, where heroes had been using them for decidedly smaller work than intended. Under Eon’s tutelage, Quasar would restore the bands to their proper use.

Captain Marvel is reborn as the Protector of the Universe.

Connections to The Marvels

Eon and the Protector of the Universe title debuted in Captain Marvel #28 in 1974. Written and drawn by Jim Starlin as part of the original Thanos Saga, that ish saw Eon bestow the title on Kree soldier Mar-Vell. The promotion came with a “Cosmic Awareness” sixth sense, beefed up photonic energy powers, a new hairdo/color (from white to blonde and shaggier), and even a slightly altered costume.

Captain Marvel held this title until he was killed off in Marvel Graphic Novel #1. No successor was chosen until Mark Gruenwald combined the Quantum Bands/Marvel Boy backstory with the Protector of the Universe mythos. With the Quantum Bands temporarily out of reach, Eon bestowed Captain Marvel with the closest approximation of their power that he could. Most of of Quasar’s appearances after his solo title ended centered on his role in the cosmic order.

That included his appearance as a protagonist in the epic crossover Annihilation, where he died in the final cosmic battle. Phyla-Vell, daughter of Mar-Vell, was selected as the new wielder of the Quantum Bands and Protector of the Universe. She has been a major player in Star-Lord’s Guardians of the Galaxy on-and-off to this day.

How Are Ms. Marvel’s Powers Different in the Comics? 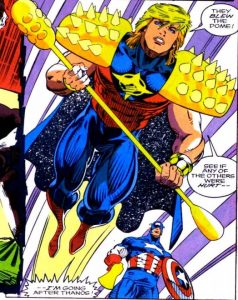 Quasar uses the Quantum Bands to create energy constructs in his solo title.

The comic book version of Kamala “Ms. Marvel” Khan is an Inhuman, like Anson Mount’s Black Bolt from Dr. Strange in the Multverise of Madness. She has the ability to alter her size and shape, usually either modifying her entire body’s size like Ant-Man or “embiggening” her fists to increase punching power. While she is very strong and very hardy, her powers are decidedly physical. This makes her stand out among the otherwise high-flying, light-manipulating Marvels.

The trailer for the series demonstrates that those won’t be her powers when the shows debuts on Wednesday. It shows Kamala donning a pair of bracelets, which in the comics are her mother’s wedding bangles, that glow when they snap closed. From there, she’s shown using purple energy to do things like make fists and close doors AND experiencing strange visions.

That sure seems like the light manipulation and cosmic awareness abilities the bands confer, doesn’t it? Making Ms. Marvel the wielder of the bands and Protector of he Universe would sure make it easier to fold her into the hard-nosed Captain Marvel’s corner of the Marvel Cinematic Universe. 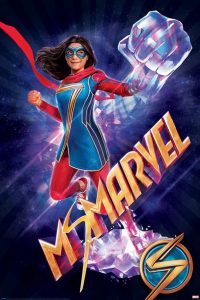 What Does It All Mean?

If Chris is right, we’d expect these offbeat issues to experience a bit of a jump in the near future:

If you’ve got any of those issues, now might be a good time to investigate the market. Your pals at Back to the Past are, as ever, ready to help you make that happen. Until then, we’ll be watching with great interest to see if Chris nailed it or was way off.