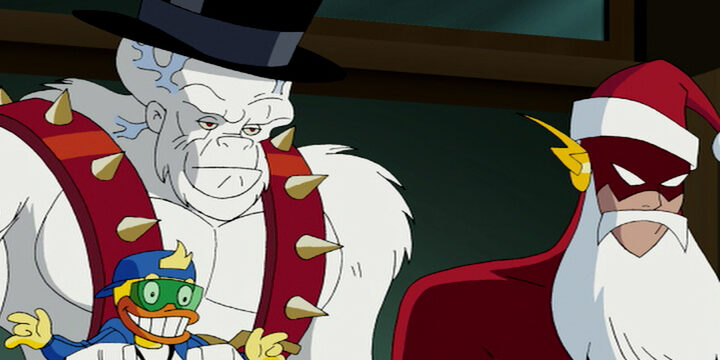 If you’re anything like us, you’re a sucker for those annual superhero holiday specials! The DCU Holiday Bash, Ant-Man’s Big Christmas, they’re superhero adventures that inspire warm holiday feelings. To keep that feeling going, we’ve curated this list of our favorite superhero Christmas episodes!  Even if you don’t celebrate that particular holiday, we think you’ll be able to enjoy the hope for peace on earth and good will to all these episodes offer up.

Christmas With The Superheroes

Saving the world is important work, but even superheroes need some time off for the holidays. In these tales, there are no supervillains or planetary dangers, just superheroes celebrating and enjoying the holiday season.

The Justice League splits up for the Holiday: The Flash plays Santa for the orphans of Central City, Superman takes the Martian Manhunter to Smallville, and Green Lantern takes Hawkgirl on a holiday date around the galaxy. 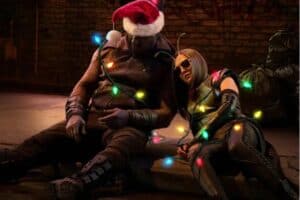 Guardians of the Galaxy Holiday Special (2022)

Drax The Destroyer and Mantis attempt to bring Star-Lord some Christmas cheer in the form of Hollywood’s Kevin Bacon. Inspired by, and vastly more watchable than, the Star Wars Holiday Special!

Stream it on DIsney+!

Have Yourself A Morlock Little X-Mas (X-Men: The Animated Series, 1995)

The X-Men leave their upstate mansion on Christmas Day to visit their sewer-dwelling friends The Morlocks, providing medical aid and holiday cheer to those in need!

Stream it on Disney+!

Want to see your favorite heroes in a traditional Christmas tale? These superhero stories borrow from holiday classics like It’s A Wonderful Life, A Christmas Carol, and Home Alone.

During a near death experience, Lex Luthor experiences what his life could be like if he became a better person. Spoiler: it’s wonderful! Meanwhile, Clark Kent teams up with Santa Claus to deliver gifts.

Stream it on Hulu!

The Ghostbusters fill in for the Ghosts of Christmas Past, Present, And Future after accidentally capturing them! Meanwhile, Egon Spengler has to carefully extract these benevolent Christmas spirits from the containment unit – without letting any other ghosts out. 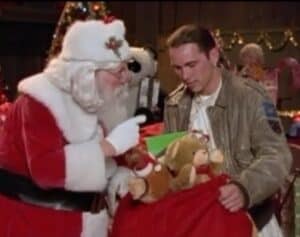 Stream it on Amazon Prime!

Stream it on Netflix!

In the words of Batman, “crime doesn’t take a holiday”. When bad guys threaten the season of giving, superheroes set things right in these action-packed holiday tales!

Christmas With The Joker (Batman: The Animated Series, 1992)

When The Joker (voiced here for the first time by Mark Hamil) kidnaps several prominent citizens on Christmas Eve, Batman (voiced by the dearly departed Kevin Conroy) and Robin spring into action to rescue them! 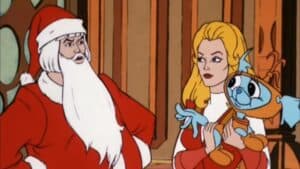 When two Earth children accidentally find themselves on Eternia during the holidays, super siblings He-Man and She-Ra team up to prevent their vile foes Skeletor and Hordak from destroying Christmas! Its pure goodness is the reason the Evil Horde has never targeted Earth, dontchanow.

Stream it on Tubi!

Disgruntled toymaker Winslow “The Toyman” Schott menaces Metropolis with mind-altering toys at Christmas time! It’s up to Superman and Lois Lane, both reduced to childish mindsets by the sinister playthings, to save the holiday.

And So Many More!

There are a TON of holiday-themed episodes of superhero shows out there! Which one’s your favorite? Tell in the comments or in our mentions @b2pcollect! And if the sudden influx of holiday goodies makes you realize it’s time to downsize, we’re always happy to help you sell your collection.

Merry Christmas, Happy Hanukkah, Joyous Yuletide, and just a general Happy Holidays from your pals at Back to the Past!