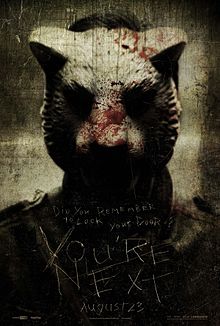 You’re Next is a 2013 horror film written by Simon Barrett and directed by Adam Wingard. It stars Sharni Vinson and has an approximate running time of 94 minutes. It is being distributed by Lionsgate.

The Innkeepers is a Great Way to Prevent Sleep

The Innkeepers is a film from 2011 that was written, directed and co-produced by Ti West. I had seen a previous film of Mr. West’s entitled House of the Devil (which I will review at a later date) and was pleasantly surprised at the quality of this relatively unknown (at least to me) film. It was a no brainer that I would be checking out this movie.