Top Five Reasons to be Thankful For Comics

I Will Tell You #89:
Top Five Reasons to be Thankful for Comics 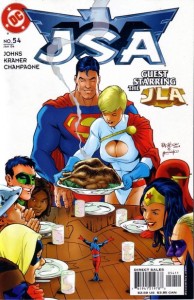 As Thanksgiving approaches, we all have many things to be thankful for, although amidst the business of our daily chores and various challenges we face, we don’t always realize it. While we scramble trying to cope with the stresses of our jobs, families, and day-to-day hassles, we sometimes forget to acknowledge the things we enjoy in life, and are fortunate to have. We have things like our health, our friends, and our memories of things past. And many of you who are reading this have an interest in something that is indeed deserving and worthy of our thanks.

And what is that something, you ask?

That something is comics.

Comics, I hear you say? Yes, comics, I say back. In the grand scheme of things, the big picture, the entirety of life, why should we be thankful for something as seemingly trivial as comic books? Why, I will tell you that, as well. Those of us who have embraced the wonderful hobby of comic books have found a lot of enjoyment from them. We’ve made friends because of them. And our lives are better because of them. Comics are a bellwether of those bigger things in our lives that we truly have many good reasons to be thankful for. And I’ll prove it. I’m naming five of them right here. Starting with the first and most obvious. Here we go. 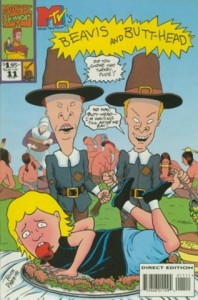 Well, duh. Of course we do, and I said as much already. But think about what that has meant over our lives. Some of our most fun moments involve comic books. The wonder of discovering a terrific new story, writer, or artist. The thrill of picking up and reading the latest issue of our favorite series. The joy of finding that elusive missing issue, for the collectors among us. The anticipation of sitting down with this week’s haul and burying ourselves in other worlds, universes, and dimensions. They might just be comics, but our lives are all the better for them. Can you imagine what your life would have been like without comic books? Yeah; me neither. 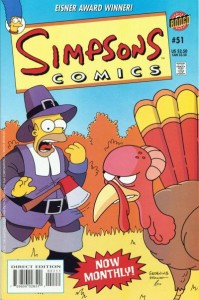 Admit it; as great as our lives might be, sometimes they still suck. There’s always that rotten day at school or work. Or that unexpected car or house repair that puts a dent in our wallets. Or that argument with a parent or sibling or child or whomever.  A stack of comics helps us temporarily retreat to a far more engaging and colorful place, giving us respite and that oh-so-needed time-out so that we may gather our thoughts and recharge to face these tribulations. Comics don’t make them go away, but they give us an oasis in a cesspool of suckiness. Just like television and movies, but without the noise. In those moments where we might not feel all that thankful for our current life situation, we can at least be thankful for the break that comics give us. 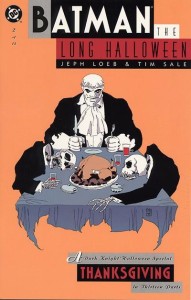 3. Comics Have Given Us Great Memories

Anyone who’s been into comics for awhile will tell you that some of their greatest memories involve comic books. Who doesn’t have fond memories of that first comic book they picked up and became immediately captivated with? Or feel nostalgic when thinking about those comics they read while on a family vacation? Or get incredibly stoked when given the opportunity to meet our favorite creators who seem like rock stars to us? Comics are powerful enough to be the catalyst for memories that will last a lifetime. That’s right up there with our memories of our first date, or Grandma holding our hand, or our best childhood friend. And anything that gives us such happiness and pleasant remembrances is something we should absolutely be thankful for. 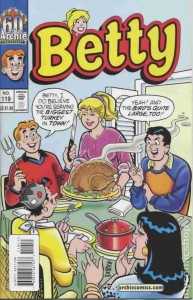 2. You Wouldn’t Have Half of Your Friends If Not for Comics

All of those people you hang with at the comic shop, or go to cons with, or maybe even just argue with about comics via message boards, are your friends. You might not realize it, but they are. And you just might have a lot more in common with them than you do with some of your non-comic, civilian pals. You might even just, gasp, share your comics, without even washing your hands first. If comics are a big part of your life, chances are a large number of your good friends are comic peeps, too. So if comics weren’t a big part of your life, chances are they wouldn’t be in your life. At all. Now look around and see how many of those folks are among your best friends. Kind of hard to imagine them not being part of your life, isn’t it? About as hard to imagine as a life without comic books. So be thankful for comics, if for no other reason than your life would be drastically different without them. 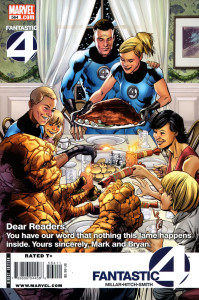 1. You’ve Got a Pretty Good Life if You Read Comics

Did you go to the comic store recently? Then you probably have a car, so you have quite a jump on a lot of folks. No car? Then you either are fortunate enough to have a good enough friend to give you a lift, or you’re able to make your way to the bus stop. At the very least, you’ve got a good bicycle and a healthy pair of legs that got you there, with or without a bike. Did you buy a bunch of this week’s comics? Then you’ve got at least some degree of disposable income. Did you read them afterwards? Then that means you’ve got a functional brain, and one that’s filled with some amount of education. It also means you have the gift of sight. Did you file your comics away at home after you read them? Then that means you have a place to not only put your comics away, but to sleep, and shower, and live your life. And with any amount of good luck or good fortune, you live your life there with heat, and power, and running water. There are people who don’t, or can’t, read comics because they lack any number of the above amenities that we all take for granted. So next time you put your feet up to read the next issue of your favorite comic, take a moment and think of those who cannot do such a thing, and thank God that you at least have a crummy job, a drafty apartment, and a rusty old clunker of a car.

That’s right. We read comics, and life is therefore good. Maybe not great, at still pretty good, at the very least. So when you put down that comic to come to the table for Thanksgiving dinner, take one last look at it before you say grace as a reminder to give thanks to all that you’ve been blessed with. Because no matter how bad you might think things are, they could always; always; be worse.