1 out of 5 – Would Recommend: Ghost Rider Spirit of Vengeance 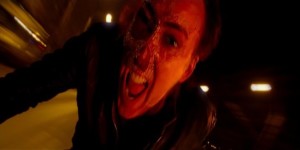 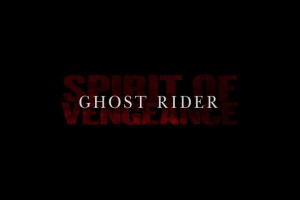 Welcome back to 1 out of 5 – Would Recommend, where bad reputations lead to good standing. Today’s subject is the rare big budget Hollywood feature to achieve commendable 1 out of 5 status, 2011’s Ghost Rider: Spirit of Vengeance.

Johnny Blaze, the demonic biker known as Ghost Rider, fights to protect the son of Satan and save his own soul in the process.

Who Made This Not-So-Super Movie?

The guys that made Crank, according to the DVD box. But you shouldn’t care about that, the draw here is Nicolas Cage at his absolute Nic Cage-iest. The man went so far as a wear full on Baron Samedi voodoo make-up in lieu of traditional motion capture dots, the least you can do is enjoy his performance.

This movie is over the top in a way that movies made with millions of studio dollars rarely manage. Everything about it is taken to an utter extreme, and it savors every second of it. This movie is many things, but boring is no one of them and you would do well to give a chance. If nothing else, it will give you quite the mental picture of Idris Elba to carry with you when you enjoy the Marvel Cinematic Universe.

Among other mental images…

NEXT WEEK: We’re back on topic with MST3k classic and Elementary plot device, 1966’s Manos: The Hands of Fate.