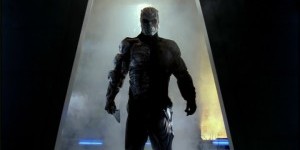 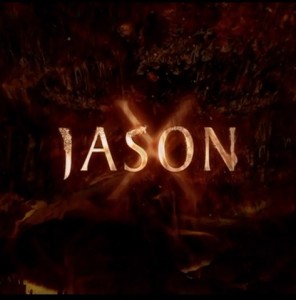 Welcome back to 1 out of 5 – Would Recommend, where it’s October! We’ll be celebrating Halloween all month with a collection of the most bizarre and poorly conceived horror flicks we could find, so turn out the lights and shut off your brains. First up in the queue is 2001’s “sure, why not” classic, Jason X!

In the near future year of…2010, the U.S. government cryogenically freezes Jason Voorhees to put a long term end to his never-ending killing spree. This s works pretty well, until a spacefaring team of students in 2455 AD discover Jason and revive him. From there…look, it’s cyborg Jason Voorhees murdering teenagers on a space ship. Do you honestly care how the story gets there? Do 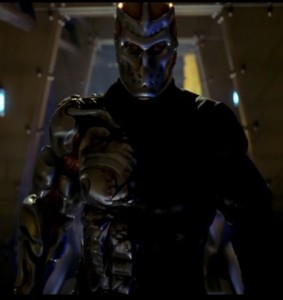 “Half Man, Half Machete” is nowhere near Jason’s dumbest resurrection.

New Line Cinema, who had acquired the rights to Jason with an eye towards making Freddy vs. Jason. They clearly had no damned idea what to do with the character until that actually came together, so they took a page out of the Leprechaun playbook and sent him to space.

This movie is stupid. There is no amount of wrangling, of exposition, of plot set-up that could make Jason in Space anything other than ridiculous. And it doesn’t need to be – it’s Jason in space! How frikkin’ cool is that? It succeeds at being funny, it’s a fairly clever entry in a franchise that was literally the same plot repeated eight times beforehand, and it’s a massive improvement over the previous novel installment in the series (which had Jason take the form of a body snatching demon worm for most of the flick). The fun factor alone makes this an unskippable entry in the Friday The 13th Franchise. 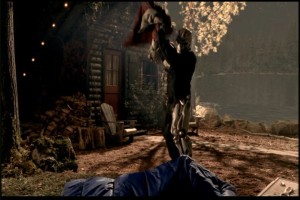 Jason murdering one holographic camper by beating them with another one, AKA The Literal Best Kill Ever.