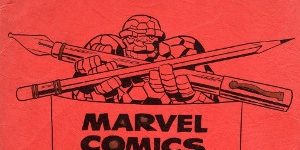 Welcome to this week’s Fabulous Find, true believers!  And with that introduction, you might guess that I’m once again digging into my Marvel Comics collectibles to bring you something I think is totally cool.  So without further ado, I present the 1965 Marvel Comics Group Official Swingin’ Stationery Kit.

This kit was advertised in Marvel comic books for the first time in the Marvel issues cover dated, September 1965. These comics should have been on the stands around July of ’65.  So all the kids home from school for the summer could bug/beg their parents to part with a whole dollar ($1.00) to send away for the swingin’ stationery.

Here is the ad that appeared in Marvel comic book back then: 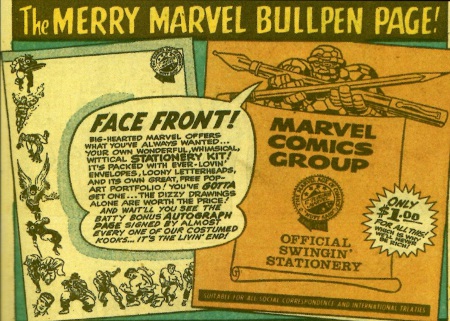 I definitely remember this ad appearing in my Marvel comics when I was ten (10) years old that summer of ’65, but for whatever reason, I failed to send away for the stationery.  It wasn’t until just these past summer that I secured my copy of this wonderful Marvel collectible.  And I must be truthful, I had to pay a lot more money that the dollar that I could have bought it for in 1965.

The stationery kits were available through at least the summer of 1967, as the ad, or the second, full-page ad anyway, continued to run within the pages of Marvel comics.  The last time the ad appeared was in the Marvel comic books cover dated August 1967.

Here is that full-page ad: 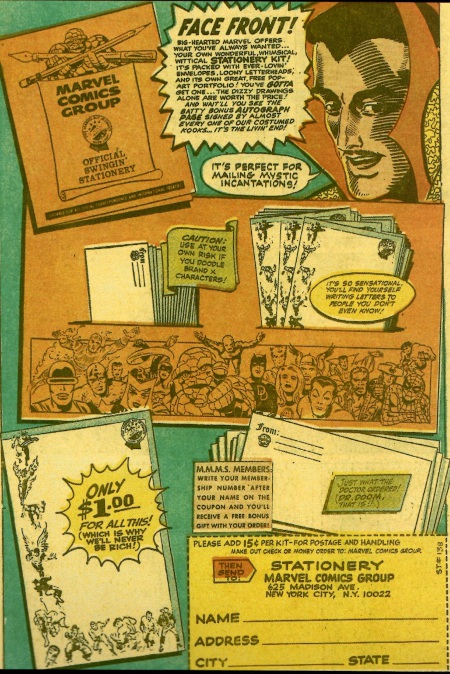 I love it that Marvel’s mystic mage, Doctor Strange is shilling the stationery.  Hey, he’s gonna be in his own big-screen movie in just a few short weeks.  Can’t wait to see it!

So that’s what us kids would have seen in the comics that we were buying and reading back in 1965 through 1967.  So what’s the actual kit contain?  Well, you can see a little bit revealed in the ads, but I’m here to give you the full guided tour of my own copy of this kit.

Let’s start with the front cover: 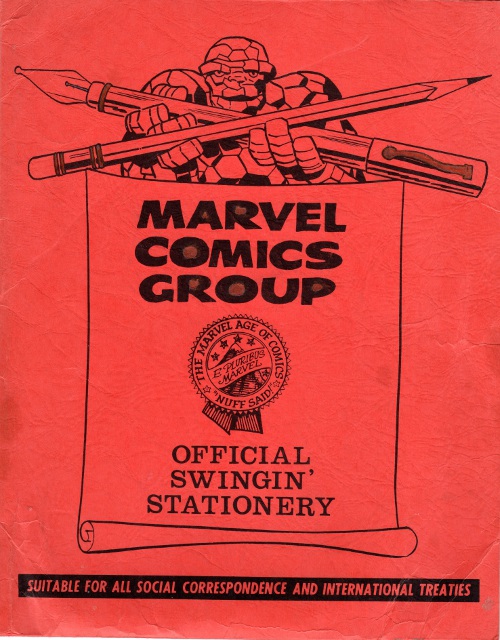 As you can see, it’s got bashful Benjamin Grimm holding a couple of writing implements, a pencil and a pen.  It even features the very impressive Marvel seal, which states … E Pluribus Marvel … The Marvel Age of Comics … Nuff Said.  I also like that it states that it is suitable for all social correspondence AND International Treaties!  What kid wouldn’t want to write one of those!

The folder itself is a fully illustrated reddish orange two-pocket stationery folder.  I’m sure that Thing figure is drawn by none other than Jack Kirby!

Now let us open this bad boy up and see what’s inside: 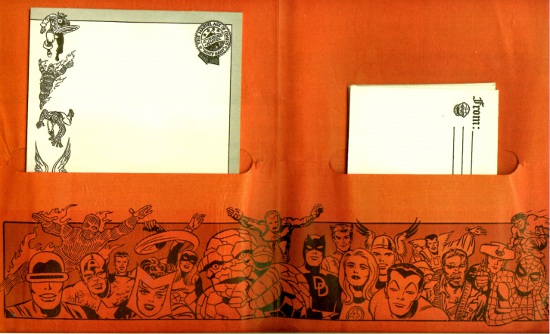 Dig that great Jack Kirby art at the bottom!!!!!  And as you can see, the kit includes things on both sides of the folder.

First up, on the left is a twenty (20) page illustrated character notepad.  All the figures are drawn by Jack Kirby, as well, I believe.  Take a closer look: 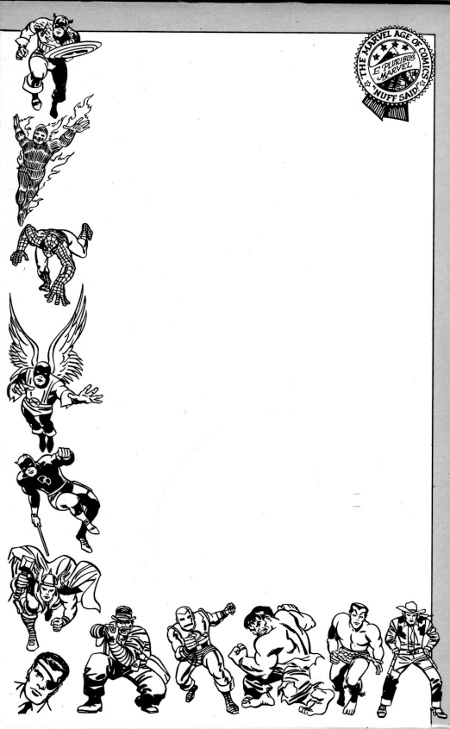 I really want to use my copy everyday, but I won’t, … must preserve my collectible!  And what’s that on the right hand side?  Why, it’s twelve (12) mailing envelopes, also featuring the Thing!  Let’s take a closer look at one of these, as well: 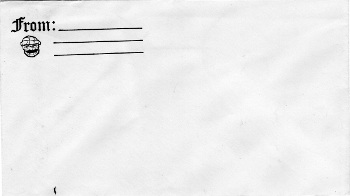 I guess, compare to the folder and the notepad, the envelope is rather plain, but let’s take a peek at the reverse side, as well, why don’t we: 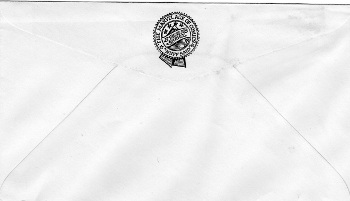 Ahh, there is that Marvel Comics seal again.  A nice touch, I think.  And makes up for the “plainness” of the front of the envelope.  So I guess all we have left id to turn the folder over to wrap things up, so … here’s the back of the folder: 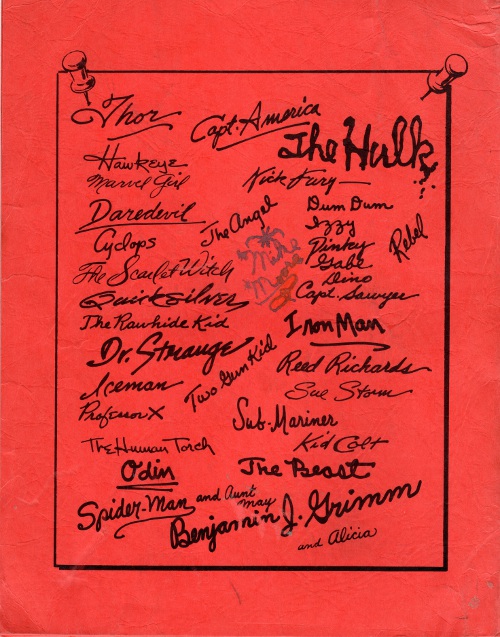 And we find that all the Marvel characters have signed the back.  Right there at the top are, Thor, Captain America and the Hulk.  Looks like the Hulk might have been having a little trouble signing his name!  Also included are signatures of the members of the Fantastic Four, the X-Men, Nick Fury and his Howlin’ Commandos, and even some of Marvel’s western heroes; like the Rawhide Kid and the Two Gun Kid.  Plus, of course, Spider-Man.  Heck, even Odin, himself, signed!  Check it out above, and you’ll even spot where the original owner of this kit signed his own name amongst all those heroes!

I’m really surprised that Stan Lee and Jack Kirby didn’t sign the back cover, as well.

I have been looking for one of these kits for a long, long time and jumped at my chance to pick this one up, earlier this summer.  My pad is complete, but I only have one single envelope, but that’s okay, as I’m ecstatic that I finally own one of these great Marvel collectibles!

Thanks for reading everyone, and I hope you enjoyed this post.  And of course, please come back next week for a new RETRO REVIEW, and again in two weeks for another new Fabulous Find.  Be seeing you …