A Brief History of Bozo The Clown 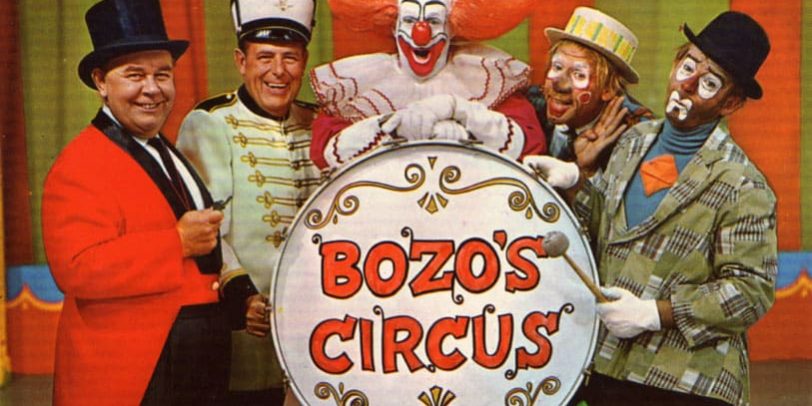 Welcome back to Consigned, Cool, & Collected! This is a weekly dive into the history of the fabulous collectible treasures we sell every day, be they public service announcement comic books or pieces of NASA equipment. We apologize to any readers with coulrophobia, as this week’s subject is a 1948 Bozo The Clown lamp! 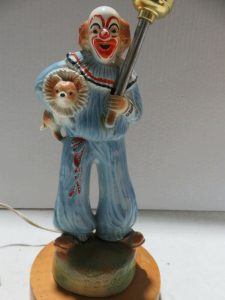 Bozo The Clown first appeared in 1946. He was created by producer Alan W. Livingston as the narrator for a children’s read along record set. Pinto Colvig, the original voice of classic Disney characters Goofy and Grumpy, brought the character to life. The character was an instant hit, starring in more records and becoming the mascot of Capitol Records’ children’s offerings. Even records on which the character did not appear carried a stamp signaling his approval. In fact, a Woody Woodpecker record in our showroom bears such an approval!

Interestingly, the character of Bozo didn’t much exist outside of illustrations in this period. Any live performers were more on the order of mascots than personalities int heir own right. Kids in L.A. might have seen Pinto Colvig in clown drag, but everyone else was going off the comics that came with the records. That means that the 1950 lamp available in our eBay store isn’t based on a person but instead (effectively) a cartoon character.

Buy Your Own Bozo Franchise

That was the state of affair up until 1957, when Livingston left Capitol Records. Larry Harmon, one of many actors hired by Capitol to portray the character, bought the character from the record company. He revamped Bozo with a new look, new voice, and new name: “Bozo, The World’s Most Famous Clown”. He put together an animation studio and began producing cartoon shorts featuring the “new” Bozo, complete with his voice as the character.

He then turned around and began licensing these shorts out to local stations around the country along with Bozo franchises. For a fee, a TV station could put together their own Bozo The World’s Most Famous Clown show with a local performer as Bozo introducing the animated shorts. The most famous version was Chicago’s Bozo Show, which ran from 1960 to 2001. Not only was it a long-running program in a major market, it was shown nationally on WGN: The Superstation. This would be the version of Bozo that most younger Detroiters would recognize, as the Motor City’s version of Bozo went off the air in 1979. 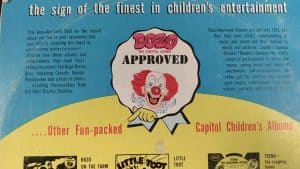 Bozo The Capitol Clown’s seal of approval, as it appears on “Woody Woodpecker’s Picnic” in our showroom.

The End of an Era

Chicago’s Bozo was al the last one standing, and the character’s fifty year history of entertaining children ended with the dawn of the 21st century. The character is now owned, in full, by David Arquette. While that’s admittedly a little strange, there are worse ways he could be using that Scream money.

If you have a collection of vintage items like character lamps that you don’t know what to do with, we can help! Bringing vintage collectibles of all kinds to market is what we do around here, and we love doing it. And if you’re not ready to sell it just yet, Consigned, Cool, & Collected will be telling you more about the cool stuff we handle each and every Monday.