Avengers vs X-Men: A Final Word – For Now

You what I like about comics publishers doing something big, like a crossover or continuity-altering event or company-wide relaunch? I will tell you: it’s because, whether it’s good or bad, or whether I love it or hate it, or whether it’s come to pass yet or not, it gives me a lot to write about.

Which means that you get to revel in, or are forced to endure, another column about, yes, Avengers vs X-Men. I’d like to say that this will be the last, but since the first issue of the thing hasn’t even been published yet, I somehow doubt there won’t be plenty more to say.

As I’ve mentioned in past columns, I’ve considered both teams to be my favorites at different points throughout my comic-reading career. So when Marvel first announced this crossover, the inner fanboy in me felt an unusual kind of excitement; one that I hadn’t felt in a long time, and the kind of excitement that’s usually quashed pretty quickly by my dominant and more skeptical inner critic. 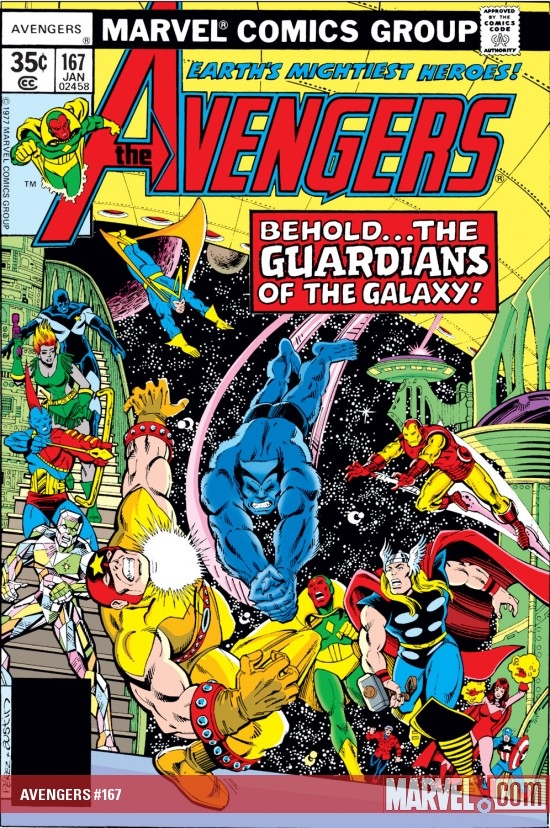 This is "my" Avengers.

But the inner fanboys are a regressive and unchanging lot. Most of our inner fanboys are, of course, ourselves at a particular younger age. And mine is one who recalls an Avengers roster that included big guns like Thor, Iron Man, and Captain America, who are still associated with the franchise, but also favorites like Yellowjacket, The Wasp, and The Beast, who are not. And, my inner fanboy recalls nothing of characters like Luke Cage, Spider-Man, and The Thing ever having anything to do with The Avengers other than an occasional team-up. 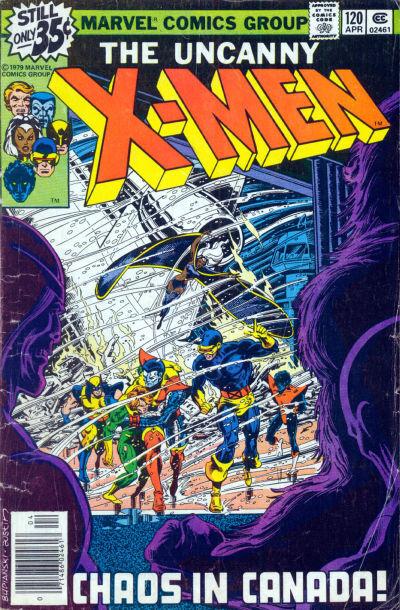 Same with the X-Men. Favorites like Cyclops, Wolverine, and Colossus are still around. But what about Banshee? Or Nightcrawler? Or Jean Grey? And there was no Armor, Husk, or Namor the Submariner holding a special place in my memory, at least in association with the X-Men that I knew back when. 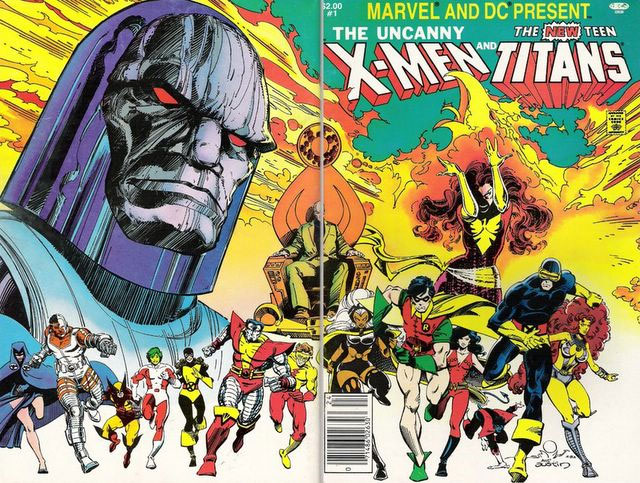 X-Men vs Titans was anticipated by all.

And back when, the first time I got excited about a major event involving the X-Men was thirty years ago; in fact, there were a lot of fans anticipating 1982’s X-Men / New Teen Titans crossover. And with good reason; both properties were the hot titles at the time for their respective publishers, and in retrospect both titles were either at or very near their peak in popularity. I had been an X-Men fan for a few years already, but still being mostly a Marvel fan, I hadn’t discovered the Teen Titans yet. In fact, this book was my introduction to that franchise. So, I was drawn in to this book mainly because it featured the X-Men, the fact that this was a big X-Men event, and that the team membership was largely composed of characters like Cyclops, Wolverine, and Colossus that I considered to make up “my” X-Men. The fact that it was a team-up with the Teen Titans was incidental to me. 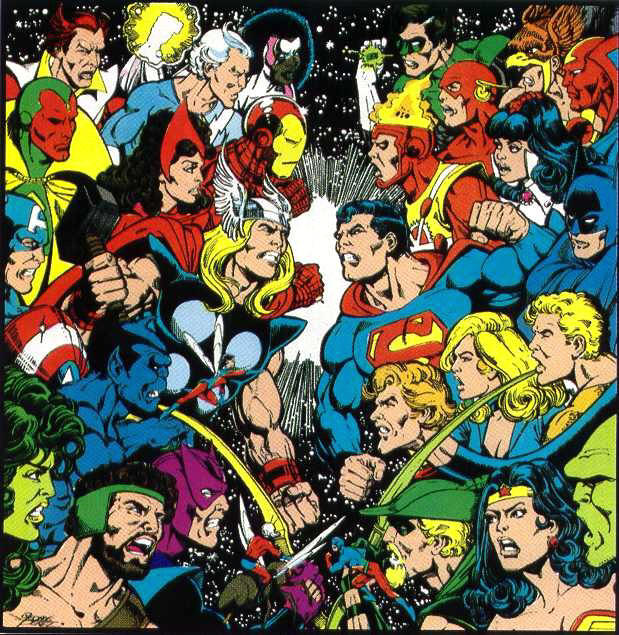 My fondness for The Avengers had faded by the time Avengers vs JLA was announced.

A year later, there was just about as much anticipation for the next but ultimately unfinished and unpublished Marvel / DC crossover, Avengers / JLA. Anticipation from fandom at large, that is, but not much from me personally this time around, despite having considered myself a devoted Avengers fan not that many years earlier. It was after the end of writer David Michelinie’s run in 1980 or so when my enjoyment of the title plummeted quickly. And at the time that this crossover was trying to come together, The Avengers was in the midst of writer Roger Stern’s run, a run that that I never really enjoyed and one that included the addition of characters like She-Hulk, the Monica Rambeau Captain Marvel, and Starfox. Not to mention the departure of founding members like Iron Man. The critical reason my interest waned was because I never felt Stern grasped the dynamic of the team, but my fanboy reason was simply because I didn’t feel these characters belonged on the team; these weren’t “my” Avengers. 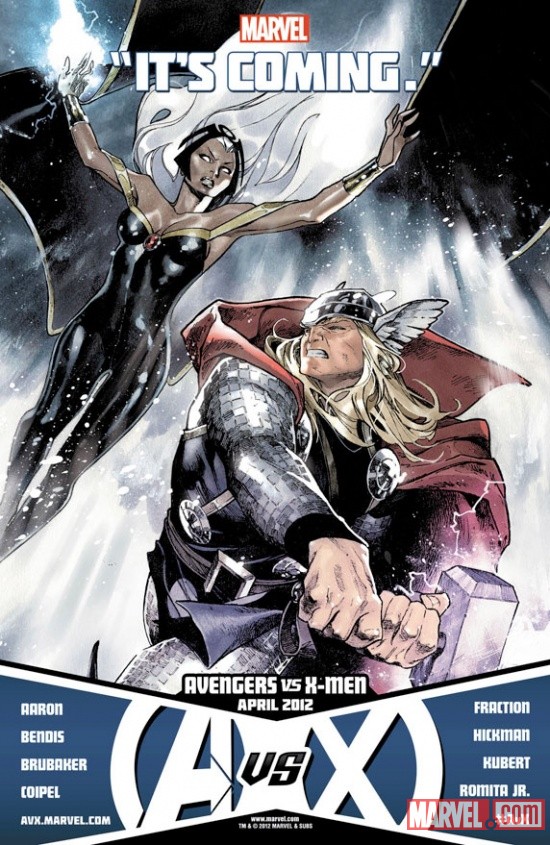 So when it was eventually announced that this project wasn’t going to happen, I wasn’t too heartbroken. A lot of tidbits regarding the story had been leaked, and while George Pérez’pencils looked awesome as always, some of the plot elements didn’t sound all that great. For example, a face-off between Monica Rambeau and Firestorm didn’t really thrill me in what was supposed to be an encounter between both publishers’ all-star franchises. Nor did an all-too-obvious race between The Flash and Quicksilver; DC’s far more powerful and near iconic character should barely even be mentioned in the same breath as Marvel’s second-rate speedster. 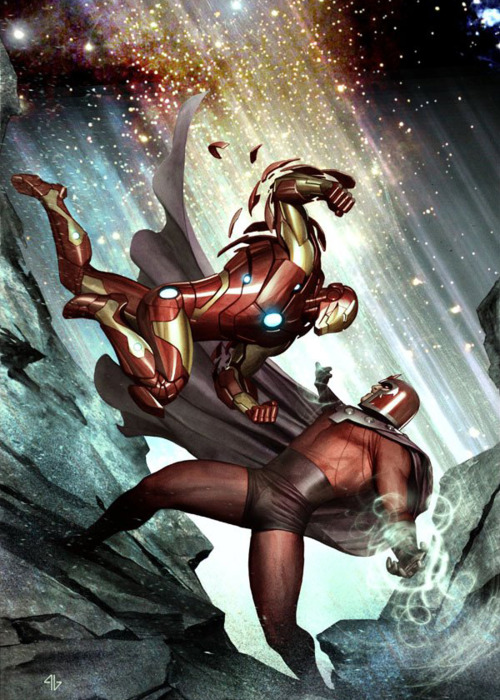 So the crossover that featured a roster I wanted to see excited me, but the one that featured who I considered second-stringers did not. Now, back to the present. Avengers vs X-Men. AvX. The idea excited my inner fanboy when it was announced, to be sure. But then my inner critic whispered in his ear and asked two very obvious questions: “Are these “my” Avengers? And are these “my” X-Men?” 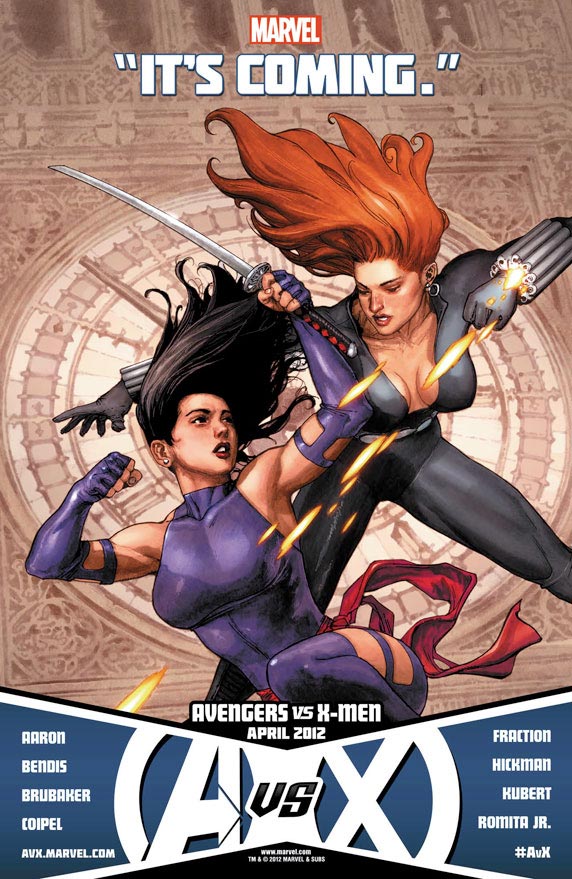 With both teams now populated with so many characters unfamiliar to my inner fanboy, I feared the worst. Criticism aside, I half expected some of the battles we’d get to see might be something like The Protector vs Agent Brand, or Squirrel Girl vs Pixie. And when I researched for this column, I actually saw mention somewhere that Squirrel Girl vs Pixie actually IS one of the slated showdowns, But, my inner fanboy was thrilled to find out about some of the other matchups. Thor is going to face off against Storm. Captain America will be battling Cyclops. Even Black Widow against Psylocke sounds cool.

And perhaps best of all, we’re in for a slew of battles that would not have come to be if these were solely “my” teams squaring off. Iron Man vs Magneto is a natural rivalry, but oddly enough one that’s occurred all too infrequently. The Thing and Namor have had a lot of great battles, but if it’s not going to happen in Fantastic Four where one would expect, well then, it can happen here. And Spider-Man going up against Iceman probably hasn’t happened since days of Marvel Team-Up.

Now, if any or all of these encounters suck, then there will plenty of criticism. But for now, fanboyish excitement is at the forefront. I’m genuinely excited. These might not be “my” teams from my forever-young inner self, but my grown-up self is mature enough to recognize that, just possibly, that might not be a bad thing.

And Ms Marvel vs Rogue? Be still, my heart; it might be even better.