Happy Friday!  And welcome back to Greg Turner’s Retro Review.  This week I’ve pulled out Detective Comics # 475 & 476.  These are published by DC Comics and are cover dated; February and April 1978.  The comics feature the Batman against his foe, the Joker, in a two-issue continued story written by Steve Englehart, with pencil art by Marshall Rogers and ink work by Terry Austin.  The first issue is entitled; “The Laughing Fish!” and the second issue’s title is; “Sign of the Joker!”.  Both covers are done by Rogers and Austin.  Here’s what they look like: 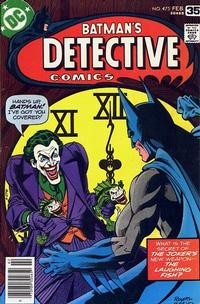 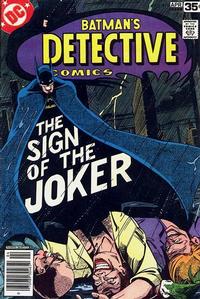 Some people have stated that they think the run of stories done by Englehart and Rogers is the definitive Batman.  I think issues # 471 through # 476 in Detective Comics is an outstanding run, but is not the definitive Batman.  In my humble opinion, that has to be the Neal Adams drawn books found in both Batman Comics and Detective Comics!  But I can understand why some people might put these comics forth as definitive!

Issue # 475 opens with Batman dropping in on Silver St. Cloud on a “dark and stormy night”!  He believes that she knows he is Bruce Wayne under his cowl and goes to confront her, but she denies having anything to tell him, though as soon as he leaves she admits to herself that her boyfriend, Bruce Wayne is actually the Batman!  Can it be that Bruce has finally found someone who can accept him as both beings, Bruce and Batman?  While they both struggle with the consequences of that fact, Batman responds to a call to the riverfront where Gotham fishermen have puled from the river fish with the Joker’s face!

Finally on page eight, the Joker makes his appearance at a government copyright office.  I love the government employees’ reaction to the Jokers appearance.  He simply exclaims; “Good Lord!”  Whereupon the Joker spins around and says; “where?”  Gotta love it!  He wants to copyright the Joker fish and make millions from a cut of every fish sold.  The Joker leaves the office with a threat and a deadline of midnight to chance their mind!  The Joker then visits Boss Rupert Thorne (President of the Gotham City Council) and confronts him in a men’s room at the Tobacconist’s Club.  He tells him that the Batman is his and his alone!

The Joker cuts into the television broadcast and states that he will kill G. Carl Francis (the patent clerk) at midnight.  Batman goes to Francis’ home to protect him from the Joker, only to fail.  Using his Joker gas, he kills Francis, as promised, and Batman and Commissioner Gordon are unable to save him!  The comic ends with Rupert Thorne picking up Silver St. Cloud alongside a road, where she has had car trouble.

Issue # 476 begins with the Batman and the Gotham police department providing protection to the Copyright Commissioner.  But again the Joker is successful in killing the man, using his own cat, even though Batman was disguised as the Commissioner and the Commissioner was wearing Batman’s costume!  The scene switches to Thorne and St. Cloud on their way to Akron, Ohio for some reason, but when Silver defends the Batman to Thorne, he leaves her at the edge of the deserted roadside.  Lucky for her, its near a small airport and she is able to charter a plane and fly back to Gotham.

Meanwhile the Joker has brought his battle to Batman and the police!  Batman manages to dodge a blast of acid let lose by the Joker and chases him to a rooftop where they battle until Batman is force to leap away to avoid another blast of acid and it’s at this moment that lightning strikes the girder the Joker is on and he plunges into the river below!  It is at this point that Silver arrives and tells Batman that she knows he is Bruce Wayne, but that even though she loves him, she can’t live with knowing that each night brings him so much danger.  She kisses him and runs away and Batman is left to swing away into the night, forever alone!

I give this, two issue Batman/Joker story, four (4) out of five (5) Legion Flight Rings.  I recommend it highly, as I do the complete run of Englehart and Rogers’ Detective Comics! 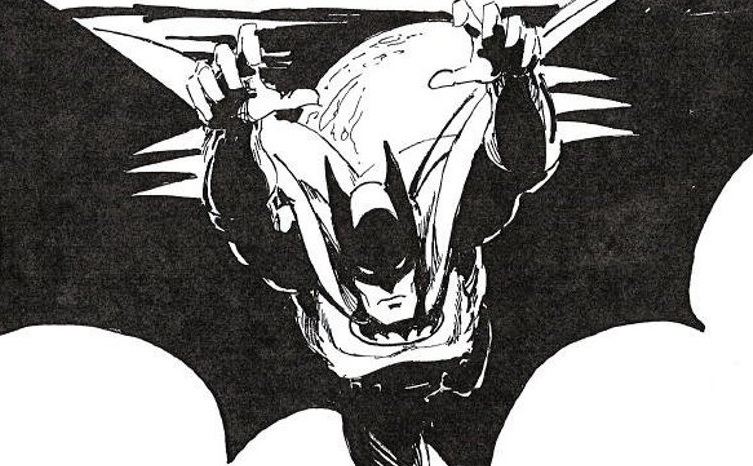