Buy Low, Sell High (Or “Don’t Be Like Todd McFarlane”) 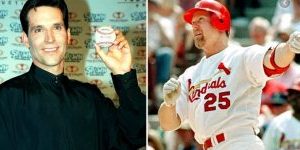 Welcome back to Hammer Drops, where we usually seek to learn from realized auction prices. Today, we’re looking away from our own auction house and decade to news about the estimated value of Mark McGwire’s 70th Home Run ball.

St. Louis Cardinal Mark “Big Mac” McGwire set a new record for home runs in a single season back in 1998 during a much-ballyhooed “Race to the Record” with Chicago Cub Sammy Sosa, hitting his 70th on September 27. Four months later, comic book artist, toy mogul, and Image Comics co-founder Todd McFarlane bought it at auction for a cool $3 million, the largest sum paid for a piece of sports memorabilia at the time.

The Teachable Moment: Buy Low, Sell High, or Only Buy For Love

McGwire’s record stood only three years before being broken by Barry Bonds during the 2001 season. In 2010, McGwire admitted that he had used performance enhancing drugs throughout his career in baseball, including during the 1998 season. His achievement, though still an impressive feat, has lost considerable luster as a result. Notably, he was very pointedly not voted into the Baseball Hall of Fame during his term of eligibility.

As a result of this, auctioneers Ken Goldin of Goldin Auctions and David Kohler of SCP Auctions estimate that the record-breaking baseball is now worth “only” $250,000 to $400,00 – a drop of over $2.5 million in 21 years. Since multi-million dollar items are a little outside of our humble house’s area of expertise (For now.~ Scott), we defer to their analysis.

So what’s the lesson? It’s two-fold, both from the buyer’s perspective:

We’ll see you back here in two week for another installment of Hammer Drops!