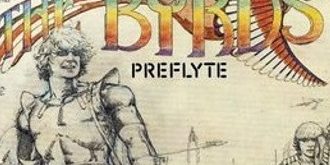 Greetings faithful followers!  And welcome to another edition of Fabulous Finds!  Something a little different this week, as my Fabulous Find overlaps with my love of vinyl records, along with my love of comic books!  It’s the 1973 re-release of The Byrds’ Preflyte album, or LP (short for long player for those not in the know!).  And why does this qualify for a Fabulous Find?  Glad you asked!  It’s because the cover to the album is drawn by none other than, Barry Smith, prior to adding the Windsor to his name!

I mean, how cool is that?  Well, I think it’s cool.  Maybe it’s kinda like the good Doctor’s love of a fez! (a nod to all my Doctor Who buddies!) I’ve going to provide a couple of scans of the same cover art, as the cover seems to have been printed from Smith’s pencil art, without the benefit of inking.  I’ll let you be the judge, but check out the cool coloring to the Byrds name and bird beneath it!

The first is the cover as is: 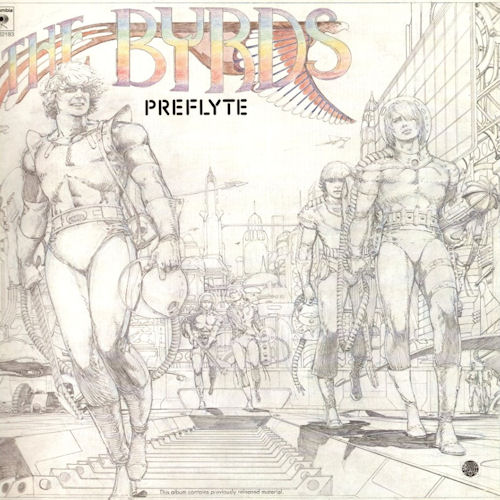 And now here’s an enhanced scan so that you can better see the artwork by Barry Smith: 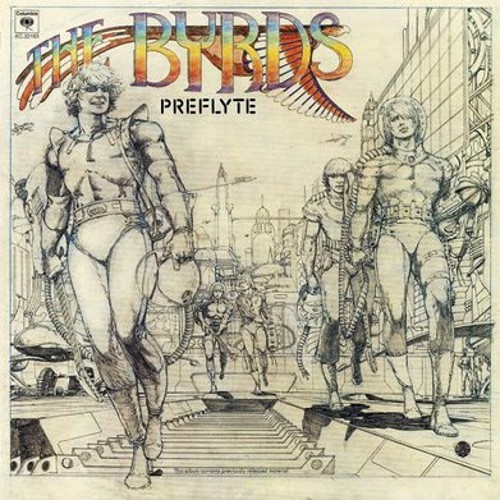 I really don’t know the story behind Smith being asked to do the cover, but the art features the five actual Byrd members as astronauts, walking towards the viewer, with a futuristic city in the background, with cool rocket ships flying above!  The Byrds are Jim McGuinn (later known as Roger), Gene Clark, David Crosby, Chris Hillman and Michael Clarke.

If that’s all you’re interested in then you can stop right here. but if you’d like to know more about the album, please read on!

The original album was originally released by Together Records in July 1969 and featured eleven (11) unreleased demos by the band that would become the Byrds!  A number of these songs were actually written and performed under the name; The Jet Set, prior to renaming themselves the Byrds!  They first formed in 1964 when McGuinn and Clark started out as a folk duo.  Soon David Crosby joined and the trio became the Jet Set.  Shortly thereafter bass player, Hillman and drummer, Clarke joined.  And it was at this point that they changed their name to the Byrds!

In 1969, these early demo recordings were discovered and edited and compiled into an eleven track running order.  The original members of the Byrds were approached and gave their blessing for the songs to be released.  Even though the record was not released by their label, Columbia Records, it did quite well.  In fact it gave their current release, The Notorious Byrd Brothers a run for it’s money in terms of sales.  The album contained an early version of the song, Mr. Tambourine Man, which would later become the Byrds’ first single release on Columbia!

The album was only released in the United States and not in England.  In 1973, Columbia Records secured the rights and decided to re-release the album both in the US and abroad.  And it was then that the Barry Smith artwork was decided upon for the cover of this re-release!

The first song on the album was You Showed Me, which had never been released by the Byrds, but which had become a hit single for The Turtles in early 1969.  In fact it peaked at # 6 on Billboard’s Hot 100!

But I’ve provided the Byrd’s version for your listening pleasure via YouTube: