If you’ve been reading DC Comics for the last few weeks, you might have noticed a strange shadowy figure lurking around the sidelines of the action.  Who is this “mystery woman” and what’s she doing in the new DC universe?

Here’s part 2 of 4 columns (Week 1 can be found right here) dedicated to tracking this person and deciphering what her intentions might be!  Note that there may be some spoilers from either the panels shown or our commentary about the art, so if you don’t want anything spoiled, read your comics before reading the rest of the column!

To kick off the week’s comics, here’s our Mystery Woman showing up in Batman & Robin #1.  Possibly she is here to direct attention to how stupid it is to install a swimming pool right above a nuclear reactor. 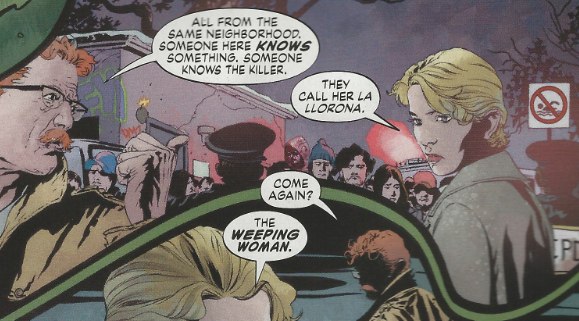 Almost missed this panel in Batwoman #1, where the Mystery Woman is almost completely obscured by the crowd.

In Communist Russia, Mystery Woman appears in YOU.  Or something.  Anyway, here she is in Deathstroke #1 this week, as yet another smirking fat guy with a cigar is about to meet his match. 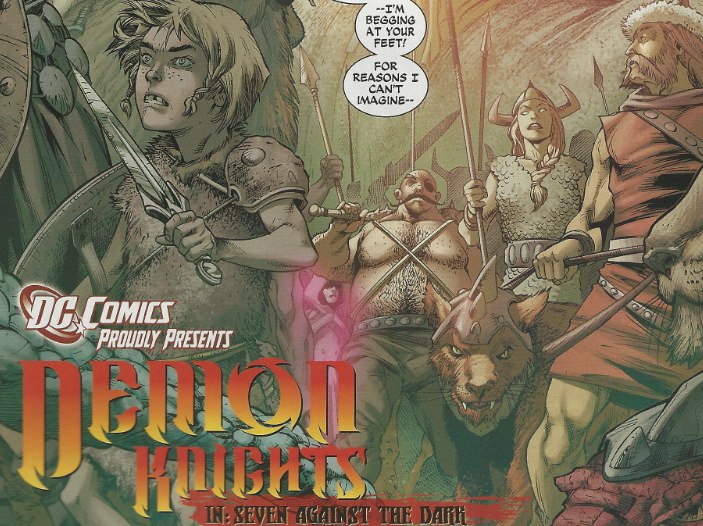 The Mystery Woman makes the splash page in Demon Knights #1!  Now, I haven’t fully read this book all the way through, yet, but this would seem to indicate that she can easily traverse time and/or dimensions, while avoiding being burned at the stake as a witch. 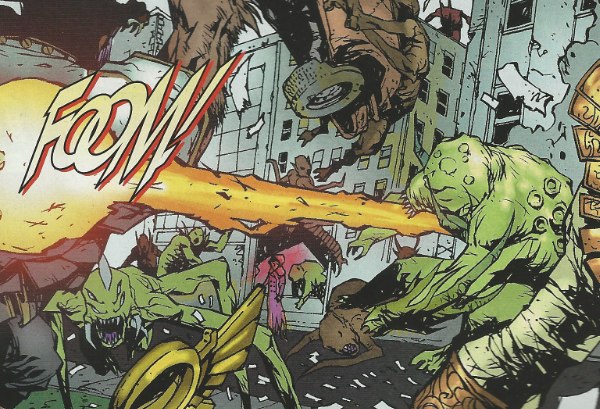 The Mystery Woman hangs out in the middle of the carnage in Frankenstein Agent of SHADE #1.  Our bet is that her insurance deductible must be sky-high.

As Hal Jordan bemoans his miserable pathetic existence without the power ring, the Mystery Woman looks on in Green Lantern #1. 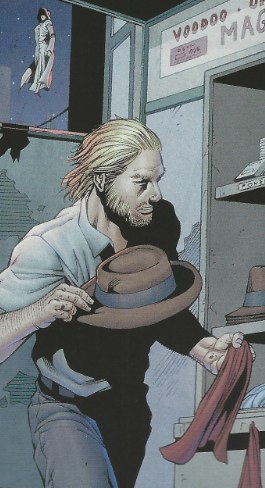 Now, here’s an interesting change of pace.  It’s the first time we’ve seen the Mystery Woman up in the air, ergo she can fly, as well as observe this wackjob, in Grifter #1.

The Mystery Woman looks on as Sammy Hagar’s car is trashed by an alien entity from the future in Legion Lost #1.

The Mystery Woman appears here, in the pages of Mr. Terrific #1, looking a little melted for some reason.  She may be contemplating just how fast this title is going to be cancelled.

Using the lull in the action to ponder just how gross the Red Lantern’s signature projectile vomiting can be, the Mystery Woman lurks in the city streets in Red Lanterns #1.

On the one hand, maybe DC editorial wasn’t exactly clear on the details about how to draw the Mystery Woman.  On the other hand, this looks like a claw-handed Nosferatu, and I had to go through Resurrection Man three times to ensure myself I had the right panel.  Possibly related to the also-gruesome look from Mr. Terrific, above? 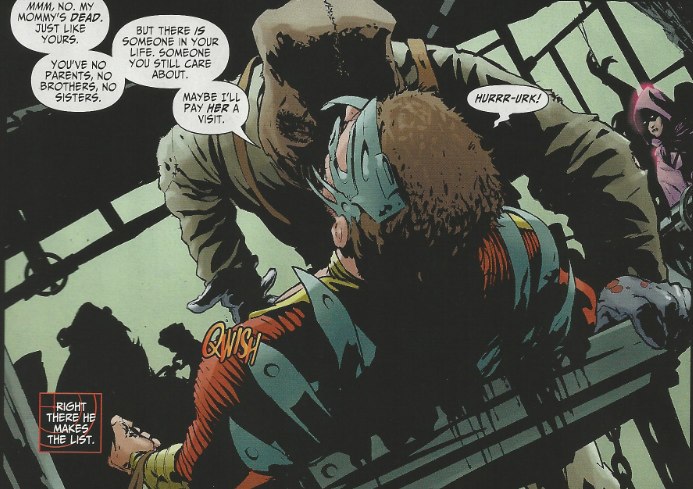 In a flip-flop from the previous panel, the scene here is much more gruesome than the Mystery Woman!  Try not to think about what that sack-faced guy is doing here in Suicide Squad #1.

Lastly for the week, the Mystery Woman appears in Superboy #1, and what’s this?  For the first time, since Flashpoint, a character in the story seems to know she’s there, as you can tell from Superboy’s narration, across the top of the panel.

That’s the whole round of appearances from the NEW DCU Week Two!  We’ll bring you the next collection of appearances once we digest the events of Week Three, coming soon.

We’d like to know who you think this is, and what she’s doing lurking around the DC Universe – let us know in the comments.