Who Are The Dora Milaje Based On? 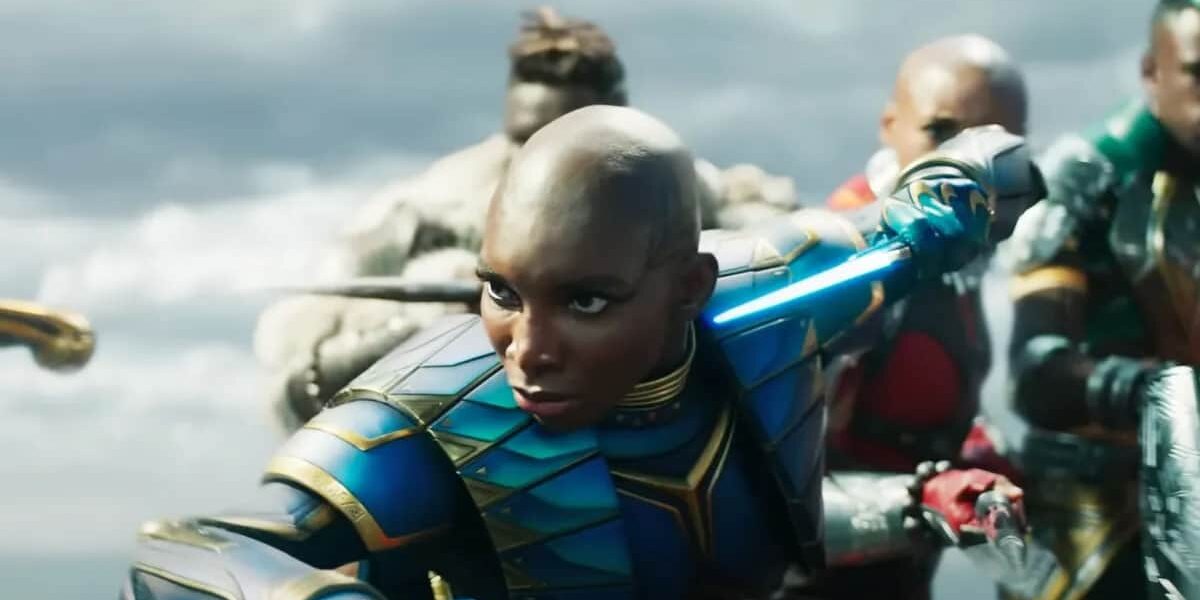 Black Panther: Wakanda Forever hits theaters  this week! In addition to introducing Marvel Comics mainstay Namor to the Marvel Cinematic Universe, it will put the supporting cast from the first movie into the spotlight. Chief among them will be General Okoye and the Dora Milaje, the ultra-badass and all-female royal guard of Wakanda. To honor both their role in the movie and the history that inspires it, we’re looking at the legendary female warriors who’ve inspired Marvel heroes!

The Dora Milaje of Wakanda

The Dora Milaje area relatively late addition to the mythos of Wakanda, having debuted in 1998’s Black Panther #1. Initially a duo, they serve as the bodyguards to Wakandan King T’Challa. Naturally, the bodyguards of a superhero are pretty superheroic in their own right. Dora Milaje is Hausa for “Adored Ones”.

Writer Christopher Priest, who created the characters, explained the Dora Milaje got their start as ceremonial wives-in-training to the king. Each tribe in Wakanda provides one young woman to their ranks. In eras past, they served as a sort-of combination harem and hostages. If a woman from each tribe could become queen, every tribe has reason to not to rebel. The Adored Ones’ relationship with the king is purely platonic by T’Challa’s reign. They functioned entirely as his bodyguards. 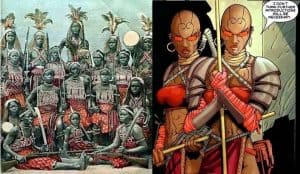 On the left, historical The Agojie. On the right, the fictional Dora Milaje. they inspired

Who Inspired Them: The Agojie of Dahomey

Even if you haven’t read any Black Panther comics, some of that may sound familiar to you. Back in September, a flick called The Woman King hit theaters to great critical acclaim and solid box office success. It told the more-or-less true story of the warriors known as the Agojie. The Agojie are, for ceremonial purposes, “married” to the king. In reality, they are professional soldiers.

The begin as a corps of female elephant hunters known as the Gbeto. Dahomey’s Queen Hangbe converted them into a bodyguard force in the 1700s, sidestepping problems of combining round-the-clock security with feminine decency. Her brother and successor integrated them into the Dahomey military at large. They remained an elite part of the kingdom’s military for over a century, dissolving only when the French conquered it in 1894.

If you’ve got a collection devoted to tough ladies- be that She-Hulk comics, women’s sports memorabilia, female-centered movie posters, etc – Back to the Past is here to help you sell it.

Who’s your favorite Woman of Marvel? Let us know below! And if you want a comment or quote on something we’ve written about, we’re always available! We can be found dang near everywhere as @b2pcollect.