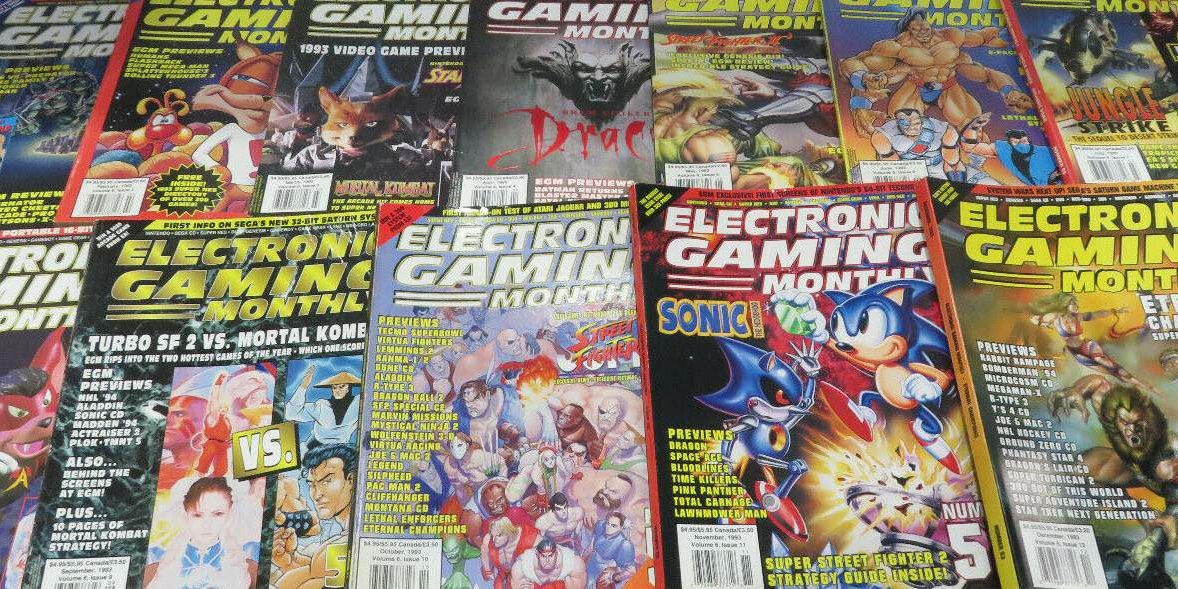 Welcome back to Consigned, Cool, & Collected, where Back to the Past tells you the nifty history behind the collectibles we carry! A collection of Electronic Gaming Monthly back issues recently went up on eBay. It includes the 1989 first issue, listed for $300. In celebration of that, we’re looking at the history of EGM and how it ties to the history of video gaming.

The Birth of Video Game Reviewing 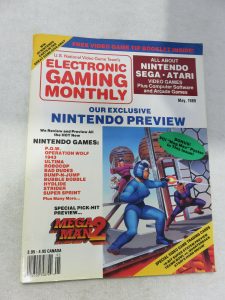 The history of video games in America dates back to the early 70s. Oddly enough, both the arcade cabinet and home console were pioneered by Atari’s Pong. In both forms, it was a run away hit and spurred the creation of hundreds more video games. The proliferation of video arcades lead to the creation of Twin Galaxies. In 1981, Walter Day took a trip across the U.S. to document the high scores on popular arcade cabinets. Upon his return to Ottumwa, IA, he opened an arcade of his own called Twin Galaxies. In 1982, published his findings as the Twin Galaxies National Scoreboard.

For the first time, there was a national way of tracking video game high scores. Twin Galaxies quickly became a respected institution, and remains the premier tracker of video game score records to this day. You might even recognize them from the documentary The King of Kong. In furtherance of the cause of making arcade gaming respectable, Twin Galaxies founded the U.S. National Video Game Team on July 25, 1983. 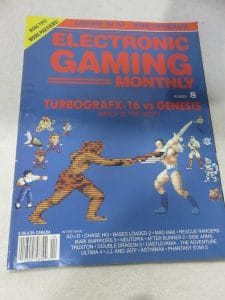 Though a fairly unofficial organization compared to, say, the U.S. National Men’s Hockey Team, the Video Game Team quickly gained prominence within their niche. They toured the country fact-checking high scores, playing competitive exhibitions, and generally instilling a sense of community in the arcade scene. In February 1984, the team attended the Amusement & Music Operators Association Show. Their purpose? To review new video games ahead of their release. This was an arcade game event, and the home console market had all but imploded the year prior.

The Resurgence of the Video Game Console

On October 18, 1985, Nintendo released an updated version of their two-year old Famicom gaming system in North America. Renamed the Nintendo Entertainment System, it was heavily marketed with the interactive robot toy R.O.B. due to the open hostility felt by retailers toward gaming consoles in the wake of the 1983 crash. The hardware had actually arrived in U.S. arcades the year prior, as arcade cabinets of what would become classic NES games. Nintendo also took careful measures in regulating their software in those early days, making sure consumers could be certain they knew exactly what they were buying when they looked at cartridge’s box art.

All of that worked, and the NES became a hit. The U.S. home console market was revitalized in a major way. As the 80s went by, it began eclipsing the arcade market once again. Only this time, it was in a way that would be sustainable. In 1988, the National Video Game team (no longer officially tied to Twin Galaxies) decided they wanted to get into publishing. Their focus would be on the largest gaming market: home console players. 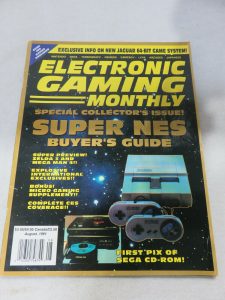 Electronic Gaming Monthly & Video Game Journalism As We Know It

There had been video gaming magazines prior to the launch of EGM. The earliest ones were victims of the Video Game Crash of 1983. The surviving ones were focused primarily on either the hardcore Twin Galaxies types or people in the trades. The U.S. National Video Game Team, however, ran their magazine from the perspective of the everyday player.

The first issue of Electronic Gaming Monthly, released in 1989, was heavily focused of that year’s hot new NES games. That included games like Ultima, Strider, Bubble Bobble, and their cover story preview of Mega Man 2. Their circulation and prominence grew as they reported on the early console wars and the transition to 16 bit gaming. Starting in 1991, the mag became famous for its April Fool’s Day pranks, some of which would go on to become actual video game features. They remained a respected name in gaming journalism into the 00s, though the rise of the internet ultimately buried the magazine. It is still around as a website, with considerably less charm.

For most people, a video game magazine meant the Game Informer subscription forced upon you by Funcoland. Magazines in general don’t retain value very well. They’re designed to appeal to the widest audience possible, after all. Finding these diamonds in the rough is what we excel at Back to the Past! We know our collectible history, and that’s why we want to help you sell your collection. Not ready to sell? We’ll be here every week telling you about more stuff that’s fit to be Consigned, Cool, & Collected.