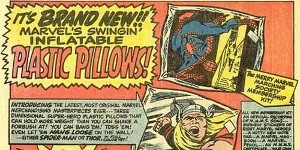 Hey, Hey, Hey, it’s another Fabulous Find!  This week I bring to your attention the 1968 inflatable Marvel plastic pillows from Marvel Comics and Massachusetts Art Pillows.  Maybe you remember seeing them advertised in your Silver Age Marvel Comic books, I sure do.  Though I have never had the pleasure of owning one, I did attempt to buy/win one recently on eBay.  But unfortunately my bid came up short and the pillow sold for $145.00!  Why so high, well, these pillows are a pretty tough find in good condition.   Most kids inflated them, and used them, until they eventually sprung an air leak, then out they went in the garbage!  So finding them today take patience and a bit of luck!  I suspect that there just aren’t many that have survived forty-six (46) years later! 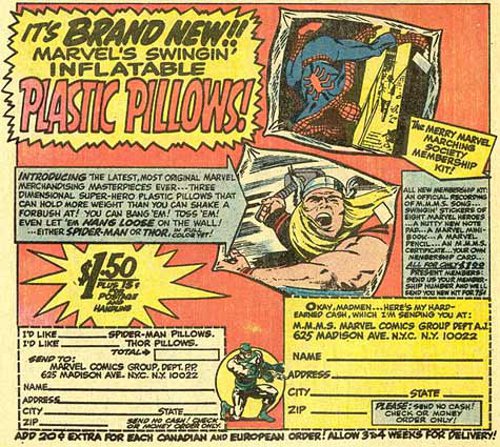 Only $1.50, plus an additional 15 cents for postage and handling, and you could own your very own Spider-Man or Thor pillow!  Not shown in the ad, but there was a third pillow, featuring Sub-Mariner that was available the following year, as well.  The ads began in Marvel comics cover dated, September 1968, so the first time us kids would have seen them was during the summer of 1968!  The ads ran well into the 70’s, so they must not have sold all that well.

Take a look at the individual pillows:  first up is your friendly neighborhood Spider-Man: 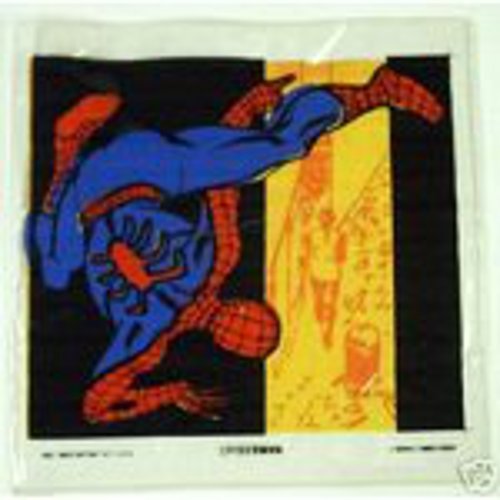 Next up we have the Mighty Thor pillow: 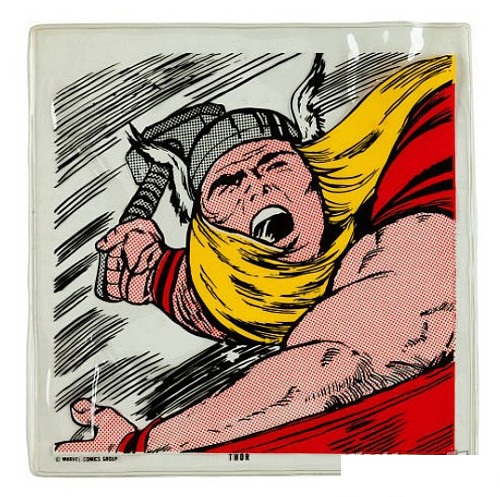 And next the Subby pillow. as I said previously, this pillow may not have been available until the following year (1969) of even later: 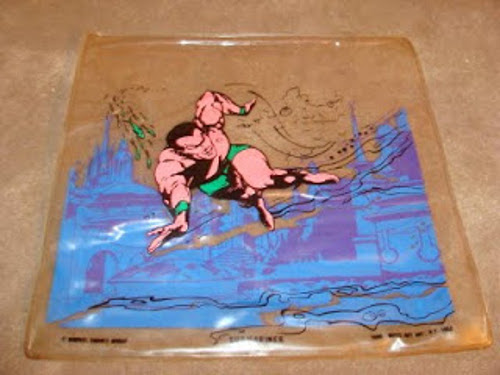 All three of these pillows were/are square shaped.  Then the following year (1969) or possibly a couple of years later, Marvel and Massachusetts Art Pillows offered additional inflatable pillows that were more rectangular shaped, featuring; Spider-Man: 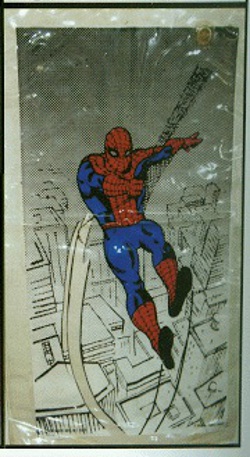 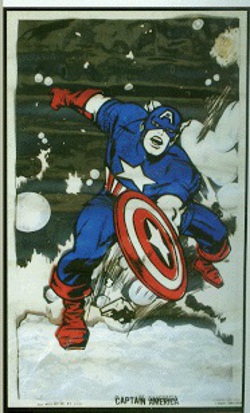 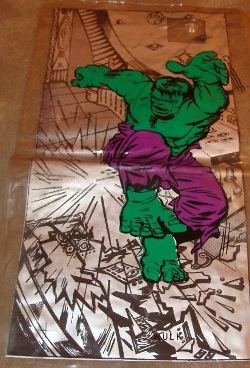 These are totally cool in my book and I sure wished I owned at least one!  The other cool thing about these inflatable pillows, is that when they are inflated, they create a 3-D effect that is totally awesome!

Anyway, that’s my Fabulous Find for this week.  I hope you enjoyed it!  And please come back next week for another RETRO REVIEW and again in two weeks for yet another Fabulous Find!  Til then, stay Marvelous!  be seeing you …