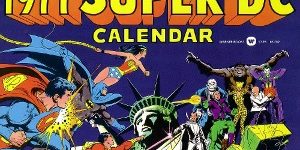 Hale and welcome fans, friends and family.  I’m back once again with a new Fabulous Find.  This week I was rummaging around in the DC annex of the comic book vault buried deep underground my home.  I’ve twice written posts on Marvel Comics Calendars, but this week I thought I’d feature my one and only DC Comics Calendar.  It is from 1977 and it is called; the 1977 Super DC Calendar.  I would guess that it actually appeared in stores in late 1976 for the Christmas rush, if not slightly earlier.  Today the next years calendars often appear as early as September, but somehow I don’t think it was that early back in 1976/1977.

Interested in finding places that buy collectibles similar to this Marvel Comics Calendar?

So what was it that drew my eye to a DC calendar back then, since I was and still am primarily a Marvel Comics guy? Well, first off let’s look at the cover.  Take a look for yourself: 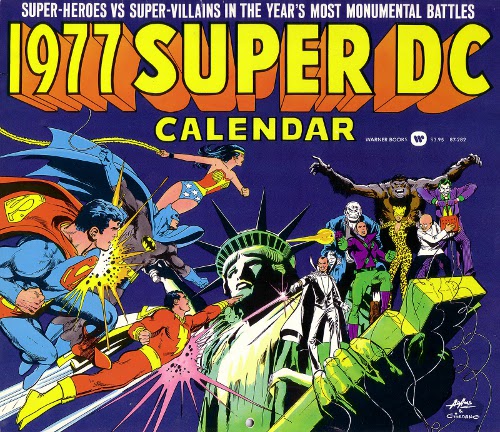 I guess it might have just been that terrific cover drawn by Neal Adams.  Mr Adams has always been one of my favorite artists and I especially loved it when he was drawing for Marvel Comics, but I also bought anything he drew over at DC Comics, as well.  So this cover would certainly have caught my eye in the bookstore or where ever I bought my calendars back in 76/77.  And as you can also see it was inked by Dick Giordano, who inked Neal’s pencils almost as well as he did himself!

You can see it cost $ 3.95 back then, but I’m sure it’s going for just a little bit more today, at least on eBay.  The back cover reprints some of the artwork form the centerfold with way, way too much copy, at least in my opinion.  And hey, it’s the only opinion I’ve got.  It also lists all the artists represented in the calendar, as well as, all the legal copyrights, mumbo jumbo, etc.

So, I bet you would like to see some of the calendar pages.  So rather than keep you waiting any longer, here is a peek at a couple of the months.  First up, January, it features Wonder Woman as drawn by Jose Delbo and inked by Vince Colletta: 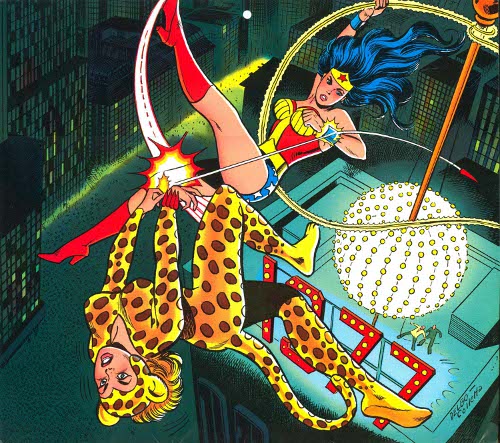 Now let’s jump to June, which features Aquaman as drawn by Jim Aparo. 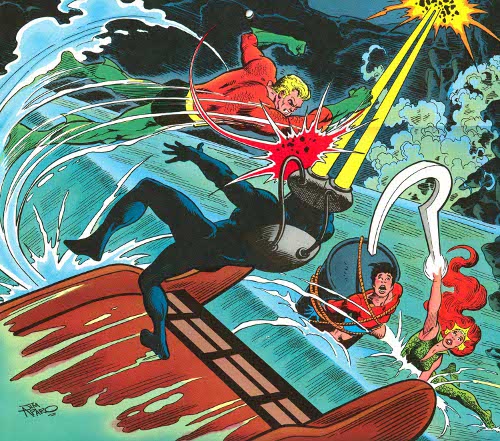 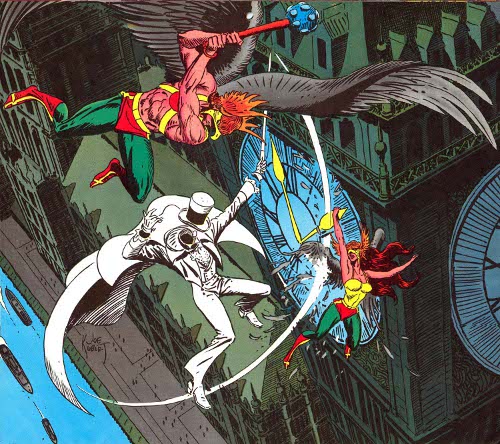 Now let’s jump all the way to October, where we get Neal Adams drawing Deadman and the Spectre! 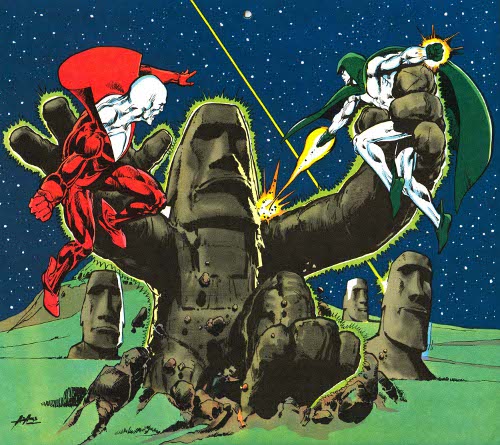 The other months of the year are as follows:  February, Batman & Robin vs. the Joker.  March features Green Lantern.  April is Plastic Man.  May is Superman vs Lex Luthor.  August is the Justice Society of America battling Solomon Grundy, as drawn by Wallace (Wally) Wood.  September features the Flash.  November is the Teen Titans.  And December features Captain (Shazam) Marvel.

I thought you might like to see one of the full pages, so here is the June Aquaman page with the calendar page: 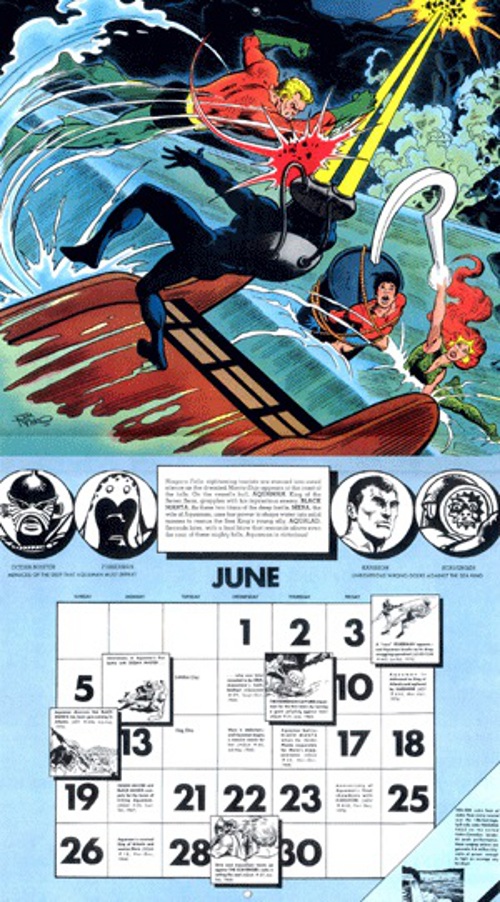 And finally, for any Legion of Super-Heroes fans out there, here is the centerspread drawn by “Iron” Mike Grell: 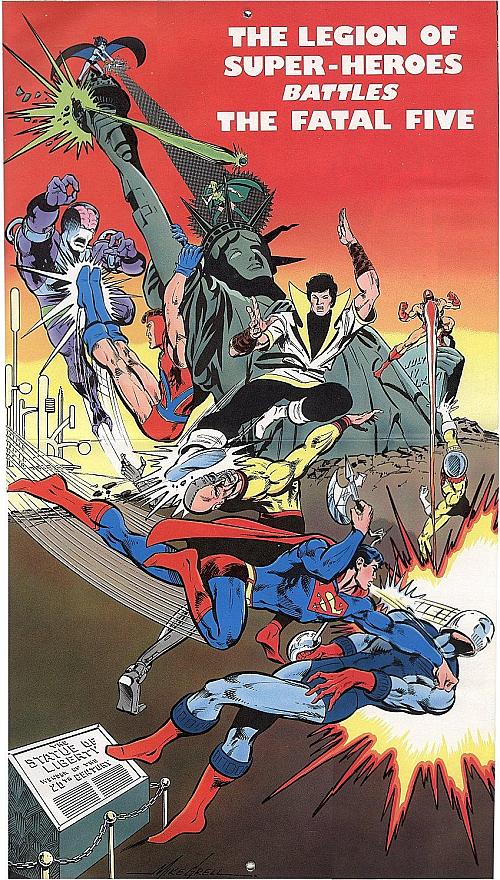 Hope you enjoyed this look at the 1977 Super DC Calendar. I’ll be back again next Friday with a new RETRO REVIEW, and of course, right back here in two weeks for another Fabulous Find.  So until then keep cool and I’ll be seeing you … 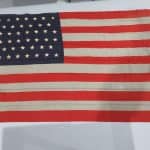 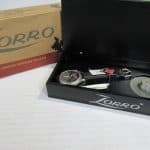