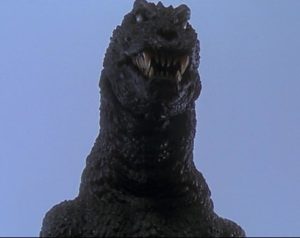 The significantly-less-benevolent-than-usual King of Monsters!

Godzilla, not seen since 1954, returns from the dead to menace Japan once more! What’s more, he’s animated by the souls of those who died – both Japanese and otherwise – in World War II. These angry souls seek vengeance upon the nation that wronged them, and it’s up to a plucky reporter/trash documentarian to awaken the Three Guardians Beast – Mothra, Baragon, and King Ghidorah – to save the country! 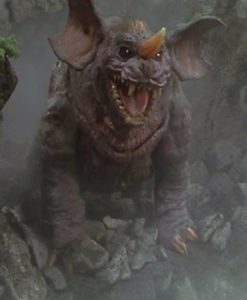 Baragon, the adorable cannon fodder of the Guardian Beasts!

Toho’s iconic Kaiju franchise kicked off with 1954’s Oscar-worthy classic, Gojira. It was a hit, and like all hits it spawned plenty of imitators and sequels (in which Godzilla fought most of the imitators) that moved progressively further from the Anti-Nuclear point the original made. The sequels come in three eras: 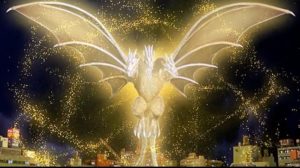 The movie is pretty good, though not great. Godzilla is a terrifying force of nature that allegorically comments on World War II, which brings him back to his roots in a big way. The monster fights are well done, and the Millennium-era suits look really good. The main drawbacks are that the social commentary feels a touch heavy handed and that King Ghidorah as a hero teaming up with Mothra to fight Godzilla just feels wrong. Not my favorite Millennium series flick, but a strong entry.

NEXT WEEK: The ever-prolific Shotaro Ishinormori returns with Kikaider Reboot!