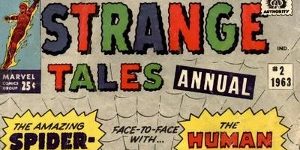 And as everyone knows, if it didn’t sell out, it would have likely remained on the spinner rack until late September or early October, before it would have been pulled.

The cover is drawn by Jack “King” Kirby, with the inks likely done by Sol Brodsky.  At one time it was thought the inks were either by Steve Ditko or possibly Dick Ayers, but both gentlemen have denied that it is their work. Take a look and see for yourselves: 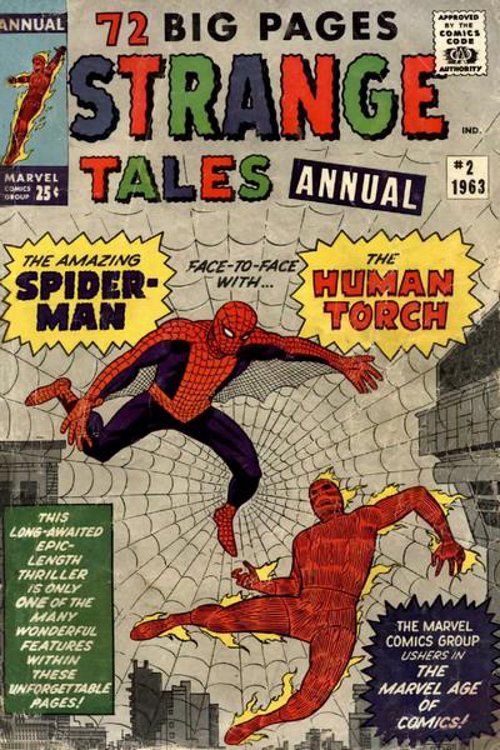 The cover leads the reader to believe the story is entitled; “The Amazing Spider-Man Face-To-Face With The Human Torch”, but once you turn over the cover, you see the actual title to the story is; “The Dazzling Human Torch On The Trail Of The Amazing Spider-Man!”  It is written by Stan “The Man” Lee and I guess he was long winded when he came up that title, and decided that he wasn’t in the mood to shorten it, not one little bit!

The interior art is provided by Jack Kirby on pencils, with the interior inks by “Sturdy” Steve Ditko, and if you’re keeping track, the lettering was provided by “Artful” Artie Simek.

The story begins with Sue Storm, the Invisible Girl, running her brother, Johnny Storm, the Torch, through a series of training exercises.  This is when Sue and Johnny lived in a home together in Glenville, Long Island, before moving into the Baxter Building in downtown New York.  As the two relax after the workout, Johnny pick up a newspaper supplement and gets bent out of shape because the whole thing features Spider-Man!

The scene then shifts to a gang of criminals. lead by The Fox, who successfully steal a painting from the Museum of Art and frame Spider-Man for the theft.  Spider-Man decides to seek the help of his friend, the Human Torch, but the Torch believes what he has read in the morning paper and thinks Spider-Man has turned to crime.

Spider-Man reaches Long Island, where the Torch immediately goes on the attack.  We then get three (3) pages of Spidey facing off against the Torch.  Spidey gains the upper hand and gets away, but the Torch quickly catches up and they are at it again for another two (2) pages.  Again Spider-Man holds off the Torch and convinces Johnny that he is not guilty.

The Torch and Spider-Man then team up to track down the real criminals, including their leader, the Fox.  They find him in a subway station, disguised as an old lady.  The Fox traps Spidey, but the Torch frees him and the chase is on again.  Spider-Man finds the secret trap door under the subway tracks and the two heroes invade the Fox’s hide out, but he’s not there.  Spider-Man uses his spider sense and tracks the Foc to the Bowery, where they capture the other members of the criminal gang.  Spider-Man finds another one of the Fox’s liars, but again he has fled the scene.

Following a secret exit, Spidey and the Torch come out in Central Park, where they again find a disguised Fox and this time Spider-Man captures the criminal and the Torch finds the stolen painting.

One thing I found interesting, is that Strange Tales was the home of the Torch, and his solo stories at this time, but this story really shows Spider-Man twice handling the Torch in battle, then Spider-Man finds and captures the criminals and their leader, the Fox, and pretty much the Torch just tags along!  The story really does not show the Torch at his best, and it’s his own comic, for goodness sake.

Often the hero is defeated and then finds a way to win before the story is wrapped up, but this Lee written story just doesn’t do much for the title’s hero.  It’s the guest star, Spider-Man, who gets the spotlight, as well as, the glory!  It just wouldn’t happen today, is all I’m saying.

The rest of the annual, except for the eighteen (18) pages cover story, includes ten (10) science fiction / mystery reprints of various quality, but I won’t go into them here.

Let me know what you think, by leaving a comment or responding on Twitter or Facebook.  I always appreciate feedback from my readers.  I’ll be back next week with a new Fabulous Find, and in two weeks with a new RETRO REVIEW, so be sure to check back then.  Til then, be seeing you …