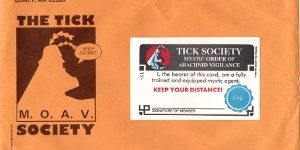 I am often looking at 1960’s and 70’s collectibles in my Fabulous Finds, but this week, I thought I’d pull out something a little more recent.  So for your , hopefully, enjoyment, I present the 1993 Tick M.O.A.V. Fan Club Kit.  It’s copyright Ben Edlund / NEC Press Inc.  NEC, I believe, stands for New England Comics and for those that are not aware, Edlund is the creator of the comic book, animation and live-action television star, The Tick!

The Tick is a character created by Edlund in 1986 as a mascot for the New England Comics chain of Boston area comic book stores.  He was created as a spoof of “serious” comic book superheroes.  After his creation, the character then spun off into an independent comic book series that began in 1988.

In 1994, the Tick debuted on TV in an animated television show on Fox on Saturday mornings.  This show ran for three (3) seasons.  A fun fact, you may not know, is that former Monkee, Mickey Dolenz voiced the animated character, Arthur, the Tick’s sidekick during the first season.  Another actor handled Arthur’s voice in seasons two and three.

In 2001, Fox introduced the live-action Tick television series, starring Patrick Warburton, as the Tick.  Unfortunately this series only lasted nine (9) episodes, though these episodes are beloved by many a fan.  Warburton made an excellent Tick!

But back to the fan club kit.  Here is the envelope it came in: 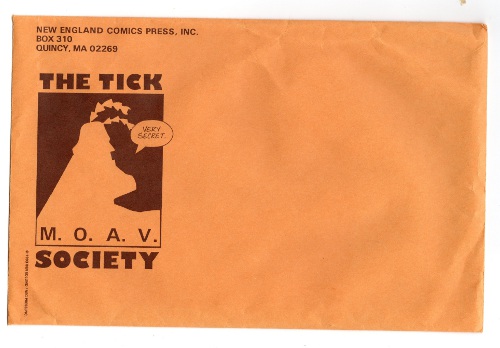 As you can clearly see, it’s very secret!  Can’t wait to see what comes in this envelope, can you?  Well, I’ll show you.

First off, we find out exactly what the M.O.A.V stands for; and that is the Mystic Order of Arachnid Vigilance!  Pretty neat, eh?  The kit included a form to activate your membership in the M.O.A.V. with your Agency number printed on it.  As you can see form the picture below, my number is … 6102. 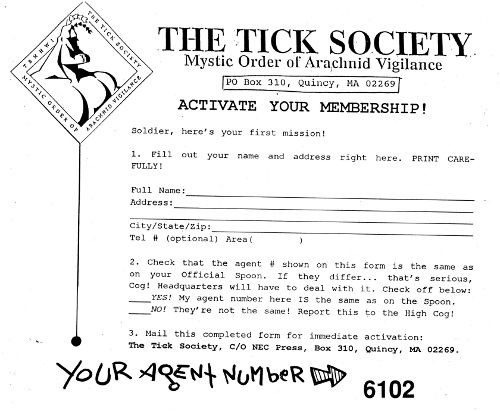 This is followed by the Certificate of Oneness, from the High Cog, himself.  I’d guess that is Ben Edlund, by the signature.  Take a look: 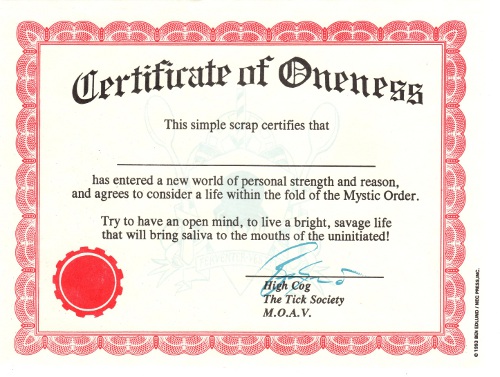 Next we have the Tick Society Mystic Order of Arachnid Vigilance membership card and as a bonus, a ticket to the Circus of the Mighty.  Unfortunately, my ticket was for the May 1992 show and I didn’t get my membership kit until 1993.  Darn! 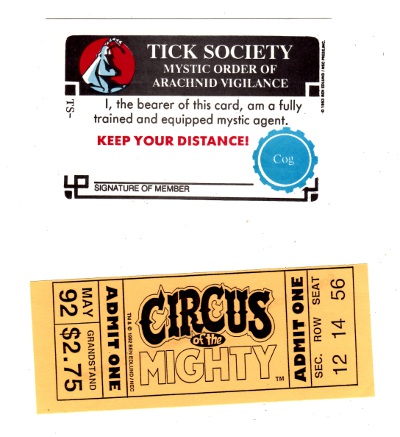 Membership Card and Ticket to the Circus of the Mighty

Included next was a 5 x 7 Tick photograph and facsimile autograph.  Well, technically, the picture is drawn by artist Edlund and not a real photograph, since the live-action show wouldn’t appear on television for another eight (8) years.  But let’s not quibble, shall we. 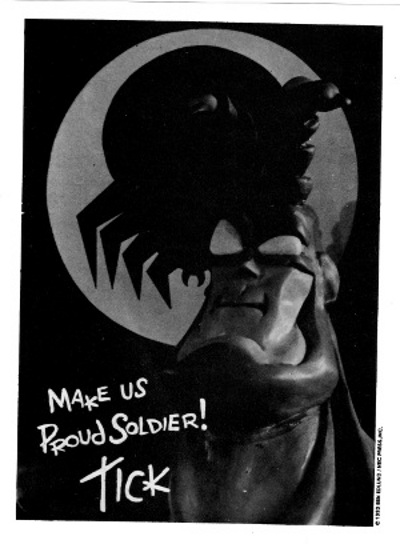 The Kit also included a nifty Tick Society M.O.A.V. pinback or button, if you prefer.  Here it is in all it’s glory: 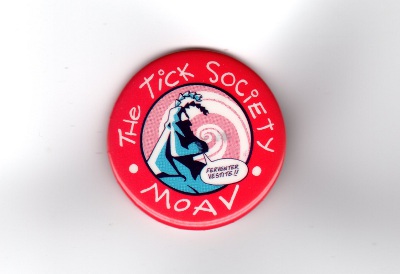 Also included is a M.O.A.V. spoon, which included your Member number on it (see pic).  You wouldn’t think they’d leave on of those out, did ya?  Spoon!  And also included was an Official M.O.A.V. Implement of Menace (otherwise known as a straw)!  Here they are, as well: 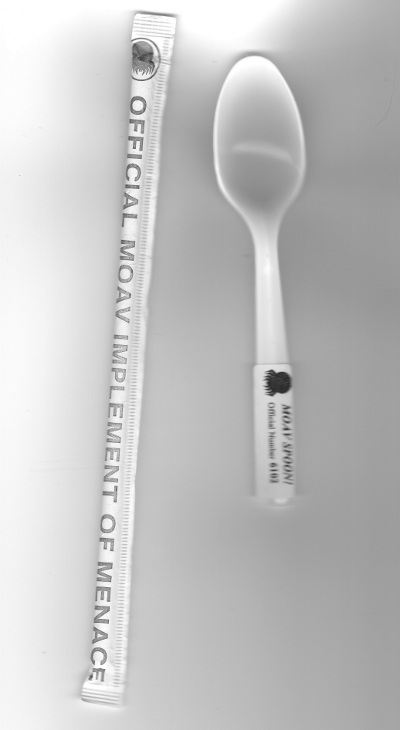 M.O.A.V. Spoon and Implement of Menace

Well, that would be a lot of goodies for your money, but M.O.A.V. didn’t stop there, no indeed.  Also included was a Cypher Matic Decoder Wheel, oh, yeah!  With this you could encode and leave secret messages for your fellow M.O.A.V. members and friends.  Take a look at this awesome enclosure: 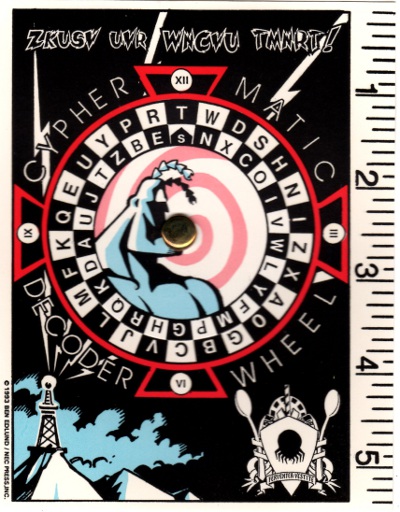 And finally, the kit included one additional item; the Tick Society Mystic Order of Arachnid Vigilance Handbook, which contained helpful hints for existence!  It was a whopping sixteen (16) pages long and contained important things like the Society, Morality, and the Value of Decency pledge,the official Tick Coat of Arms, the New Parasite Manifesto, an explanation of the Tick Society secret handshake, the secret salute and even the secret membership credo, as well as, many other useful and secret things! 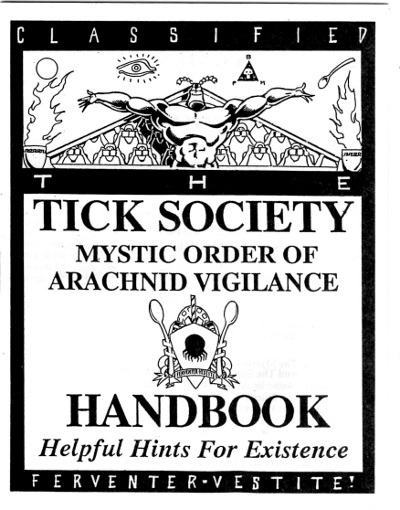 I bet all this goodness makes you want to own one too, right?  Well, you can’t turn back the hands of time twenty years, to buy one new, but I’ll bet you might just be able to find one on eBay, if not today, maybe tomorrow.  So in the meantime, drink a glass of milk and look forward to a rumored new Tick series.  And please check back next week for a new RETRO REVIEW and again in two weeks for another, all new, Fabulous Find.  Be seeing you …