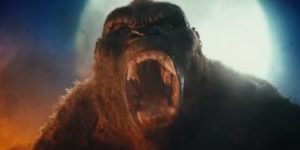 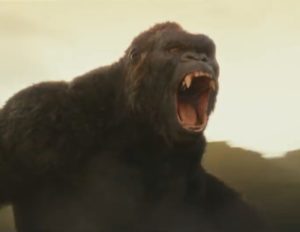 The King of American Monsters

Welcome to Tokusatsu Gesundheit, where we’re deviating heavily from the usual format to talk about an American feature film still in theaters right now. However, it’s not every summer that an American studio knocks it out of the park with a Kaiju picture, much less one set in the wider Godzilla franchise, so Kong: Skull Island deserves a spotlight in these pages.

The King of the Skull Crawlers

The U.S. government runs a mapping expedition to a mysterious island in the Pacific Ocean (nicknamed Skull Island) that has been newly discovered via satellite photography. Piggybacking on this mission, unknown to most of the military and government personnel involved, is Monarch – an international agency dedicated to studying Massive Unidentified Terrestrial Organisms. The laughingstock of the Department of Defense, Monarch’s going to find all the proof they need to justify their existence on Skull Island…if they survive the experience. 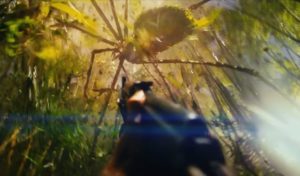 Historically, the Godzilla franchise has gobbled up all of Toho’s other Kaiju flicks to retroactively create a fairly sprawling cinematic universe. Standalone features – Mothra, Varan The Unbelievable, Rodan, Frankenstein Conquers The World, The Mysterians, and many more – were brought into the Godzilla franchise via cameos, references, reimaginings, and crossovers. Even America’s favorite giant monster, King Kong, was first brought in years ago.

Following Marvel Studios’ pioneering work in creating elaborate cinematic universes and Warner Bros. own successful American reboot of Godzilla in 2014, the owners of DC Comics started building a Kaiju cinematic universe in earnest alongside their “DC Extended Universe” series of films. Kong: Skull Island proves they’re strong out the gate on at least one of those universes. 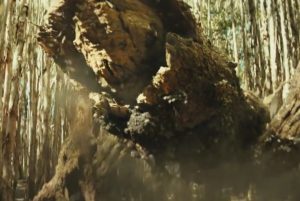 This film, while very well done in its own right, has the real strength of being able to more closely copy Marvel Studios’ format, right down to a post credits scene teasing the next step in the universe, without fear of being seen as a knock-off. It works very well as a standalone feature and as the Captain America: The First Avenger of the WB Monsterverse, and you should see it.

You should also have a look at the really cool lots of Godzilla figures coming up in Saturday’s Vintage Toys, Action Figures, Comics & More! Auction, live online and in-showroom at 6 PM on 3/25. 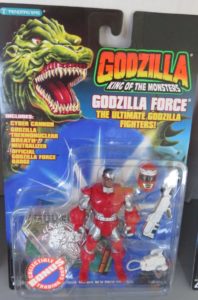 Guess what show was big when Trendmasters created the Godzilla Force. Go on, take a wild guess.

See you back here next week for Strange Times & Places!