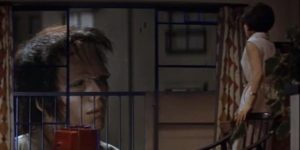 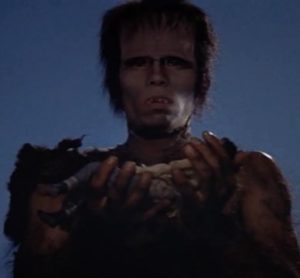 Welcome to Tokusatsu Gesundheit, where even American monsters are seen through a Japanese lens. Today, in honor of the Halloween season, we’re watching the 1965 Toho/UPA coproduction Frankenstein Conquers The World.

In the waning days of World War II, the still-beating heart of Frankenstein’s Monster is given to the Japanese army by the German government. It’s taken to a research facility in Hiroshima, where it’s unintentionally exposed to the most effective creator of giant monsters – nuclear radiation. Twenty years later, a little boy with a suspiciously flat head is found living on the streets of the city. He’s brought into the care of some scientists studying the effects of radiation on the city and quickly starts growing, first to adulthood and then to giant size. He eventually escapes captivity, right around the time a burrowing kaiju named Baragon starts menacing the country side – and we all know what happens when two kaiju share the screen. 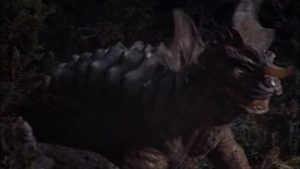 The film that became King Kong vs. Godzilla started life as King Kong vs. Prometheus (a play on full title of Mary Shelley’s original novel), a flick that would have pit the great ape of Skull Island against everybody’s favorite cadaver puzzle. Toho liked the idea of a giant Frankenstein’s Monster movie and repurposed the idea as Frankenstein vs. Godzilla, before realizing that Frankie took up most of their proposed story and reworking the flick to swap the King of Monsters out for an original creation.

They fight. That’s what happens when they share a screen.

The movie’s actually a pretty darn good as a Frankenstein story and a kaiju flick, bringing an uncommon spin to both. Tsuburaya’s special effects, though of their time, do not disappoint and the acting (even the dubbed acting) is fine if bog standard for the genre. It’s a solid kaiju picture and a good one to watch this time of year.

NEXT WEEK: Strange Times & Places takes us to a world where Kal-El is a Frankenstein creature in The Superman Monster!