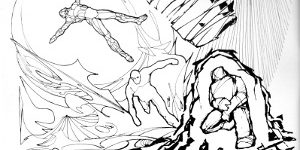 I’m a little under the weather this week, so I’ve got to hurry this Fabulous Find, so it will be a “down and dirty” review of Abraxas # 1, a fanzine published in 1972 by Rickey Shanklin.  It features a pretty cool cover by one of the great amateur fanzine artists that ever put pencil to paper; John Fantuccio. 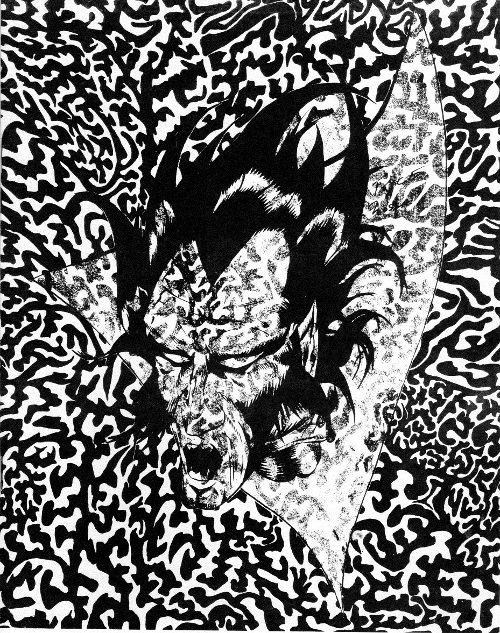 I do not see a credit, but I’m pretty sure that John has drawn the Marvel Comics‘ villain, Mephisto.  It’s actually a wrap-around cover, but the back is just more squiggles, unless it was an early hidden-eye picture!  But I sure can’t see anything there.

Inside this fanzine gets started with a bang, a five (5) page prologue which leads into a eleven (11) page story entitled; “Deliver Us From Evil” that is written by Gerry Boudreau and drawn by Walt Simonson.  The story ends with a “to be continued” tagline, but I do not know if any chapters that ever followed this one.  Anyone know?

There are a couple of poorer strips written by editor Shanklin with even poorer art featuring a character named; Geezis Kryst.  I think that pretty much says it all.  And a longer story entitled; “Cause & Effect” also written by Shanklin.

And finally the fanzine wraps up with another John Fantuccio illustration, this time of DC Comics‘ Batman.

Here is that illo: 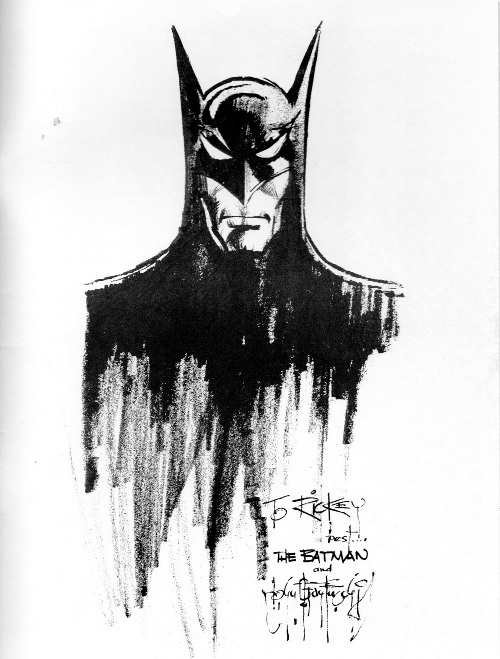 Batman by John Fantuccio from Abraxas # 1

Maybe not the all-time best fanzine but well worth owning, if just for the early Walt Simonson artwork on the long strip, sixteen (16) pages worth, as well as, the John Fantuccio cover and full page Batman illustration 0n the inside of the back cover!

Sorry for the short column this week, but I’ll be back again next week with a new RETRO REVIEW and again in two weeks with another Fabulous Find.  Til then …