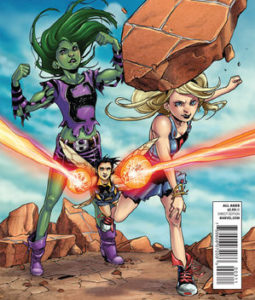 I’d say this one is an Imaginary Story, with character histories and relationships liberally altered to suit the high school setting.

High school student Janet Van Dyne thinks she’s all alone in the world – she’s a social outcast, her crush doesn’t know she exists…and she can shrink to the size of a bug. She will soon discover, however, that she’s not the only girl at her school with superhuman abilities – and that there are people out there who would use her abilities for their own enrichment. 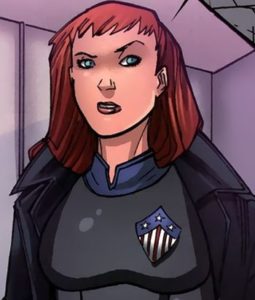