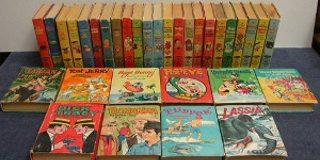 This week, I’ve visited the comic book and collectibles vault buried deep beneath the ground, at a secret location, known only to a very few “in the know” people, and I’ve brought to light the 1968 Whitman Aquaman Scourge Of The Sea Big Little Book.

It obviously features the DC Comics character, Aquaman, and was published by Whitman Books, with DC Comics permission.  The story is written by Paul S. Newman.  Unfortunately the artist is unknown, but he does a very nice job.  I suspect that the artist was a “house artist” at Whitman, at the time.  The book is copyright 1968 by National Periodical Publications, Inc. and produced in the U.S.A. by Western Publishing Company, Inc.

Here is the front cover to the Big Little Book, measuring in at 3 & 3/4 inches by 5 inches: 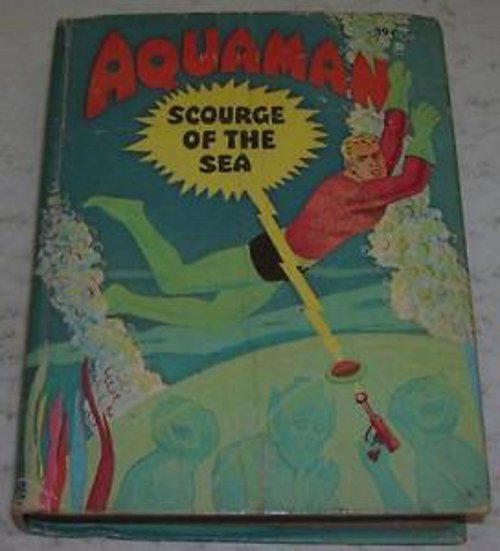 While researching the book for this column, I was able to find this picture of the original art that was found in the Whitman warehouses;  take a look and compare to the actual cover used on the Big Little Book (BLB): 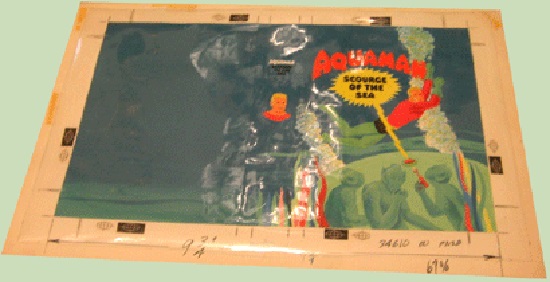 And to be complete, here is a picture of the published book showing the front cover, the spine and the back cover all at once: 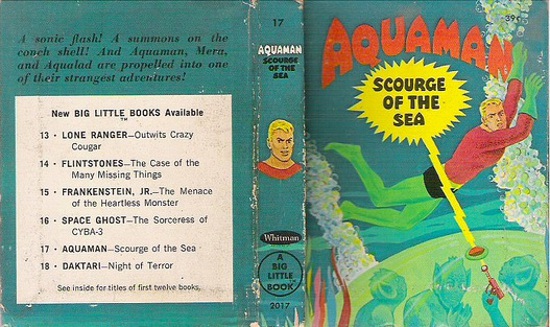 As you can see on the spine this book is number 17 in the series, or officially, 2017, since it is in the 2000 series.  You can also see other of the books published in the series, numbered 13 through 18.  I in fact wrote about the Space Ghost Big Little Book previously.  If you’re interested, you can find that column right here:  http://gobacktothepast.com/fabulous-find-space-ghost-big-little-book/

So, what’s this one about?  Well, it seems something strange has crashed into the sea.  It is giving off radiation and so the commanding U.S. Navel Officer calls for Aquaman.  He actually blows into a conch shell to summon our hero!  Aquaman and Mera answer the call and quickly leave to investigate.  They are overcome by strange green scaled fish like creatures and left floating on top of the ocean.  The creatures then attack the land, blowing up an oil storage facility.

A worried Aqualad locates Aquaman and Mera and brings them back to Atlantis, where they recover.  The invaders contact the powers that be and explain that they are from a distant planet, and demand a billion dollars in diamonds that they claim powers their electronics. 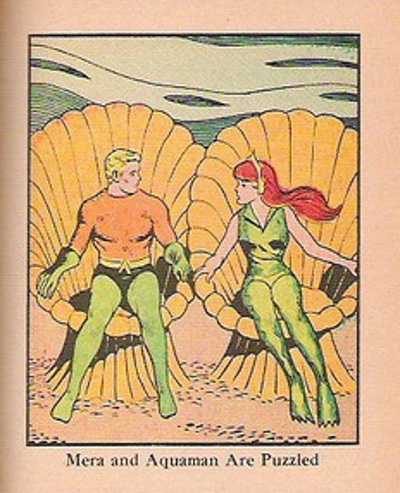 Using a “quake-activator”, the invaders cause an underwater earthquake which causes a tidal wave and the city of Boston is flooded.  Aquaman, Mera and Aqualad sneak up on the invader’s undersea lair using a floating kelp ball. Don’t ask! 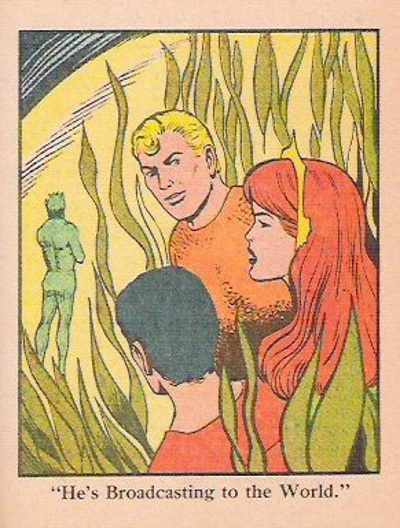 The heroes manage to get inside, with Mera using her hard water powers to drill a hole in the wall of the invaders lair.  They attack but are once again defeated and held prisoner.  Aquaman uses his telepathic powers to control his fish friends and working in concert, the fish manage to flood the invaders hideout and revived by the water, Aquaman, Mera and Aqualad overcome the invaders. 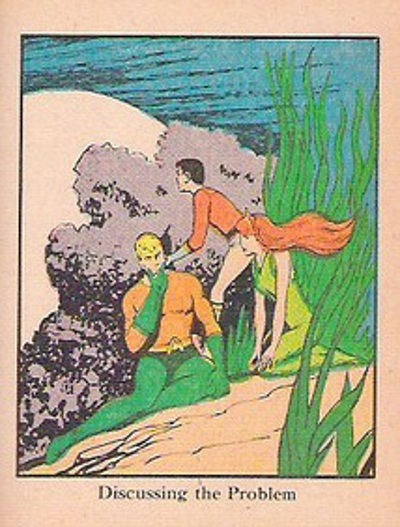 There is a twist ending, but I won’t give that away, just in case you decide to track down your very own Aquaman Big Little Book.

These Whitman Big Little Books are a nice addition to anyone’s collection and they are not all that expensive.  They are also readily available on eBay at any given time.  They all are not based on super-heroes, as you can see from the list on the back of the cover above, but they all offer a fun story and pretty good artwork.  So I definitely recommend them to you.

That’s all for this week, but please stop back next week for a new RETRO REVIEW and be sure to come back in two weeks for a new Fabulous Find.  But let me leave you with one final image, of all the 2000 series, Whitman Big Little Books.  Be seeing you … 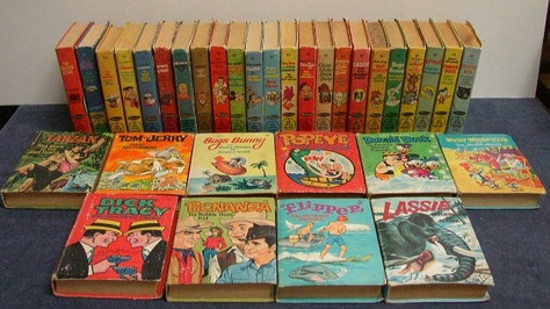