1 out of 5 – Would Recommend: Firehead 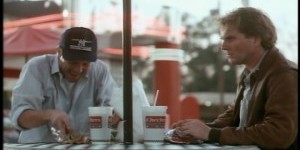 Welcome back to 1 out of 5 – Would Recommend, where good actors go to pay their mortgages. Rarely has that been truer than with this week’s movie, 1991’s Firehead.

A telekinetic Russian super soldier, Ivan Tibor, goes rogue two years after defecting to the USA and starts blowing up low level munitions factories – earning him the nickname “Firehead”. An old friend of his, a dorky government research scientist (Chris Lemmon, less talented son of Jack), is paired up with a sexy special operations agent to track him down. When it turns out that Ivan’s onto a much bigger conspiracy, his pursuers join forces to bring down the shadowy Upper Order!

It’s produced by David Winters, producer/director of the Reb Brown classic, Space Mutiny. Firehead lives up to those lofty standards and then some.

Firehead is pure direct-to-video, 1990’s basic cable grade schlock. It’s just terrible enough to be unintentionally funny but just good enough to hold your attention from start to finish. It will never be a legend like The Room or The Miami Connection, but it definitely worth a viewing. 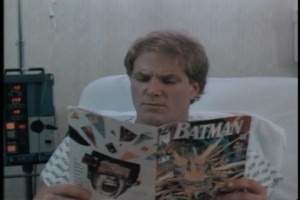 We can’t fault Firehead’s choice of reading material, though.