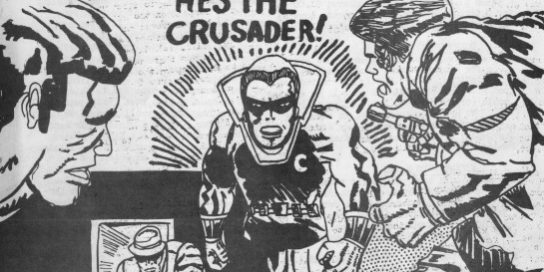 Well, here I am again, for another Fabulous Find. This week/month I’ll be taking a look at another local Detroit fanzine. This time it’s The Fan Informer # 10, cover dated January 1969. This Detroit based fanzine was edited by Desmond Jones and the front cover is penciled by his brother, future comic book professional artist, Arvell Jones. The cover was inked by Melvin Mickens.

The fanzine runs only fourteen (14) pages, but they are a jam-packed fourteen pages!  Technically the fanzine was presented as a newsletter and cost just 15 cents a copy when it was published.

The interior front page contained the editorial, written by Desmond, as well as, a list of contributors, plus subscription and ad rates.

Page three (3) is a news report on Marvel Comics, with Black Panther and Hulk art.  Page four (4) is a club news and notes section, where offset printing is discussed.  This page also includes some artwork of Marvel characters drawn by Desmond Jones.

Following this is a four (4) page try-out comic strip featuring the Crusader.  It is written by Wayne Oliver and it is drawn by Arvell and Desmond Jones.

Next up is the letters page, entitled; Fans Inform.  It runs three (3) pages and is made up of letters from South-Eastern Michigan.  Most from Detroit fans and one from “far-away” Troy, MI.

Up next is a very short beginning of a fan written story.  It is written by Randy Dargo & Greg Hendricks and is entitled; The Travelers.   Also on this page is a plug for the upcoming Detroit Triple Fan Fair (i.e.comic book convention).  Also included on this page is another word from editor, Desmond.

Following is another fan fiction story.  This one is a little longer, a full page, and it is complete in this issue.  It’s entitled; The Sub-Conscious and is written by Peter Jaksa.