Welcome back for another Fabulous Find.  Glad you could find your way here once again, or welcome if it’s your first time.  This week I’m bringing to light the short-lived series of small graphic novels published by Byron Preiss Visual Publications Inc.  The series was called Fiction Illustrated and they published four book in the series during 1976 and 1977.  I myself, only own the first three in the series and need to pick up the fourth book in the series, to complete my set.  The one I’ll be writing about today is; volume 3, which is written and drawn by Jim Steranko, and features his character; Chandler.

The novel is entitled; “Red Tide” and it features, as I said above, private eye, Chandler.  He stands “over six feet and has a talent for trouble and an eye for beauty, all rolled up in a trenchcoat with a pocketful of bad luck.”  He’s “a sucker, a suspect, a lover, a loser, a victim, and a hero.”  In this his first appearance, the reader gets “a high voltage manhunt” as Chandler is trying to find “a sadistic murderer without a face” who is loose in New York City.

The back of the book refers to the story as being a “movie-length visual novel created in the tradition of Sam Spade and Philip Marlowe”.  Being a fan of detective fiction and comic books, this sure made me want to buy it and delve in immediately!  Here is the cover to volume 3: 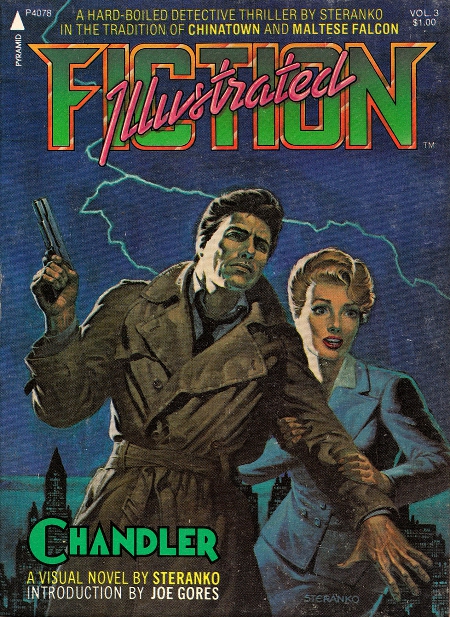 As you can see the cover is done by Steranko, as well as all of the interior art.  Steranko also wrote the story and Byron Preiss acted as editor.  The book only cost a dollar ($1.00) when it was published in 1976.  In fact all three of the first books only cost a buck when they came out.  The drawback was that they were printed on cheap newsprint, like a comic book, and the books themselves only measured 4 3/4 inches by 6 1/2 inches.  But besides those two things it really was a tidy little package!

“Red Tide” opens with Chandler in his office, where he receives a visitor/client.  The man tells Chandler that he only has seventy-two (72) hours left to live, and he hires Chandler to find his murderer.  The man, Bramson Todd, has been poisoned and there is nothing that can be done to save him.  He is a failed artist, who’s favorite model was his own wife, he now manages a Madison Avenue art gallery.

Todd believes he was poisoned because he witnessed a crime while leaving a gambling boat the week before.  Then the witnesses were slowly dying off.  One a victim in an auto accident, one an apparent suicide.  Todd moved to a hotel but it looked like the killer had found him and began to slowly poison him, as well.  Chandler agrees to try to find the faceless killer and accepts Todd’s retainer.  Here is a look at pages 12 and 13 of the story, where Steranko illustrates the dockside crime: 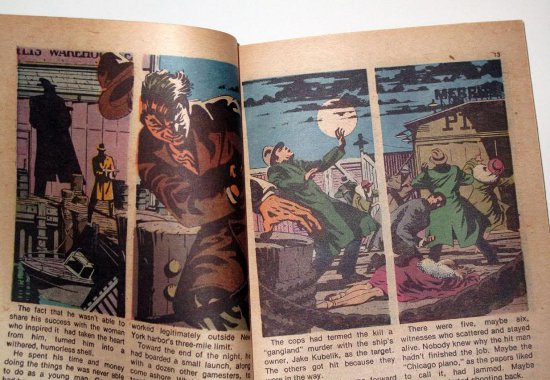 I won’t go into the story page by page, but I think you get the idea.  Private eye, Chandler, begins to scour New York in search of the killer and encounters many denizens of the nightlife within New York  City, from waitresses, to cab drivers, to underworld hoods, while trying to get a lead to the killer.  He picks up the first inking with the mention of a ship named, Lady Luck, which is owned by Mrs. Winfield Crane.  Chandler visits the yacht and has an altercation with Arnie Danzer and a hood named Horace aboard the ship, but gets no answers.

The next day he goes to visit Mrs. Crane, only to discover that Mrs. Crane is the girl he was once went out with, ten or eleven years ago, named Ann.  His first look at her, when she opened the door and before he recognized her; “she stood there in a pale negligee the color of an amber whisper that became invisible against the morning light.  Her gold hair reached down to touch her ivory shoulders, and framed the kind of silhouette that would always keep men from being with themselves in her company.”  Wow, purple prose, but it paints quite a picture, doesn’t it?

Later that evening, Chandler continues to investigate and ends up at the Neptune Club, where he again encounters Mrs. Crane/Ann, as well as, a bunch of hoods and a small fish tank filled with piranhas.  Chandler manages to survive the encounter and retires home.  The next evening, Chandler is visited by Anne, who basically throws herself at him.  Take a look: 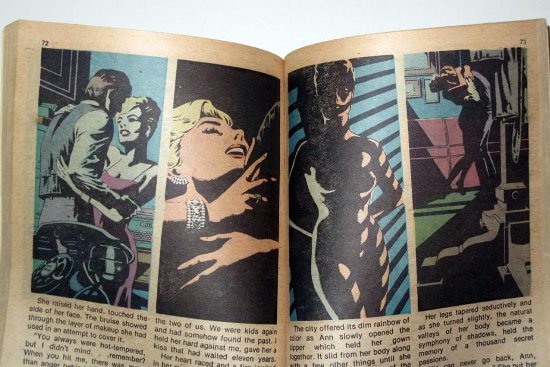 Chandler’s client contact him and Chandler rushes out on Ann and meets up with Todd.  Together they are shot at, but neither is hurt badly.  Later that night, or actually early the next morning things coalesce and Chandler makes another visit to the Lady Luck.  Here’s a look at some of the action that takes place on the yacht: 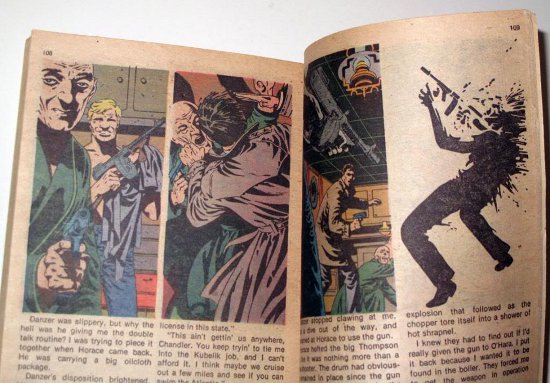 After this action, and the results of the fight, Chandler figures out who the killer is and heads off to the final, slam bang confrontation/ conclusion.  I’ll stop here though, so that I don’t spoil the ending for anyone that decides to hunt this collectible down and add it to their collection.  I think the story is well written and obviously very well drawn by the master, Jim Steranko.  I highly recommend it, if you like hard-boiled detective style fiction and if you love great art, then you can’t go wrong with this book, but if you love both, well then this is a book for you.  Go out and find it now!

I believe the story was reprinted in a deluxe hard cover edition on better paper.  I think it was entitled simply; “Chandler” and was printed in a larger size, as well, but I do not own this edition.  I guess I should search this out myself, so if anyone has a copy and would like to help me out, please let me know.  Oh, before I go, here’s a look at the covers to the other volumes of Fiction Illustrated: 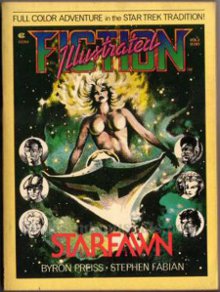 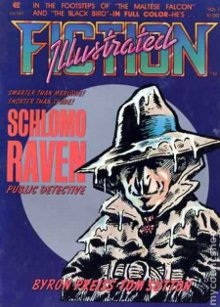 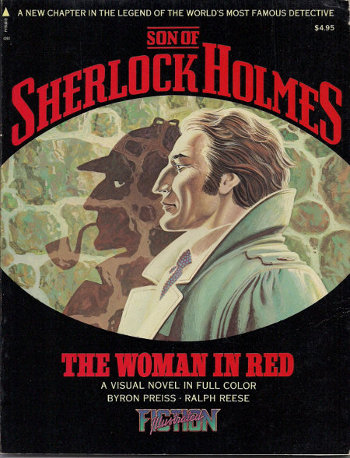 See ya all next week for a new RETRO REVIEW.  Til then, stay frosty!