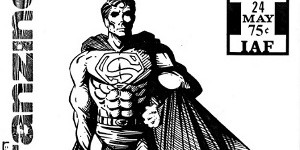 Hey there comic book fans!  Welcome back for another edition of Fabulous Finds.  This week I’m only going back to 1984.  Wow, still over 30 years ago.  That is a time when I was most involved with comic book fandom, as is witnessed by the fanzine I’ve pulled from my collection this week; It’s A Fanzine # 24.  This terrific fanzine ran for fifty-one issues. That’s quite an accomplishment, as most fanzine only see a few issues, at most.  It’s A Fanzine was published by the Iowa Comic Book Club, with Gene Kehoe serving as the long time editor.  This issue is dated; May 1984.

This issue ran 28 pages and it is chocked full of goodness!  The front cover is a very nice drawing by well known fan, Francis Mao, featuring Superman.  Here it is: 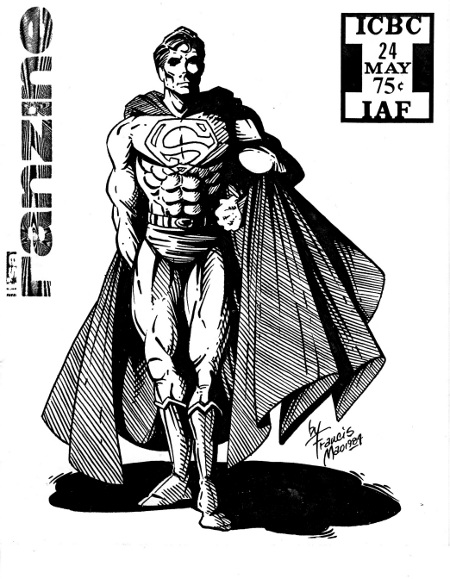 Inside the front cover is an editorial from Gene Kehoe and a message from club President, Mark Metz.  Page three features the column; Forgotten Heroes.  It is written by Lawrence Stewart and he writes about the group known as The Sentinels, which were featured as a back up strip in Charlton Comics‘ Thunderbolt, issues number 54 through 59.

Next up is two pages covering reviews of new comics and books.  Following this is part three of The Incredible Story of Citizen Gaines, written by Patrick Price.  Then it’s Spotlight by Greg Robertson, which is a continuing listing of every Dell Comic book.  This edition is part four.  Following this is the Comic Book Report Card, where members of the Iowa Comic Book Club grade current comics.  For example they gave Superman a C+, Uncanny X-Men a B , What If? a C+ and Wonder Woman a D+.

Next, Gary Cooper (no, not that Gary Cooper (the actor)) writes about what he considers the Ultimate EC Fanzine, Squa Tront # 9.  Following this one page article is a five (5) page Dave Garcia Portfolio, featuring eight pieces of artwork.  Here is an example of his work, found on page 16: 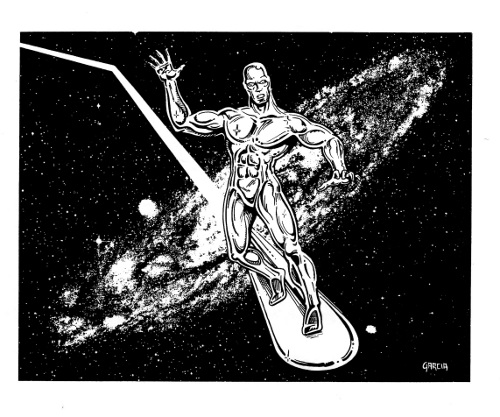 Some of you might be familiar with Dave, as he brought his own character, Panda Khan to comics.  But it didn’t last long, if you blinked, you probably missed it!  Next up is Change, Change,Change a new (Un)Limited Visions column, written by Dennis McDonough.  Following this is A Message from the Crimson Crusader, written by Kevin Hayner.  He is writing about an episode of the television show; Dragnet.

After this we come to a column written by yours truly, Greg Turner, entitled; One Fan, 1 Opinion.  In this one page article I am responding to an earlier (Un)Limited Visions column by Dennis McDonough and comments made by Marvel Comics‘ editor, Jim Shooter, regarding mini-series.

The fanzine wraps up with a five (5) page letter column.  I will mention that I have a letter of comment printed in this section and also an illustration of Thor I did a few years earlier which editor Gene Kehoe chose to print.  Here it is, so you can see it to: 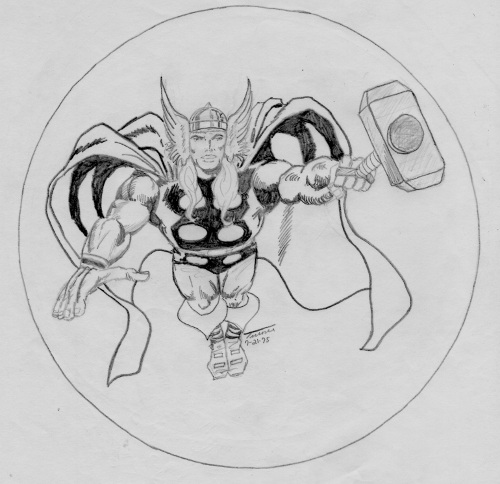 Please forgive me for writing about a fanzine that I contributed to.  Hopefully you will allow me to share my fanish roots and not hold it against me.  But the bottom line is that It’s A Fanzine is a pretty good little fanzine, much like the fanzines I love from the sixties!  Occasionally you can find them for sale on eBay and Gene may still have copies of the last couple of issues for sale directly from him.  If you get the chance don’t hesitate to give one or two a try.  If you’re interested, I can let you know which issues I contributed to, other than this one.

Oh, before I go, let me share the back cover with you.  It features DC Comics character, Terra from the Teen Titans and it is drawn by Fredd Gorham: 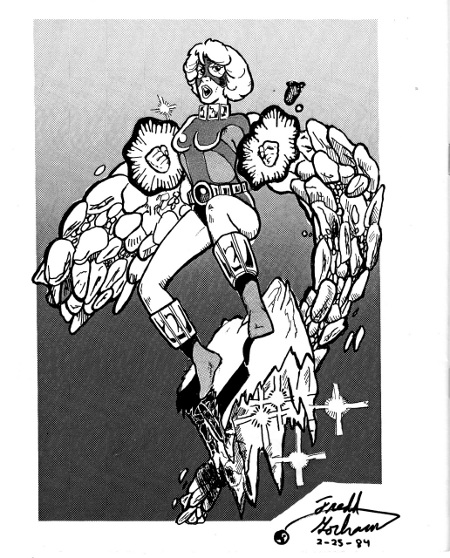 Hope you enjoyed this edition of Fabulous Finds and please return next week for a new RETRO REVIEW.  Be seeing you …